Democrat Jack Conway, preferred by progressives, has closed the gap with Dan Mongiardo in the Senate primary 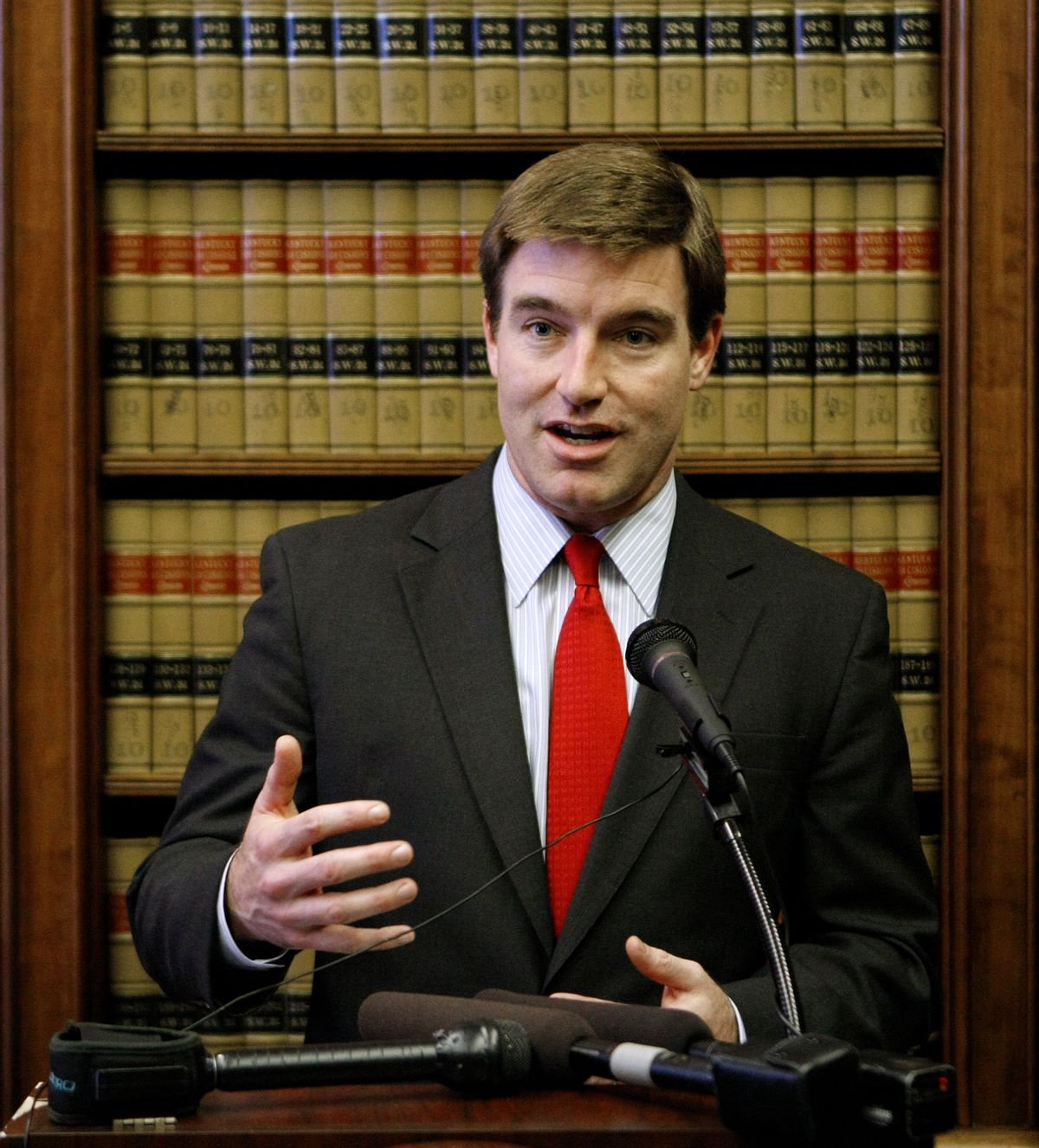 A new poll in Kentucky may have Democrats feeling better about their chances there this fall -- in part because Republicans still look likely to nominate tea party favorite Rand Paul, and in part because Attorney General Jack Conway has, apparently, caught up to embattled Lieutenant Gov. Dan Mongiardo in the Democratic primary.

The poll, conducted by SurveyUSA for the Louisville Courier-Journal and WHAS-TV, shows Paul -- son of Rep. Ron Paul -- beating establishment GOP candidate Trey Grayson by 15 points, 45-30. Conway, meanwhile, closed what had been an 18-point lead a month ago, and now trails only 35-32, which is within the poll's margin of error. (The poll was conducted using automated phone dialing, which many pollsters consider less reliable than more traditional methods.)

Long the favorite of progressives, Conway seems to have surged thanks to a combination of factors: he went on TV before Mongiardo, who doesn't have as much campaign cash available as Conway; unlike Mongiardo, Conway says he would have voted for the healthcare reform law if he had been in the Senate; and lately, Mongiardo has been under fire for taking a housing allowance from the state and running up big expenses traveling out of Kentucky. Last week, Conway put up this ad attacking Mongiardo:

Conway's campaign thinks they have the momentum in the race, and the healthcare split helped. "It was one of the first very clear contrasts in this race between the two candidates," spokeswoman Allison Haley says. "Jack said it's time to stand up and be a Democrat, and I think that Kentucky Democrats are with him." Aides to Mongiardo, who lost in 2004 to Republican Sen. Jim Bunning, couldn't immediately be reached. Spokeswoman Kim Geveden told the Courier-Journal Conway's momentum would slow "once his days of having the airwaves to himself are over."

Kentucky wouldn't ordinarily be a state Democrats would be watching in a year like this one. But Paul, who shares many of his father's libertarian views, may not be the ideal candidate even in a good Republican climate. He wants to abolish the Department of Education and the federal income tax, which would probably be just fine with many Kentuckians -- but he also wants to end the war in Iraq and repeal the Patriot Act, which isn't quite where mainstream GOP voters are these days. Besides that, a Paul win would be a blow to Senate Minority Leader Mitch McConnell, a Kentuckian who is very strongly backing Grayson.

So the new poll is piquing some interest. "In this Red state (at the federal level), Democrats continue to have one of its best pickup opportunities," Markos Moulitsas wrote on Daily Kos Tuesday. "If the economy picks up a little bit, running against crazy ol' Rand, we stand a real chance. Give us Conway as the Democratic nominee, and we may actually have reason to get excited about this."

The primary in both parties is May 18.