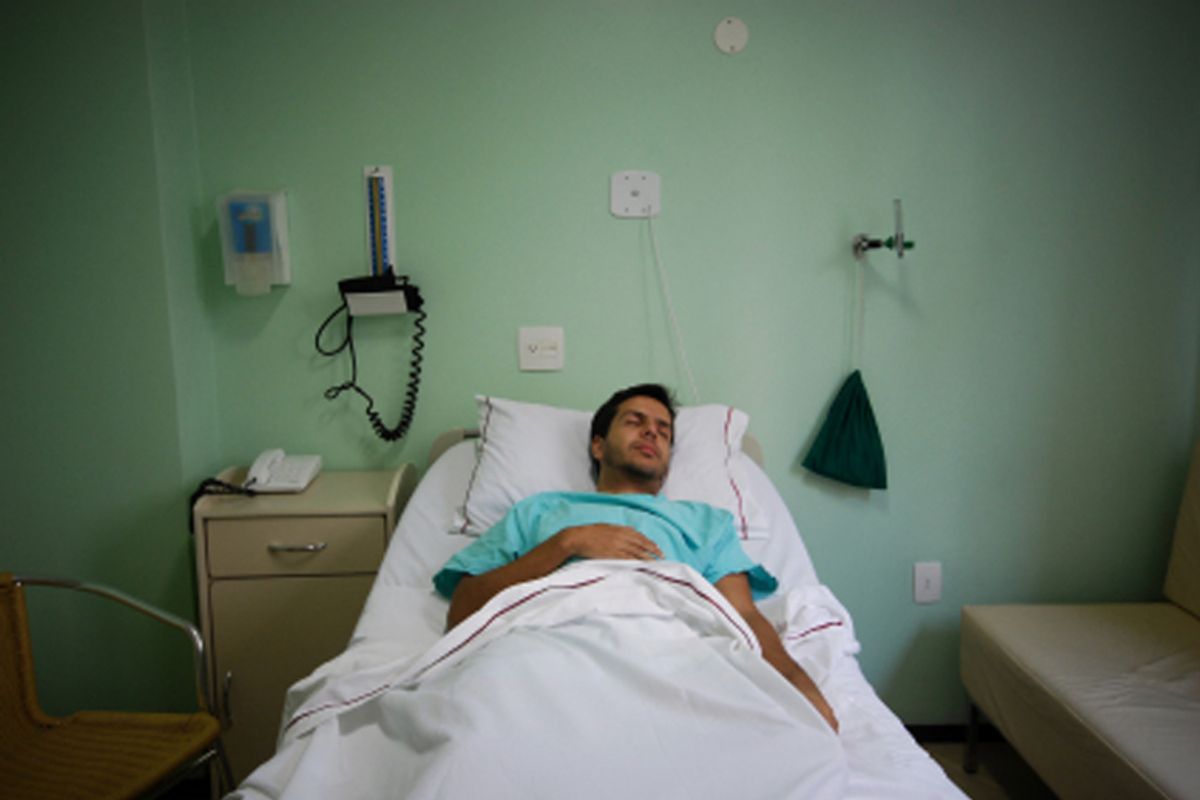 From today's Department of Good News That's Long Overdue: On Thursday, President Barack Obama issued a memorandum to Health and Human Services that will greatly broaden your choices in who gets to see you — and make decisions for you — if you're hospitalized.

Though the title is deceptively unassuming, "Respecting the Rights of Hospital Patients to Receive Visitors and to Designate Surrogate Decision Makers for Medical Emergencies" just might bring tears to your eyes. With its too-true observation that "every day, all across America, patients are denied the kindnesses and caring of a loved one at their sides," the memo cites in particular "gay and lesbian Americans who are often barred from the bedsides of the partners with whom they may have spent decades of their lives — unable to be there for the person they love, and unable to act as a legal surrogate if their partner is incapacitated" — and says that the time has come to change that.

While some states, such as North Carolina, are already moving forward to allow patient to designate their own visitors, the new rules will expand those rights nationally to assure that all "hospitals that participate in Medicare or Medicaid respect the rights of patients to designate visitors" and "guarantee that all patients' advance directives, such as durable powers of attorney and health care proxies, are respected."

The memo comes too late for some. Janice Langbehn and her partner, Lisa Pond, were together 18 years, had four children together, and had power of attorney for each other. Yet when Pond was dying of a brain aneurism in a Florida hospital, Langbehn was denied the right to be with her in her final moments. On Thursday, after taking a call from Obama expressing his sympathy, Langbehn issued a statement saying, "I hope that taking these steps makes sure that no family ever has to experience the nightmare that my family has gone through."

The new guidelines aren't just a good idea for gay couples, though — they matter to anyone whose definition of "family" extends beyond traditional parameters. A few years ago, I had to pass myself off as my best friend's sister to get access to her when she was hospitalized. (We're just lucky we look alike, and that as women, the discrepancy in our last names could be attributed to marital status.) But no one should have to lie to be near loved ones, ever.

Though the rules will take time to enact and have already been called "pandering to a radical special interest group" by the radical special interest group Family Research Council, the memorandum comes as a welcome bit of muscle flexing for all Americans who might ever find themselves in a hospital — or at the bedside of someone who needs them. Because at those moments, as the memo simply and eloquently explains, "all of us would hope to have a hand to hold, a shoulder on which to lean."