"The Secret in Their Eyes": Argentina's Oscar-winning romantic thriller 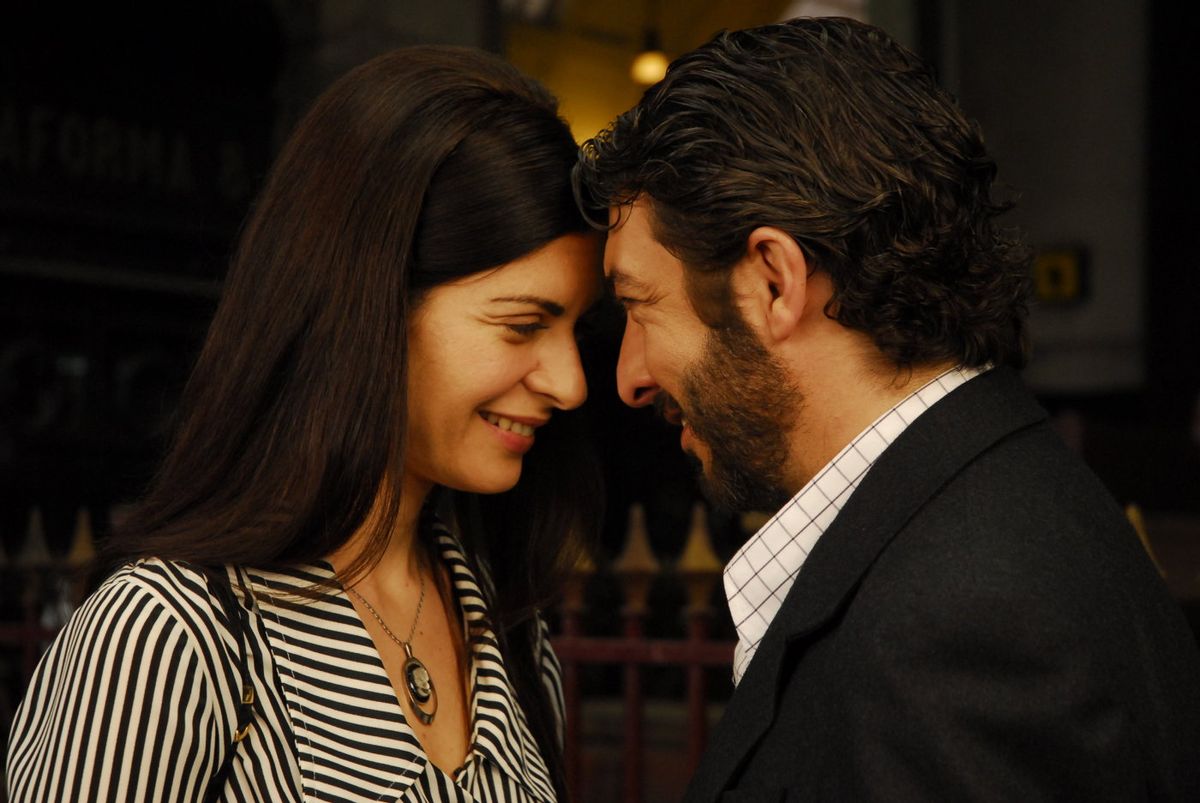 Soledad Villamil and Ricardo Darín in "The Secret in Their Eyes."
--

Sometimes it's too easy to get completely cynical about the clueless weirdness of the Academy Awards' foreign-language category. Not that there aren't reasons to. Oscar's bizarre one-movie-per-country rule typically knocks out some of the year's best global cinema; Pedro Almodóvar's "Broken Embraces" wasn't even the official Spanish selection this year. Then you see terrific, challenging films that actually wend their way through the process and get nominated — like Michael Haneke's haunting fascist fable "The White Ribbon" and Jacques Audiard's prison drama "A Prophet" — but don't win.

So the espresso-depresso, America-hatin', cinema-snob crowd (of which I am a charter member) were predictably up in arms, sight unseen, over this year's Academy pick, a pulpy noir romance from Argentina called "The Secret in Their Eyes." Now that I've actually seen Juan José Campanella's film, which pairs Latin American stars Ricardo Darín and Soledad Villamil as a prosecutor and judge obsessed with a 25-year-old crime and with each other, I'm going to back off my previous attitude. It's not that "Secret in Their Eyes" is better than Haneke's or Audiard's films, exactly, but you can see why it jumped out at Oscar voters. It's a chewy, satisfying, artfully crafted drama that's crying out for an American remake — but see it now, before Hollywood screws it up.

Darín plays Benjamin Espósito, a retired, divorced prosecutor who lives alone in circa-2000 Buenos Aires and is trying to write a novel about the murder case that poisoned his career, back in the darkest days of Argentina's military dictatorship. (I think George Clooney, in his downtrodden, thick-set "Syriana" mode, could pull this role off.) But Benjamin's real agenda may be reconnecting with the unspoken love of his life, upper-crust society-girl judge Irene Menéndez Hastings (Villamil), who was also once his boss. Could Julia Roberts pull off Irene's combination of femininity and gravitas? Maybe.

Campanella and cinematographer Félix Monti have shot the film as a sweeping, elegant blend of extreme character closeups and deep-focus compositions, which almost literally seems to carry Irene and Benjamin into the past. For at least half the film, in fact, Darín and Villamil play the characters as younger people, after the 1974 discovery of a 23-year-old woman named Liliana Coloto, who's been raped and murdered in her apartment. Benjamin promises Liliana's husband, Ricardo (Pablo Rago), that the killer will get life in prison, and launches an investigation that soon focuses on a drifter from Liliana's hometown. (In Argentina's European-style justice system, prosecutors supervise criminal investigations.)

But in '70s Argentina, things are rarely what they seem to be on the surface, and Isidoro (Javier Godino), the leading suspect, proves a surprisingly slippery fish for Benjamin and his drunken, owlish sidekick, Pablo (the marvelous character actor Guillermo Francella). When they eventually track Isidoro down, he's packed in among thousands of other fans in one of Buenos Aires' soccer stadiums. It's a bravura sequence that simultaneously recalls the tracking shots of Martin Scorsese and the Kezar Stadium scenes from "Dirty Harry."

But the capture of Isidoro is, in many ways, only the back story to "The Secret in Their Eyes." After that, the dense, gritty crime procedural takes a turn into nightmarish mystery. Irene and Benjamin, who have slowly been drawn together, are blown apart and end up marrying other people. One character dies gruesomely, while Isidoro walks the streets freely, a gun in the belt of his polyester suit.

Once Campanella and co-writer Eduardo Sacheri (author of the original novel) move the action back into the movie's present tense, and Benjamin and Irene begin to face their unfinished, quarter-century-old business, we get a pileup of implausible plot developments that test even the outer limits of melodrama. But it's all delivered with considerable style, fluency and emotional conviction, capturing in vivid personal terms the intense pain of a society still dealing with the hangover of fascism.

"The Secret in Their Eyes" is now playing in New York, Boston, Los Angeles and Washington, with wider national release to follow.