This week in crazy: Michael Bloomberg

A New York City plan to charge homeless people rent in the middle of a recession -- cruel, or just crazy? 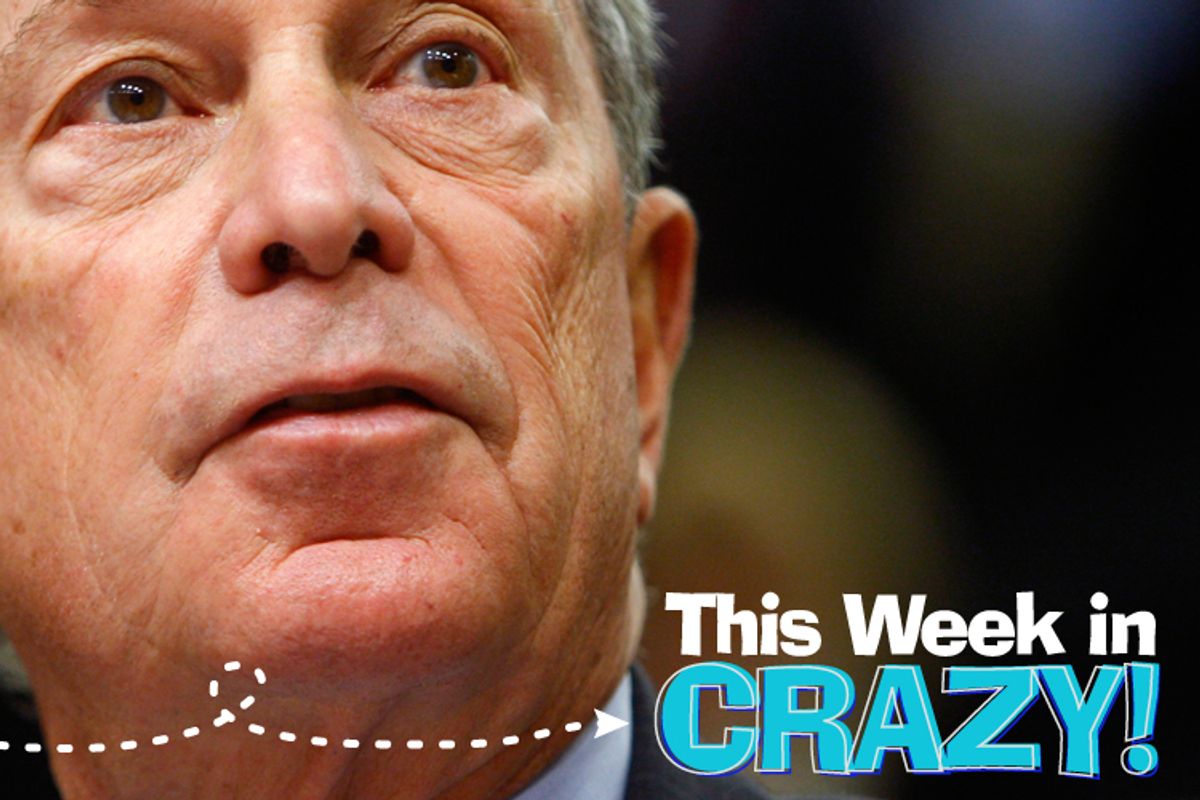 It's been a while since New York Mayor Michael Bloomberg had to worry about paying the rent. After all, he's got an official residence that the city provides him, though he's never lived there at any point during his nine three terms in office. That's because he's the 23rd richest person in the world, worth an estimated $18 billion, which is the kind of money that can leave you with a certain rarified real estate taste. For Bloomberg, this means that home isn't just where the heart is — it's also where 12,500 square feet in a five-story beaux-arts limestone townhouse on the Upper East Side is.

So maybe it's not fair to call him crazy for his administration's plan, announced this week, to charge homeless people rent for living in city shelters. Bloomberg may be a man of the people, the kind of guy who rides the subway to work no matter how much money he's worth (even if he has his driver drop him off at the subway stop), but even the most benevolent good-government technocrat can lose track of the pain of the New York City housing market somewhere in those limestone-encased 12,500 square feet.

Fair or not, though, the plan still sounds, well, crazy. Deciding to enforce a 1997 state law that it has mostly ignored since then, the city will require homeless families to pay for staying in a shelter if they earn an income from work. For a family making $10,000 a year, the rent would be $36 a month; a family making $25,000 a year would pay $926 a month. About 80 percent of homeless families will be exempt from the charges, but that still leaves a lot of people who would have to pay them. Bloomberg tried the same move last spring, but the threat of a lawsuit kept him from following through.

Of course, the proposal has been couched in the nurturing language of empowerment. "Open-ended handouts, we know, don't work," Deputy Mayor Linda Gibbs told the New York Daily News. The goal here is to give homeless families a sense of ownership over their space in the homeless shelter; charging them rent will make them feel like it's theirs. The city's budget crunch, naturally, had nothing to do with the idea — which could raise up to $3 million a year.

The problem here, as advocates for the homeless started shouting as soon as the Bloomberg plan resurfaced, is that anyone who's living in a homeless shelter even though they have a job could probably do better things with their money than pay the city $926 a month — namely, save up for a security deposit and first month's rent on an apartment. Plus, the city plans to kick people out of the shelters if they can't pay the rent that officials think they should be able to cough up. Which makes New York City homeless shelters just the same as the heartless landlords that the shelters are supposed to be a last resort to escape from.

Bloomberg isn't the first New York mayor to crack down on the homeless. Rudy Giuliani tried to have them arrested, back when he was busily shooing them out of Times Square to make room for more neon lights and TV studios. But he may well be the first to charge them for the "privilege" of living in temporary shelters, as if they were desirable addresses. It could be worse, though; at least he's not doing it in the middle of the worst economic downturn since the Great Depression.