The "woman we love" is not herself in the men's magazine 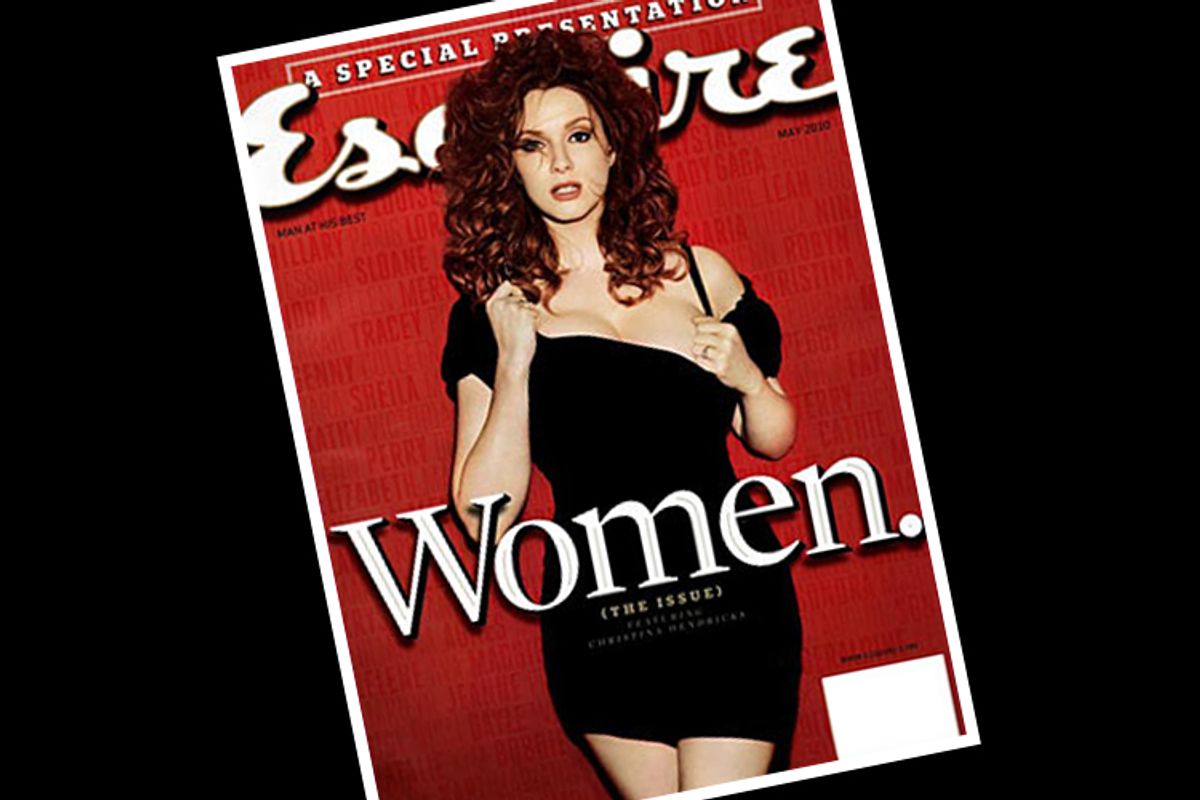 When Esquire magazine recently crowned "Mad Men" bombshell Christina Hendricks the "best-looking woman in America," you didn't hear a peep of complaint from this camp. A lady who's curvier than both Olsen twins put together? Who, days away from turning 35, is practically geriatric by Hollywood standards? Who belongs to that much maligned, occasionally kickable breed -- redheads? That's a little victory for unconventional-yet-awesome women everywhere. But if Esquire really thinks Hendricks is so great, why, then, did the magazine choose to display her on the May cover looking entirely unlike herself?

Sure, Hendricks sports  a wanton expression that wouldn't be out of place on Joan Holloway's face, and that bod is unmistakable, but there's something unnervingly off about photographer James White's image. Is it the longer-than-usual hairstyle? Nope -- Hendricks went full-on Rapunzel for a February issue of New York magazine and remained instantly identifiable. Is it the enthusiastic makeup job? It's certainly edgier than she normally goes, but no, that's not it either. Maybe it's a combination of too much styling, too much retouching and a choice of shot that somebody, somewhere should have ixnayed, but the way the whole thing comes together sets off our creeped out, "You're not our Christina!" detectors. Celebuzz concludes she looks like a Julianne Moore impersonator, but I see an unfortunate resemblance to the Svedka robot.

At least in the accompanying story, she's the same old outspoken Hendricks we've grown to adore -- one who admits she "can't stand" Facebook and encourages men to wear tank tops less and say "panties" more. (Yes, please.) We're glad to see that the recently married actress is as fierce and sexy as ever. But considering how much about Hendricks – her beauty, her body, her ballsiness -- goes outside the bounds of cookie-cutter stardom, it would have been nice for Esquire to celebrate the woman they love by presenting her as the woman we love, too.