Ladies, back away from the BBQ

Anthony Bourdain calls it a man's meat, but this female BBQ snob begs to differ 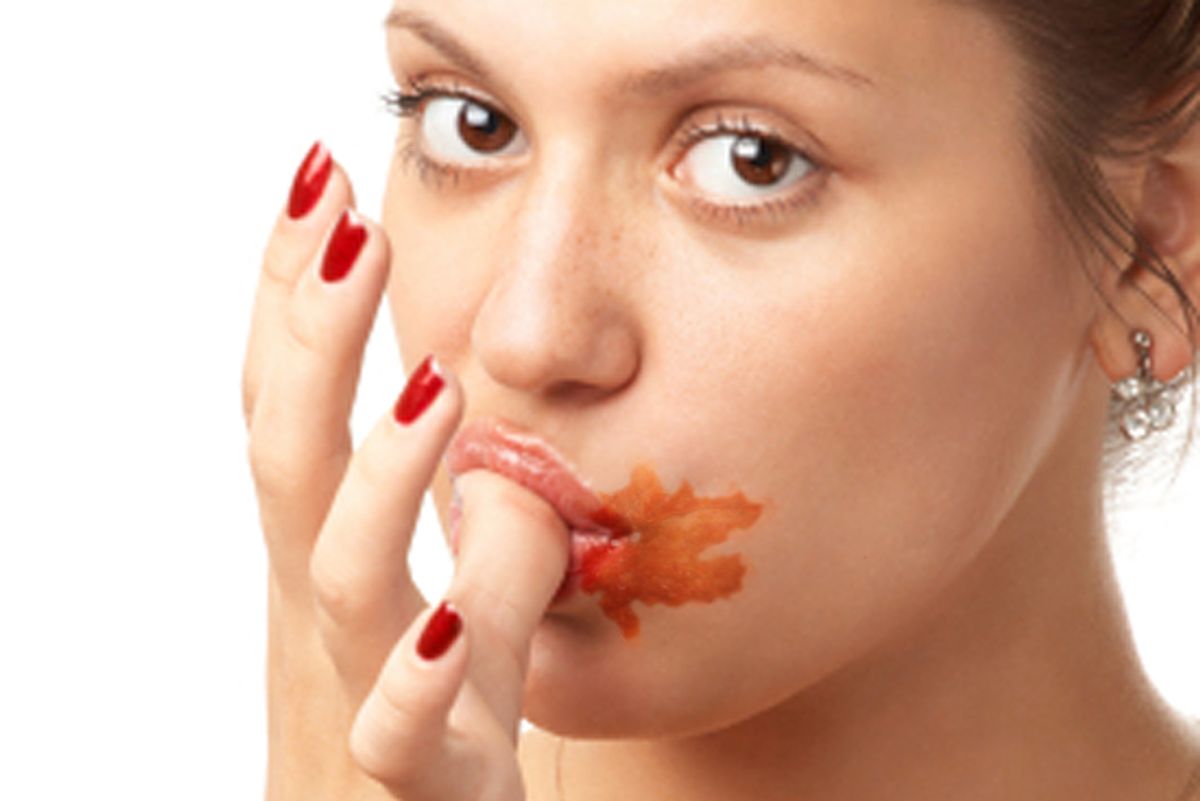 Usually, I'm a fan of chef Anthony Bourdain and his TV show "No Reservations." He's dashing, he's adventurous, he traipses across the world gorging on drink and the kinds of street food that makes vegetarians -- and health-code enforcers -- shudder. And, in between bites of pickled goats brains and octopus entrails, he serves up a quip or four. Last night's episode, glibly dubbed "Food Porn 2" (with king of sleaze Ron Jeremy introducing each segment), yielded a couple such nuggets as Bourdain palled around with chefs and sampled some of the fattiest, richest, most insanely indulgent concoctions known to man. On a strip of aged prime beef at Porter House he cracked, "I think I saw this on a website -- www.holyfuck.com."

But then Bourdain dropped a wisecrack that irked more than amused. "Barbecue: It's like chocolate for men," he quipped, introducing a segment about some succulent, slow-roasted meats.

Thanks for that gender translation, there, Bourdain, but let me be the first to disabuse you of the notion that women like sweet things and men like meat things. I may have two X chromosomes, but that doesn't affect my taste buds, thank you very much. Chocolate isn't something I can tell you much about, but barbecue? Believe me, I can deliver a thesis defense on the best pulled-pork sandwich (without question: the Big Al's at Al's in Clarksdale, Mississippi) and the regional differences in sauce consistency (you've got your vinegar-based ones and your tomato-based ones, your sweet and your spicy). Just ask my long-suffering friends, forced to hear me constantly kvetch about the miserable state of barbecue in New York. On my trips home to Alabama, I regularly import home huge jars of sauce at great danger to every other item in my suitcase, just to try to recreate the elusive taste of my favorite sticky, tender, falling-off-the-bone BBQ ribs. For my birthday one year, my parents shipped up a container with three freeze-dried racks of ribs, complete with plastic bibs and wet-naps.

If there's anyone who doubts that women understand the glories of barbecue: Just check who's manning the kitchen at some of the legendary pits in Tennessee, Mississippi, Alabama, or the Carolinas. I guarantee you that behind most of those sliced pork platters, there's a women expertly working the smokehouse. Like Paulette Washington, the co-proprietor of Archibald's in Tuscaloosa, Alabama -- hands down one of the best rib joints in the state. I can appreciate that there are women -- and men -- who don't love either barbecue or chocolate, for that matter. But take it from a Southerner: There are a lot of us ladies who would rather get a plate piled high with brisket and baked beans than a box of chocolates any day.