D.C. voting rights activists will try to get even

The city still doesn't have a vote in Congress, but residents will try to raise money to defeat its opponents 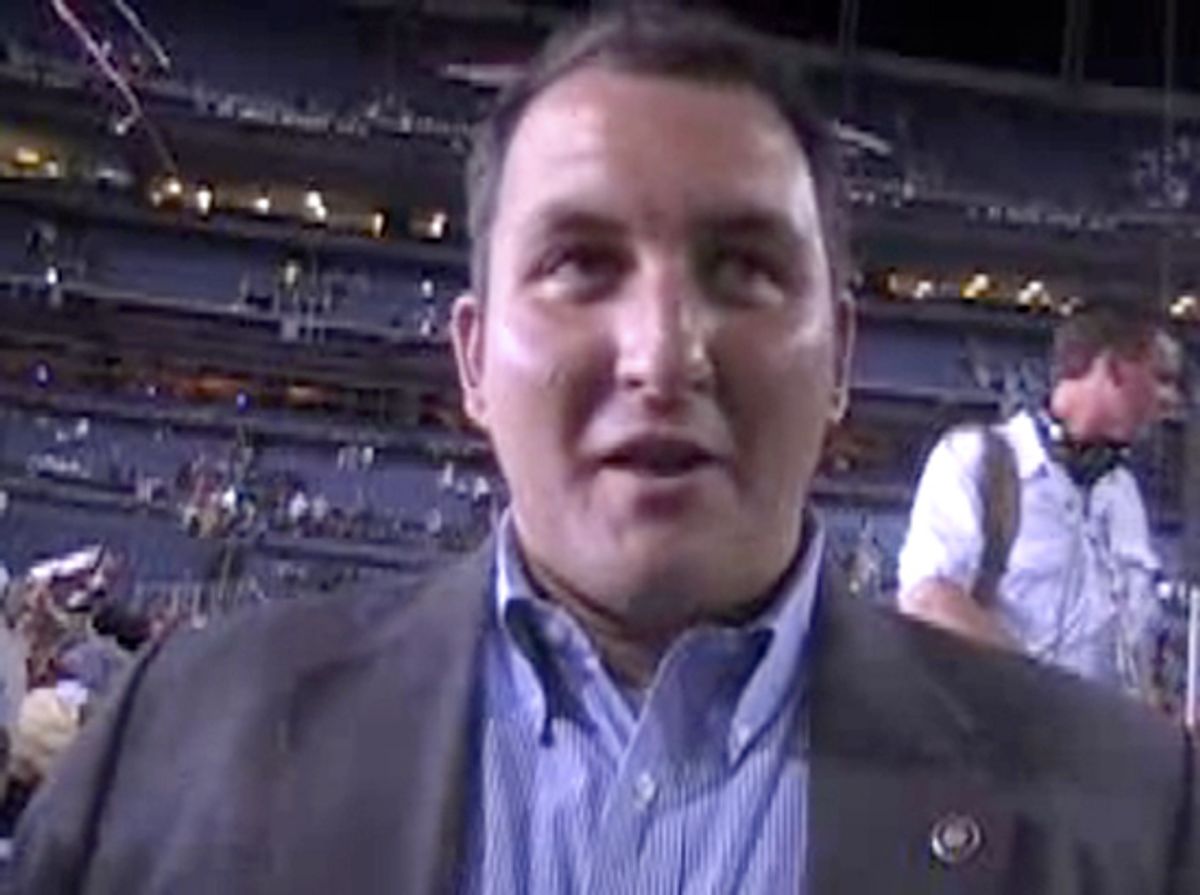 When a bill to give Washington, D.C., voting rights in the House died this week, thanks to a Republican-supported amendment that would have stripped the city's ability to pass gun laws, one local activist figured the best way to get even was with a little long-distance revenge.

"D.C. may not have a vote in Congress, but we have the highest concentration of political donors and politically savvy people here," says Mike Panetta, the District's "shadow representative" to the House. That's a citywide elected office, but it basically just makes Panetta D.C.'s chief lobbyist for voting rights.

So as the 2010 elections heat up, Panetta is trying to get Washingtonians and those who support D.C. voting rights to give money to opponents of the Republicans who have helped keep the city unrepresented in Congress. His "Free and Equal D.C. Fund," a registered political action committee, will direct contributions through Act Blue to try to defeat targets. First on the list? Rep. Jason Chaffetz, R-Utah, the ranking Republican on the House subcommittee that oversees D.C. affairs. Chaffetz not only opposed the bill that died this week, but he also tried (and failed) to block the District's new same-sex marriage equality law, and has been making noises about doing the same thing if D.C. passes a law allowing medicinal marijuana. Panetta's fund will kick off its effort with a fundraiser next month dedicated to sending Chaffetz back to Utah. If the PAC is able to raise enough money, it might also run ads in Chaffetz's district.

"He's spending lot of time meddling in local affairs," Panetta says. "We could spin that in such a way that he's not doing his job representing the 3rd district of Utah."

Beating Chaffetz may be tough; the freshman doesn't even live in the district, but he won easily in 2008, and his district may be one of the most Republican-friendly ones in the nation. (A Chaffetz aide didn't respond immediately to a request for comment.) His Democratic opponent, Karen Hyer, isn't really on the national party's radar. But Chaffetz has been so ostentatious in his attempts to manage D.C. affairs that Panetta said he was a natural target anyway. The Free and Equal D.C. Fund will also try to elect Democrats to open Senate and House seats; Paul Hodes, the Democratic candidate for New Hampshire's open Senate seat, will be another recipient of Act Blue funds. (A similar effort in 2008 only raised a few hundred dollars, but Panetta says he'll work much harder at it this year.)

The bill that died this week was the closest the District has ever come to getting a vote in the House; the Senate had already passed a version of the legislation, which would have added a seat in D.C. and one in Utah, to add a Republican to counter the Democrat who would win D.C.'s vote. But D.C. has always had a rocky relationship with its federal rulers, especially when the GOP runs Congress. In the 1990s, Republican legislators blocked the District from even counting the votes in a local referendum on medical marijuana and banned the city from setting up a needle-exchange program, despite soaring HIV infection rates. The GOP has, over the years, also proposed to rename streets for Ronald Reagan (who was never popular here) and implement a flat tax, just to see how it would work.

Even now, D.C. is required to turn over all its local tax revenues to the federal government and wait for Congress to approve the budget and send it back to the city. And every local law has to go through a 30-day review period, during which Congress can override it with a simple majority. And, of course, the nearly 600,000 local residents pay federal taxes, but only get to elect a non-voting delegate to the House.

Bringing the fight for D.C. rights outside the city's boundaries has worked before. The District only won the right to elect its own mayor in 1973 -- after local activists traveled to South Carolina to help defeat former Rep. John McMillan, D-S.C., in a 1972 primary. McMillan had been the chairman of the House committee that ran the District, and for 25 years, he had blocked every home rule bill that was introduced.

"Right now, it's a free pass for congressmen to bully around the District of Columbia," Panetta says. "Especially after what happened this week, it's blatantly apparent how important it is to do this now, and hopefully more people will be inspired now."