This week in crazy: Scott Baio

What's the one thing the former teen idol hates more than paying taxes? Those mean "lesbians" from Jezebel! 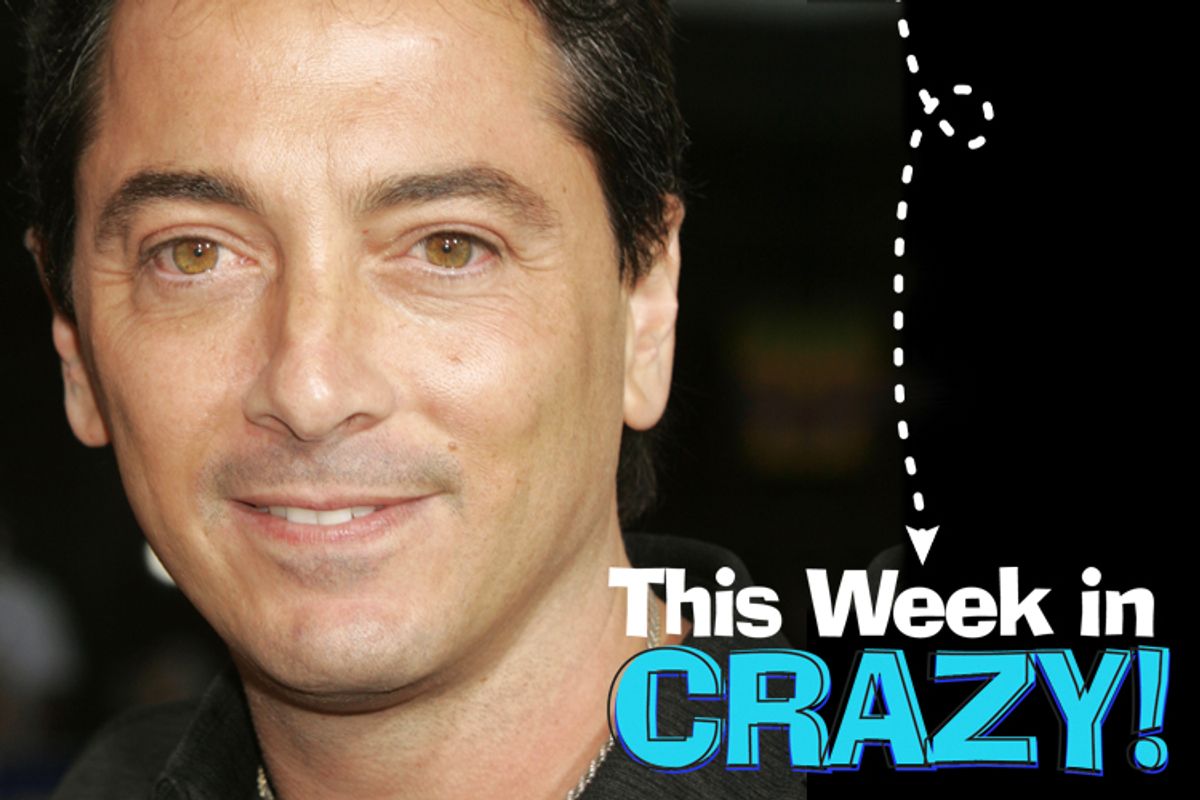 We suspected Scott Baio had the makings of a great Twitter meltdown back in January, when the former teen star and staunch conservative posted an unflattering photo of Michelle Obama along with the comment, "WOW He wakes up to this every morning." We were impressed when he followed up by posting a photo of himself with an actual black lady to prove he wasn't racist. And he got our attention when he tweeted, on April 12, "Taxes are done. That should feed, house & provide medical for quite a few lazy non working people at my expense."

But if you're going to melt down in the same medium that holds a Jim Carrey and a Lindsay Lohan, you're going to have to try a little harder. This week, with a little help from his wife, Scott Baio did just that.

It began when our friends at Jezebel.com posted Baio's pre-Tax Day comments in a Twitter roundup. The post was simple, uneditorialized, though not surprisingly, it sparked a few reader comments. "I can't believe Joanie loved Chachi," read one. "What a dickweed."

You'd think after doing "Charles in Charge" for six seasons he'd be used to a little criticism, but it turns out Baio is a sensitive creature. He soon started venting at that "web-rag" Jezebel in both English and Italian, but then he really got rolling -- retweeting jokes about Obama's penis, celebrating Patriot's Day, telling @SarahPalin not to mind "the 'Keyboard Jockeys' that hate on innocent children," and quoting his father-in-law's "I HAVE GUNS & I NEVER MISS."

His wife, Renee, meanwhile, took her ire to Facebook, where she posted the elegant: "F**K YOU Jezebel.com web rag!!!! You bunch of FAR LEFT Lesbian shitasses!!!!! No wonder you're all lesbos because what man could put up with your cuntness? Scott Baio has more class in his piss than all of you all!!!"

It's true. I've been meaning to talk to the ladies at Jezebel about their lesbo cuntness -- and how it stacks up against Scott Baio's piss. But anyway, the fight went on. And on. The couple started claiming their organization for special-needs kids and its families had been the objects of "inconceivable hate" from Jezebel readers, despite an utter lack of evidence on Jezebel itself. It was all a bit confusing. And epic enough to merit its own hashtag: #scottbaioruinseverything.

Baio is certainly not the only person in America who doesn't like paying taxes -- even if he probably does enjoy driving on paved roads. And he was adorable in "Bugsy Malone."

But he has overreacted quite spectacularly to a little bit of online teasing. After all, the cunty writers at Jezebel never said anything bad about special-needs children; this whole debacle started from a simple reposting of his jive-ass tax complaint. He's rather ridiculously turned the episode into a First Amendment issue --  "We all have the right to exercise our freedom of speech, including my wife. Funny how opposing view comments aren't allowed on that rag site," he tweeted -- to which we must call bullshit. Jezebel has moderated comments, but the site has always been pretty great at fostering open discussion. Its own Jessica Coen explained this week, "There are no unapproved comments in our system pertaining to this matter." Is it possible the Baios don't have as many defenders as they'd like to think? Baio went on to block some of the Jezebel writers, tweeting, " If u can't read my twts U R blocked Dumbass! Wa Wa Waa." You know, that doesn't exactly say "My piss is really classy." But it also reveals a befuddling attachment to one's own "Happy Days" catchphrase.

Unfortunately, many of us cunty lesbo shitasses can still read Scott Baio's Twitter updates. But we won't. Because to pay attention to that ticked-off train wreck? We'd have to be crazy ourselves.