The tween king sets off hysteria down under. Never underestimate the power of girls 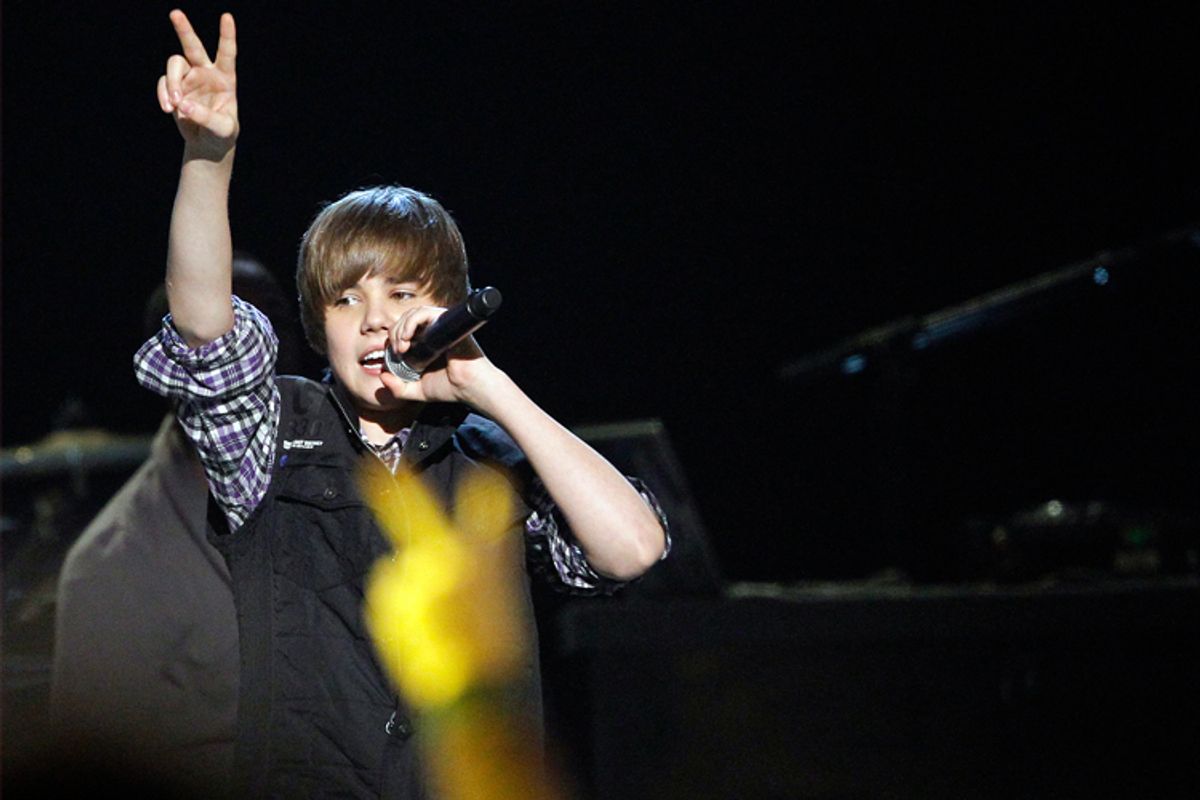 There are certain forces of nature not to be tangled with. Taiwanese tsunamis. Icelandic volcanoes. Justin Bieber.

When will humanity learn to steer clear of the dark power that is Bieber? Last November, the singer/blow-dryer aficionado released the Kraken-like fury of a throng of tweens on Long Island's Roosevelt Mall when a mini concert turned into a stampede. Police were called in to disperse the crowd and Bieber had to cancel the appearance, leaving a devastated trail of pissed-off girls in his wake. How hardcore was the melee, which sent one girl to the hospital? Bieber's manager was subsequently arrested for "reckless endangerment and criminal nuisance."

So you'd think news that a storm front of "Baby Baby" was heading down under would have sent the young residents of Sydney plugging their ears and lashing themselves to masts to avoid disaster. But no. You can't fight the Bieber!

In town to sing a few songs on Channel 7's "Sunrise" program Monday morning, Bieber had attracted a crowd of over 3,000 eager fans who camped out overnight for a glimpse of their idol. The singer got through one song before security cut the performance short after "a dangerous crowd surge" spurred safety concerns. The Sydney Morning Herald reports "at least ten teenagers were taken to hospital suffering from 'hyperventilation,' while one girl sustained a fractured knee." Anyone else want a piece of this?

Of course, whipped-up crowds are nothing to sneeze at. If you've ever been in the midst of a riot, however whimsical the provocation, you know they can turn deadly fast. So while the notion of a sweet-faced Canadian teen setting off the kind of frenzy normally reserved for political protest or mop-topped Liverpudlians seems unfathomably silly, woe betide the person who gets between those sleep-deprived, dehydrated, hormonally whipped-up 12-year-old girls and their charismatic icon. And honest to God, if you're estimating a few thousand people are going to show up for an event, hire more damn staff to manage it or don't be surprised if it gets out of control. Just get a load of the frenzy going on behind Bieber during his truncated Channel 7 appearance -- and imagine how much worse it could have been.

So to mall cops, television stations and concert promotions around the globe, a few words of advice. First and foremost, never underestimate the deadly force of a legion of girls. And second, if you're going to bring the Bieber, you'd better have plenty of backup.