The Democrats fail to break a Republican filibuster. No surprise there, but now it gets interesting 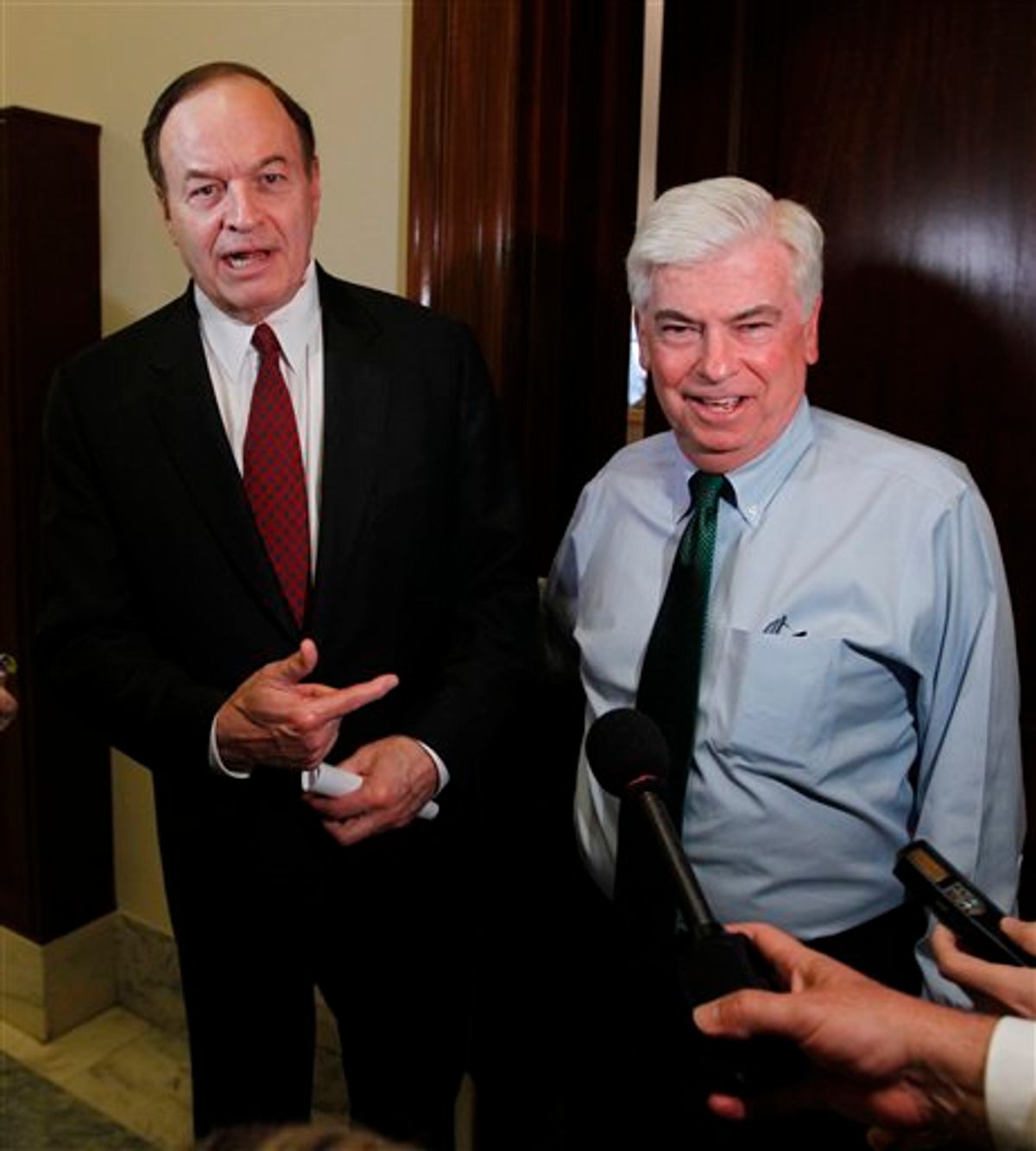 The key words in most political coverage of banking reform published late Monday: "As expected," Republicans came through on their vow to stall any progress on passing bank reform legislation. The Democrats could not get the 60 votes necessary to start debate on the bill. The only (mild) surprise: Nebraska Democrat Ben Nelson's decision to join the Republicans in voting no, presumably because he was irritated that his fellow Democrats weren't willing to do Warren Buffett's bidding.

There was zero drama in this denouement. Republicans had been promising to filibuster and Democrats were hoping, for political reasons, that they would fulfill their promise. So everybody's happy!

The next few days, however, should give us some hints as to who really has the power. If Democrats want to play hardball, they'll make no concessions to the GOP, and call another cloture vote in a couple of days. Then we'll find out exactly how intransigent Republicans intend to be. On the flip side, now that Republicans have demonstrated their solidarity, it's possible that the behind-the-scenes dealmaking will intensify, and we'll start hearing about "compromises" that everyone can live with.

Of course, what the bill really needs is to be strengthened in directions that run opposite to GOP desires. The Consumer Financial Protection Agency should be given more independence, and tougher measures cracking down on the size and power of the big banks should be instituted. And why not? From a political point of view, there would certainly be no better way to ensure that Republicans maintain their obstructionism than to present them with a new, improved, industrial-strength bill.

But that's not to be, uh, expected. Act I in this kabuki drama has just been completed, with both Republicans and Democrats fulfilling their preordained roles. Next up, Act II, in which the most likely scenario is that the bill gets watered down, giving cover to a handful of moderate GOP members.

Due up tomorrow: A likely tsunami of political grandstanding when Goldman Sachs executives testify before the Senate's permanent committee on investigations. If there's one thing Democrats and Republicans can agree on right now, it's that being nice to Goldman Sachs earns you no brownie points, this week.