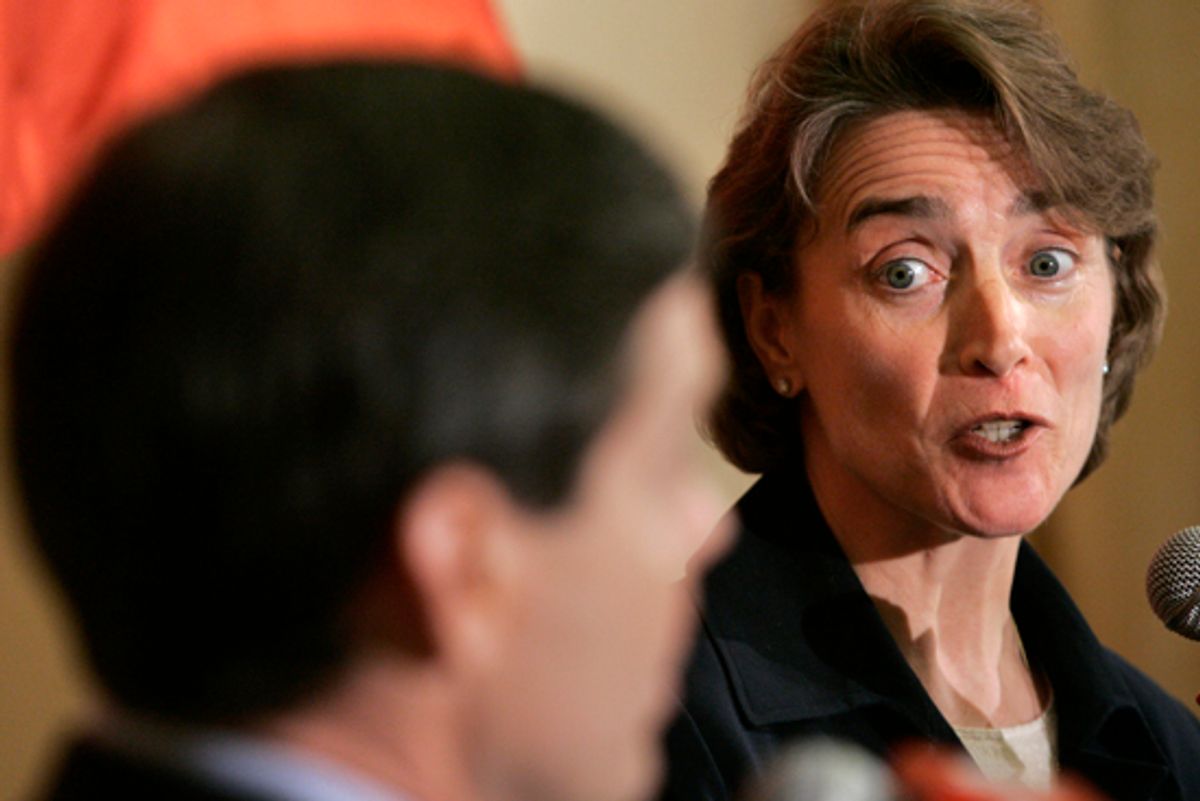 File this one under "with friends like these ...": The U.S. Chamber of Commerce is buying TV ads to support Sen. Blanche Lincoln against Lt. Gov. Bill Halter in the Arkansas Democratic primary, which could help Lincoln out, obviously, but could also help Halter continue to make the case that she's too close with big business.

The ads started airing Tuesday. (The chamber confirmed to Salon that it was behind the buy, but officials wouldn't say how long the ads would run or how frequently.)  "In Arkansas, we depend on our small businesses, and for years small businesses have counted on Senator Blanche Lincoln," the ad says. "Call Senator Lincoln and thank her for protecting small businesses and family farms. The U.S. Chamber of Commerce is responsible for this advertising."

Lincoln has been blasting Halter for relying on support from labor unions. "There is a tremendous number of outside groups that are coming in and spending large numbers of money in Arkansas, both in the fall running negative ads against me, and now in the primary running negative ads against me," she said during a debate in Little Rock on Friday. Other outside groups, like MoveOn, have also rallied to Halter.

But Lincoln's own allies are also running plenty of ads, including one outfit calling itself Arkansans for Common Sense that's been hammering Halter for decade-old remarks about investing some Social Security funds in the stock market, and which the son of retiring Rep. Marion Berry, D-Ark., a Lincoln supporter, helped organize. (The Chamber ad, upbeat and chipper, is sort of the good cop to the other group's bad cop.) If both Halter and Lincoln are relying on outside help, Lincoln's case -- that she's the one under siege from outside interests -- may not be quite so easy to make. "Apparently, it's only the third-party groups that are not on her side that she's upset about," Halter spokeswoman Laura Chapin says.

Meanwhile, Halter's central complaint about Lincoln -- that she favors business interests -- could get a boost from the Chamber ad. The Chamber also gave Lincoln its annual "Spirit of Enterprise" award on Tuesday, along with 229 other legislators -- mostly Republicans and Blue Dog Democrats -- who voted with the business lobby on at least 70 percent of the votes it tracked in 2009.