Tim James: I want your vote (in English!)

The candidate for Alabama governor creates a stir with an offensive, anti-immigrant campaign ad 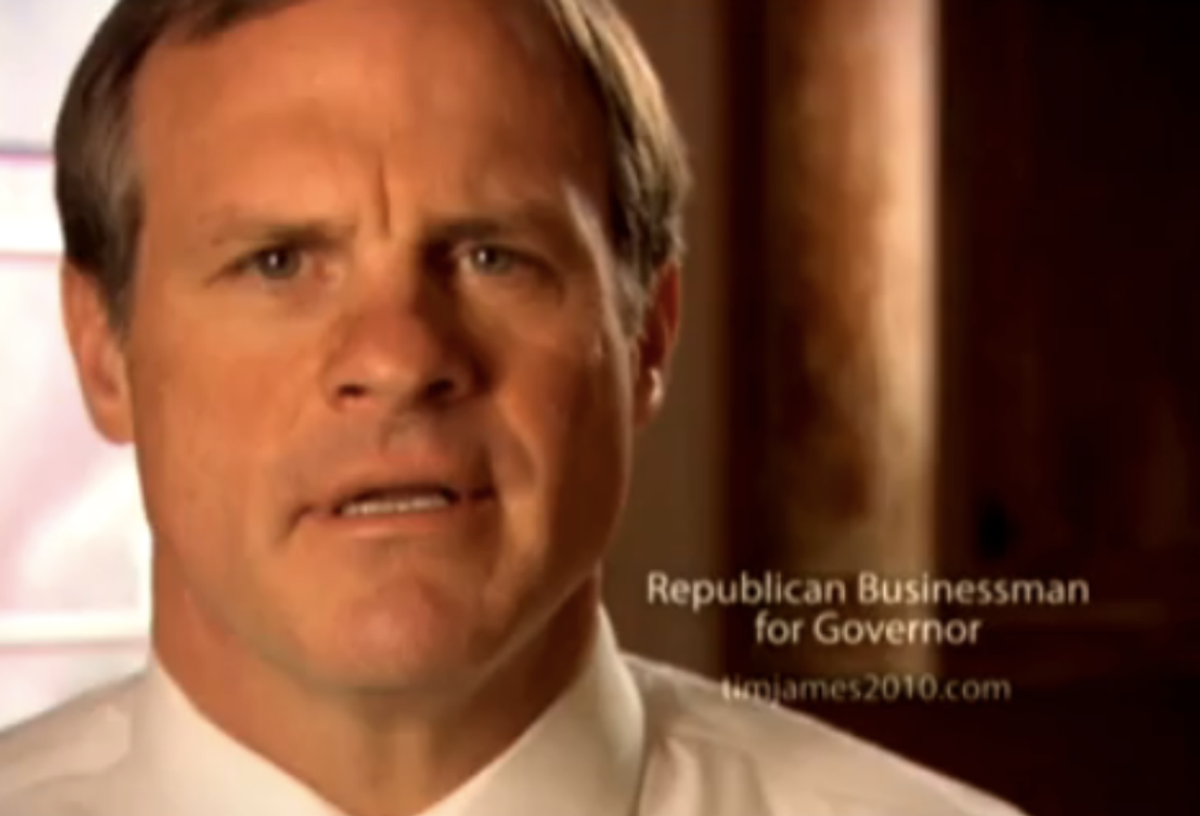 The most fascinating video to go viral this week doesn't involve Prince Leias and car washes -- although that's good stuff, too. No, it's Alabama gubernatorial candidate Tim James' snippy new campaign spot. In it, James, active Tea Partier and son of  two-term Alabama governor Fob James Jr., rails against the fact that the state lets its citizens take the driving exam in an array of languages. "This is Alabama," he drawls. "We speak English. If you want to live here, learn it."

Some people might think that's some kind of xenophobic, anti-immigration jibe. But as he explains on his website, James just cares about our safety. He cites a U.S. Bureau of Labor Statistics report that notes an increase in work-related traffic fatalities in his state -- and where there are traffic accidents, there are foreigners who can't read our damn stop signs. "Political correctness may endear you to the Rachel Maddow crowd," he writes, "but here in Alabama, the safety of our people comes first." Interestingly, the Bureau of Labor Statistics seems to make no mention of language as a factor in its report on Alabama's work-related traffic accidents. James further states that there's the issue of the "wasted cost and bureaucracy of offering drivers' test" in a dozen languages, though surely overhauling the testing system wouldn't come free.

Yet in his ad James somberly states, "Maybe it's the businessman in me, but we'll save money." That's funny, because I live in a city run by the 17th richest man in the world, where we give the driving test in 13 languages and in 2009 we had the lowest rate of traffic fatalities on record.

So maybe if you're having a lot of car accidents down there in Alabama, it's not a language issue. Maybe it's just a shitty driving issue. James is running his campaign on the catchy slogan "It makes sense to me … does it to you?" But the answer is no, not one bit.