For Louisiana, Big Oil is a fact of life

Offshore drilling was popular in the Gulf before the spill, and it's probably going to stay that way 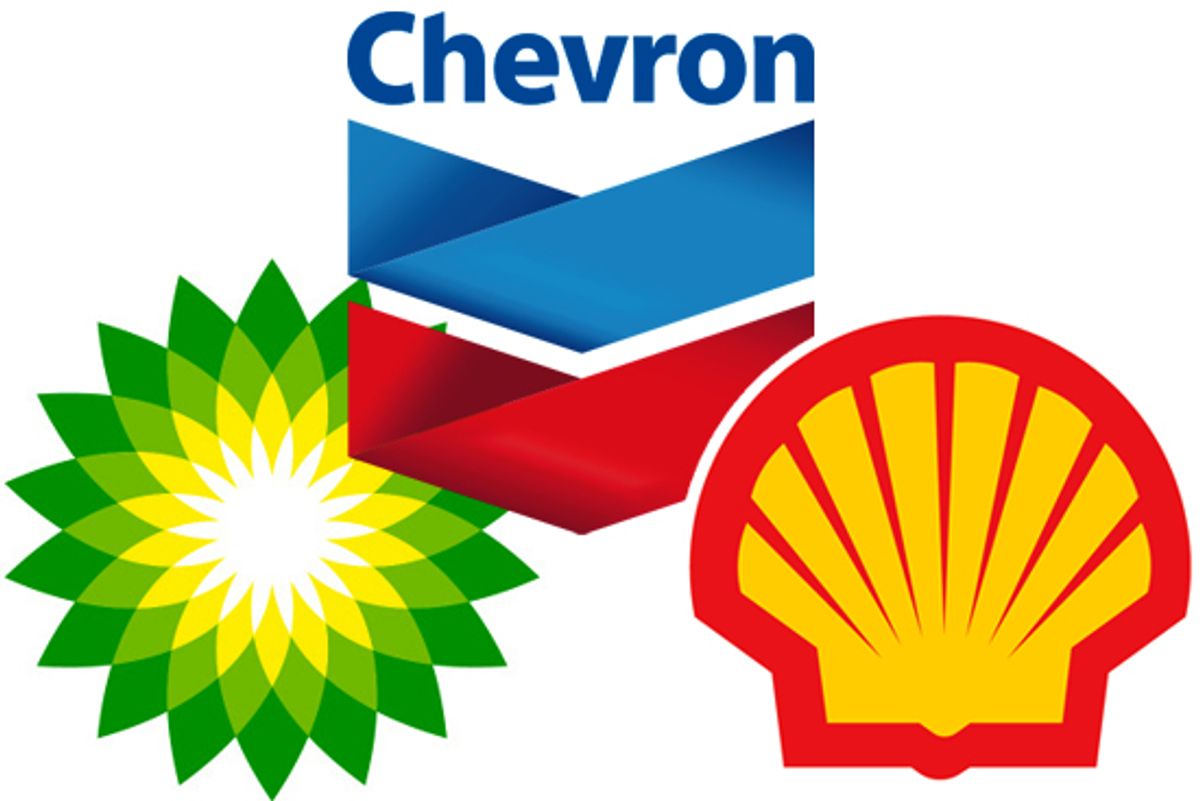 The license plates on Louisiana cars say "Sportsman's Paradise," but this is also, essentially, heaven for oilmen.

Offshore rigs have been sprouting in the Gulf of Mexico since the 1920s; even as the Deepwater Horizon exploded and collapsed, spewing oil into the sea, nearly 4,000 other platforms chugged away in the waters between Alabama and Texas. Many of them, like the BP rig that threatens the region, are off the coast of Louisiana. The state is the fourth-largest oil-producing state in the nation, and the fifth-largest natural gas source; between taxes, royalties and fees, energy industries poured $1.1 billion into Louisiana's treasury in 2009.

Signs of the industry's power are all over the state, and its politics. Sen. Mary Landrieu, D-La., got more campaign money from BP and its employees in 2008 than anyone else in Congress -- except President Obama's campaign and John McCain's -- though the $531,000 BP gave politicians in the last election cycle was dwarfed by the $19 million it has spent on lobbying in 2009 and the first three months of 2010. It's not the only big energy firm around, either. In the Plaquemines Parish government building, the oil and mineral office shares a floor with an office on coastal restoration and the 911 operator. In downtown New Orleans, the Shell Oil building occupies a grand plot of land, looking far more impressive than the federal government offices next door. At the city's Jazz and Heritage Festival last weekend, the oil spill was on everyone's mind; festival producer Quint Davis bade the crowd farewell on Sunday by saying, "You can try to drown us, and you can pour oil all over us, but the soul of this city lives on in its music." (But the whole thing has been sponsored, and heavily underwritten, by Shell since the year after the levees failed to contain Hurricane Katrina's floods. Complaining about BP while pretending the same horrific drilling accident couldn't have happened to Shell was a recipe for cognitive dissonance.)

By now, though, Louisiana is used to that. The state's $1.8 billion fishing industry is threatened by the oil spill, but so far, there's little anger directed at the oil business in general among the people whose livelihoods are at stake. After all, in southern Louisiana, if you're not fishing, chances are you're working for an oil company. "It's all about the money," said Kip Rhoto, a commercial fisherman from Venice who often catches amberjack out by the offshore rigs. "Yeah, everybody here could say, 'Oh, man, we don't want no drilling, we don't want no drilling,' but it's the money."

Now environmental activists say the Gulf spill is exactly why they've worried for so long about the state's eagerness to please oil companies. "The short-term economic gains from the oil industry are causing these really huge long-term negative impacts," said Paul Orr, the lower Mississippi riverkeeper for the Waterkeeper Alliance, a loose collection of local environmental advocates and watchdogs. "I'm afraid that a lot of people just don’t really think about it. They don’t put it together, or they don’t want to really face that reality that maybe their SUV and the amount of oil we consume is not so good for us."

Even as the magnitude of the spill was becoming clear over the last week or so, Louisiana's federal lawmakers made quite clear they still wanted to see oil exploration continue. Sen. David Vitter, a Republican, wrote on his reelection campaign blog that the federal government ought to take over most of the cleanup work from BP, letting the oil company focus on capping the leak. Rep. Charlie Melancon, a Democrat who's running against Vitter for the Senate seat, told Salon he wants to see more safety regulations put in place, and more of the revenue from offshore drilling shared with the state government (instead of hoarded by the federal treasury), but otherwise he still supports the industry. "We've got to find the balance between, 'Drill, baby, drill!' and 'Spill, baby, spill,'" Melancon said. "I don't think you stop the whole world from going forward because one thing happens."

That hardly surprised activists who have been warning of the dangers of drilling. "Louisiana politicians are a wholly owned subsidiary of Big Oil," said Aaron Viles, campaign director for the Gulf Restoration Network, a nonprofit based in New Orleans. "I think the rest of the country is waking up to the serious risks involved with offshore oil development. Any politician that, at this point, is chanting, 'Drill, baby, drill!' needs to have their stock portfolio and campaign contributions carefully analyzed." California Gov. Arnold Schwarzenegger, a Republican, announced Tuesday he no longer wanted to allow drilling off his own state's coast. In Louisiana, though, activists are aiming lower; a requirement to retrofit old rigs with whatever new safety equipment regulators mandate in the future might be all environmentalists can hope for, Viles said.

This spill is rare only in the massive scale of the destruction it could leave. Over the last decade, federal statistics show there have been 172 spills of at least 2,100 gallons in the Gulf. Nor is that the only damage the industry can do to the wetlands. Oil exploration canals have, along with other industrial engineering projects like the levees that hold the Mississippi in place, helped speed up the disintegration of the bayous back into open water. (Then again, the offshore rigs, when they're not collapsing, also turn out to be great fish habitats, like giant wrought metal reefs.)

The power of the oil companies -- and the insatiable demand for petroleum from the rest of the country -- probably means no one will be shutting down the Gulf drilling operations any time soon. After so many years, Big Oil has become part of the fabric of the state. "That's the income down here, there's two things," said Brian Sherman, a captain with Cajun Unlimited, a sport-fishing company based in Venice. "There's the oil industry, and there's the fishing industry."

And in fact, the spill has left the two businesses even more intertwined. For now, with Gulf waters closed for fear of pollution, there's only one way for fishermen in southern Louisiana to make money: work for BP. The oil company says it will pay $2,000 a day for large boats, less for smaller ones, to go out and help run booms to contain the spill or help with other cleanup efforts. Of course, that means working for the oil giant that fouled the water in the first place.

"It's ironic that the person responsible for taking away everything you hold dear -- that you have to go to work for them to put food on the table," says Stuart Smith, an environmental lawyer in New Orleans who's representing some fishermen in a legal battle over the contracts BP wanted them to sign. Such is life in Louisiana. At least for now.