The horror of NPR's copycat story

Did a "Morning Edition" segment lift its ideas from a satirical viral video? 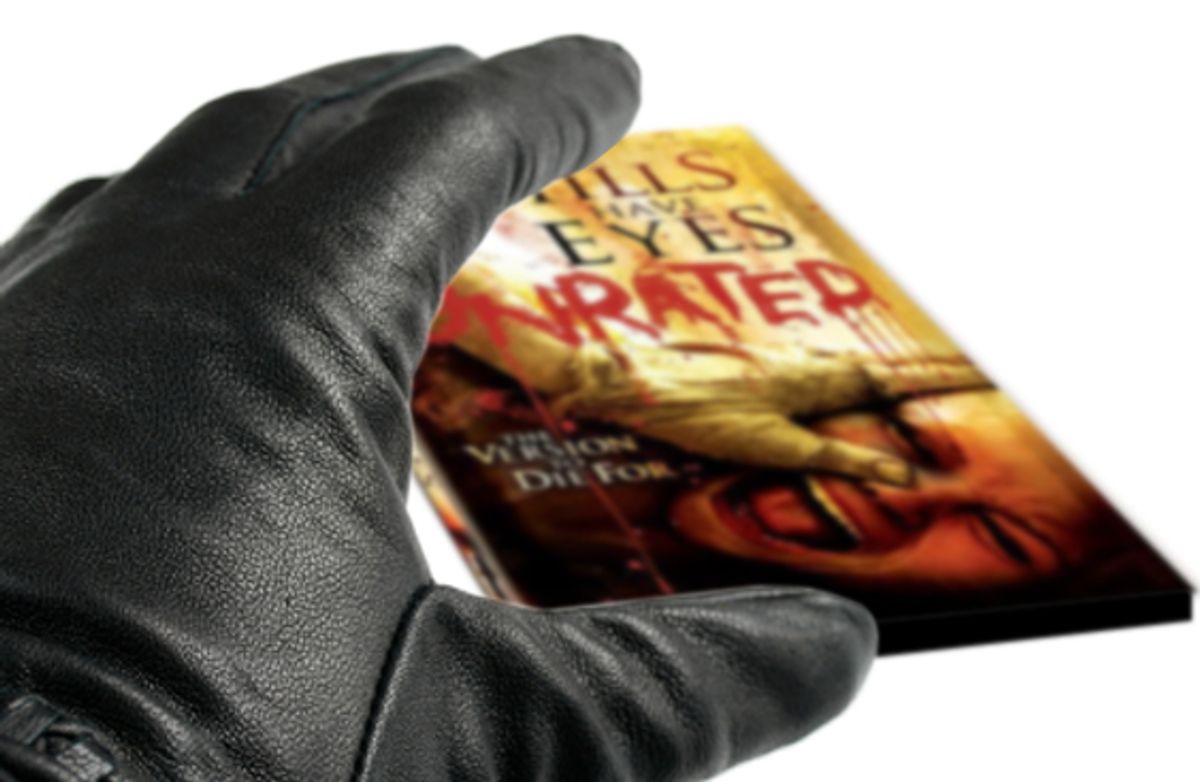 On Wednesday, NPR's "Morning Edition" correspondent Beth Accomando did a humorous segment on a modern-day horror movie cliché called "The Cell Phone Always Dies First." In it, she referred to "four basic limitations in the horror film provider package" -- no signal, dead battery, "user error" like dropping the phone, and the killer himself dismantling the communication device. There were audio clips from "The Hills Have Eyes," "Funny Games" and even an obscure 2005 flick called "The Roost." Yet there was something eerie about her piece. Something that gave savvy fans of viral video a creeping sense of dread ... that they had heard this all before.

They had. Back in September, Rich Juzwiak, a blogger for VH1 and mastermind behind the now-classic "I'm Not Here to Make Friends" montage of ruthless reality show contestants, posted a five-minute opus called "No Signal" on YouTube -- a barrage of dozens of "phone service gone bad" horror movie snippets.

The notion that two horror fans might notice the same well-worn convention isn't unusual. But Accomando's NPR segment didn't just jump off from the same place. It followed the exact same progression of Juzwiak's video -- the dead batteries, the dropped phones -- right down to using the exact audio clips. (In a nod to originality, Accomando's segment did mention the flip side of the "no signal" -- the phone that keeps going in the midst of an apocalypse.) Nowhere in the segment or in the accompanying Web story did Accomando mention Juzwiak's name. At the end, however, the host helpfully directed people to watch "a video montage at our website" -- where they had embedded the original "No Signal."

Like wireless coverage in a town full of homicidal maniacs, that is just weak.

Juzwiak, justifiably peeved, noted NPR's extravagant use of his work via Twitter and on his blog Wednesday, where he said, "If this piece took Accomando more than 15 minutes to transcribe, she put too much time into it." Considering how much more effort he put into the original, you can understand his gripe. "This video took months and months of research," he told Salon Thursday. "If there were no video, there would be no piece. I mean, 'The Roost'? Nobody's seen that movie."

For Juzwiak, an online veteran who's comfortable with the gray areas of fair use, it isn't a question of simply reappropriating work -- that, after all, is the whole nature of the "No Signal" video. "I understand people have a very liberal idea of ownership," he explained. "When I put something on YouTube, I know that. But if you're doing a story for a major outlet, you mention the source."

NPR commenters were quick to agree, calling the segment "rude and unethical" and a "blatant rip-off."

Accomando does not agree. On Thursday she told Salon that she had originally pitched the idea of cellphone horror back in July, but the story only recently gained steam. "Then a friend e-mailed me a link to that 'No Signal' video," she said, "and I thought that was a fun thing for NPR to link to. At one point it had been mentioned in the story. I didn't know who had created it. I didn't see any credit or name." However, the URL for Juzwiak's blog is in the video. When asked if it's a fluke that the four main points of her story mirror Juzwiak's, in order, she said, "Yes. That's the way it pans out in the films. The most common is the no signal, then the battery and then dropping it. I feel bad that he didn't get credited for the video, but this is a cliché, and we've all noticed a lot of the same things."

Salon got a similar story from Sara Sarasohn, who edited the piece for NPR. "The website should have credited [Juzwiak] more clearly, but that has been changed," she said. (Atrribution was, in fact, made earlier today.) As for the similarity between the two? "I think that order is a very natural order. I would have made her order it that way if she hadn't originally. The idea is a cliché, and it doesn't belong to any person."

Maybe the whole thing is an uncanny coincidence, like a serial killer with a secret identical twin. But even if that's the case, it's indicative of a galling attitude from NPR that what happens on the Internet is theirs for the taking. On the one hand, sure, Juzwiak is a fan, making a funny video. But for NPR not to find out who made the clip in the first place suggests a cavalier disrespect for the people who are creating today the interesting and entertaining things the big news outlets will be reporting on tomorrow.

Juzwiak, for his part, is already moving on. "It's not a big deal, and I don't wish ill on anybody," he told us. " I just think it's bullshit, and I would be a pussy if I stood for it."