Why Mom really does make the best cakes

A neurologist tells us about our mothers, what the smell of baking does to us, and how we taste food in the womb 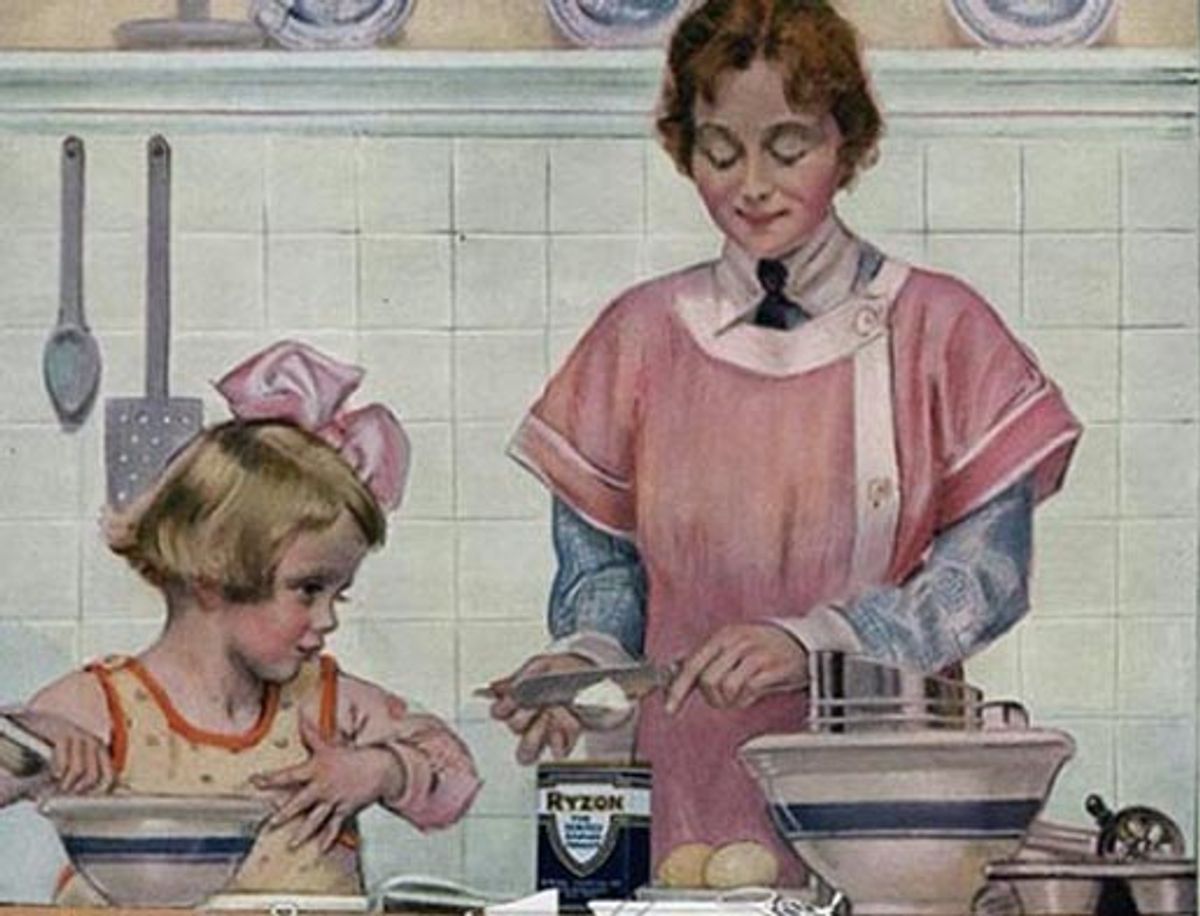 My mother is a great cook, and an adventurous one. Throughout my childhood, she made flan and soufflé and once, memorably, a dish called "pungent fish balls." But she was also busy and often didn't have time to cook from scratch, and I wonder sometimes about my longing for small memories of her culinary non-grandeur. Mac and cheese from a box, for instance, or "cheese toast" for lunch: wheat bread in the toaster oven with cheddar cheese and paprika. I can find all the necessary ingredients for this particular snack within 50 feet of my apartment, but I have never once made it for myself. I never really want cheese toast, it turns out. Cheese and bread tastes like cheese and bread. So why is it that I'll still eat it in a heartbeat if my mom makes it?

To investigate, I talked to Dr. Alan Hirsch, founder and neurological director of the Smell & Taste Treatment and Research Foundation in Chicago, about the ways mom's cooking shapes our memories of childhood and our preferences as adults.

Why is our mothers' cooking so special to us?

It's a matter of olfactory evoked nostalgia. We looked at 989 people from 45 states and 39 countries, and we found the number-one odor that made people nostalgic for their childhood was baked goods; the smell of mom's baking.

But what if your mom never baked?

The memories we have are not true memories. When we have a memory, it's really a compilation. In our culture, we perceive the maternal influence as being the comforter, the one who bakes apple pie, and we come to associate that with our mother, even if it's through false or perceived memories. My best guess would be that we do it because that's the memory that we want to have.

So our memories of our childhood could have nothing to do with the things we actually experienced as children?

That's right. It could be things that we learned to associate with childhood. There is often a very wide variation between what you recall and what actually happened. We think of memories as being a stable thing, but memory fluctuates, depending upon our immediate past experience, our emotional affect at the time, and our expectation. Even if our mothers weren't cooking, we somehow as a culture have developed that association, and it affects the way we remember childhood. Your memories change along with your experience.

Ok, so getting back to your study, why do baked goods in particular remind us of childhood?

I think it's because you associate baked goods with a more positive eating experience than you do with, say, Brussels sprouts. I think most kids at one time or another ate Brussels sprouts, but they don't say that they make them recall their childhood. Baked goods were given as a reward, at dessert. Or when you were coming home, and you were particularly hungry, you got cookies or baked goods for a snack, so that's why people have this nostalgia for them. Nostalgia is really a sanitized memory of the past. We remember the good and forget the bad.

And what's the relationship between nostalgia and smell?

The quickest way to a change of mood or behavior, quicker than any of the other sensory modalities, is smell. When you smell something you immediately decide whether you like it or you don't like it, and then you figure out what it is, whether it's rose or lilac--which is totally different than all the other sensory spheres. When you see a picture of a cow or a horse, you identify it, and then you decide if you like it or not. With smells it's the exact opposite. It's a pure affective or emotional sense.

Anatomically, it's hardwired. The part of the brain that processes smells is actually right there where the emotions are, and that's because odors were important for the survival of the species -- to be able to detect if there were any particular pheromones present, or if a lion was about to attack you. It was important for an infant's survival to be able to smell the mother. All these things were evolutionarily important, so it makes sense why smell would continue to be so emotional.

To what degree does the food we eat as children define our preferences as adults?

What we've found is that the foods that you like in ages 0-7 tend to be foods that you like throughout adulthood. The part of the brain that's oriented towards food preferences seems to develop then; it's almost imprinted. Now, the reality is, there can be negative experiences that change this -- you develop an aversion, you get sick from something and then you avoid eating it again. But that's the exception rather than the rule.

Part of it has to do with past experience. If your mother eats Chinese food when she's pregnant, you're more likely to like Chinese food later on. If your mother eats carrots when she's nursing you, you're more likely to like carrots. There's this phenomenon of "neophobia," when you're fearful of new foods. The more you're exposed to a food, the more you like it, and if you're exposed at a very early age, you like it that much more.

So part of it is this exposure, and part of it has to do with your genetics. We all taste differently. Some people can't taste the bitter taste that's found in green leafy vegetables, and they tend to like vegetables more. All of these things will impact your preferences. And superimposed on that are cultural expectations-- seeing commercials for "Trix are for kids"-- that make you more oriented towards one food over another.

We are culturally inclined to do so. For instance, coffee-- kids don't like coffee, because it is very bitter. But it's part of the maturing experience in our society to drink coffee, so you can learn to drink this bitter drink that normally people would be averse towards. There are certain things you can acquire. Like alcohol, people don't normally like the taste of beer, because it's bitter, but you can learn to acquire that taste.