The first incumbent to lose his seat in 2010 isn't a Democrat, after all -- and the Tea Party claims a big win 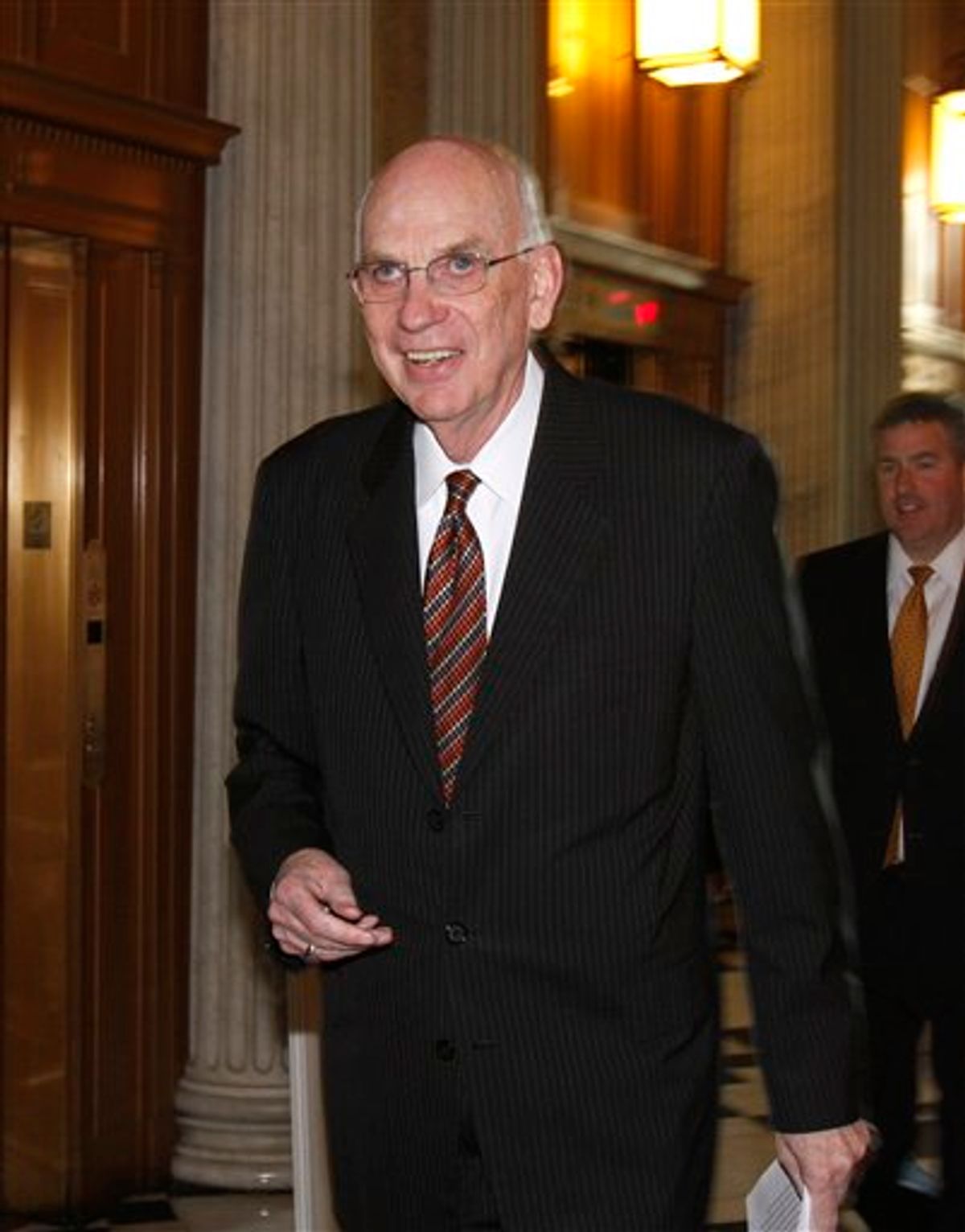 In this May 13, 2009, photo, Sen. Bob Bennett R-Utah, walks to the Senate Chamber on Capitol Hill in Washington. Bennett, darling of the National Rifle Association and grandson of a Mormon Church president, suddenly may not be conservative enough for ultraconservative Utah. He could become the first 2010 election casualty among incumbent U.S. senators if he fails to win at least 40 percent of the 3,500 delegates at the state GOP's convention May 8. (AP Photo/Harry Hamburg) (AP)
--

Six months from November, 2010 is shaping up to be a bad year for incumbents, period.

Sen. Robert Bennett, R-Utah, became the first sitting member of Congress to lose his job this year on Saturday, as the state Republican Party refused to nominate him for a fourth term. It only took two rounds of ballots at the state nominating convention to dump Bennett. Tea Party favorite Mike Lee and another candidate, Tim Bridgewater, advanced to a third round; if one of them gets 60 percent of the vote, they'll be the nominee. If not, there's a primary next month.

It's hard to call Bennett anything but a staunch conservative -- he has a lifetime rating of 84 percent from the American Conservative Union -- but these days, anything less than 110 percent is liable to get you branded a Republican In Name Only. Bennett may have sealed his fate by voting for the big bank bailout George W. Bush's administration engineered after the economy collapsed; the anti-tax Club for Growth, which has been trying to take out GOP incumbents since before anyone ever thought of throwing tea around at political protests, targeted him early on.

"Utah Republicans made the right decision today for their state, and sent a clear message that change is finally coming to Washington," Club for Growth president Chris Chocola said in a statement, in which you could practically hear the chortling as you opened the e-mail. "The media may report this as Bob Bennett’s loss, but we see it as a victory for Utah, for the United States Senate, and for the cause of economic freedom."

Of course, Utah being Utah, Democrats still don't have a prayer of winning Bennett's seat this fall, no matter who the Republicans nominate. The GOP didn't seem particularly alarmed, at least publicly, though the prospect that the Tea Party folks might actually knock off some Republicans along with some Democrats can't be that comforting to any longtime professional politicians. The result is yet another rebuke of the GOP establishment -- barely a week after Florida Gov. Charlie Crist, official Washington's pick for the state's Senate nomination, quit the party in a last-ditch effort to survive. Another blow to Republican powers here may come in another week or so, as Tea Party favorite Rand Paul may take out the establishment choice in the Kentucky Senate primary.

Democrats, meanwhile, declared the moment meant the Tea Party was running the show among their opposition. "If there was any question before, there should now be no doubt that the Republican leadership has handed the reigns to the Tea Party," Democratic National Committee chairman Tim Kaine said in his own statement.

Josh Loftin is at the convention for Salon and is providing updates on his Twitter feed. Watch for his comprehensive report and analysis here later.