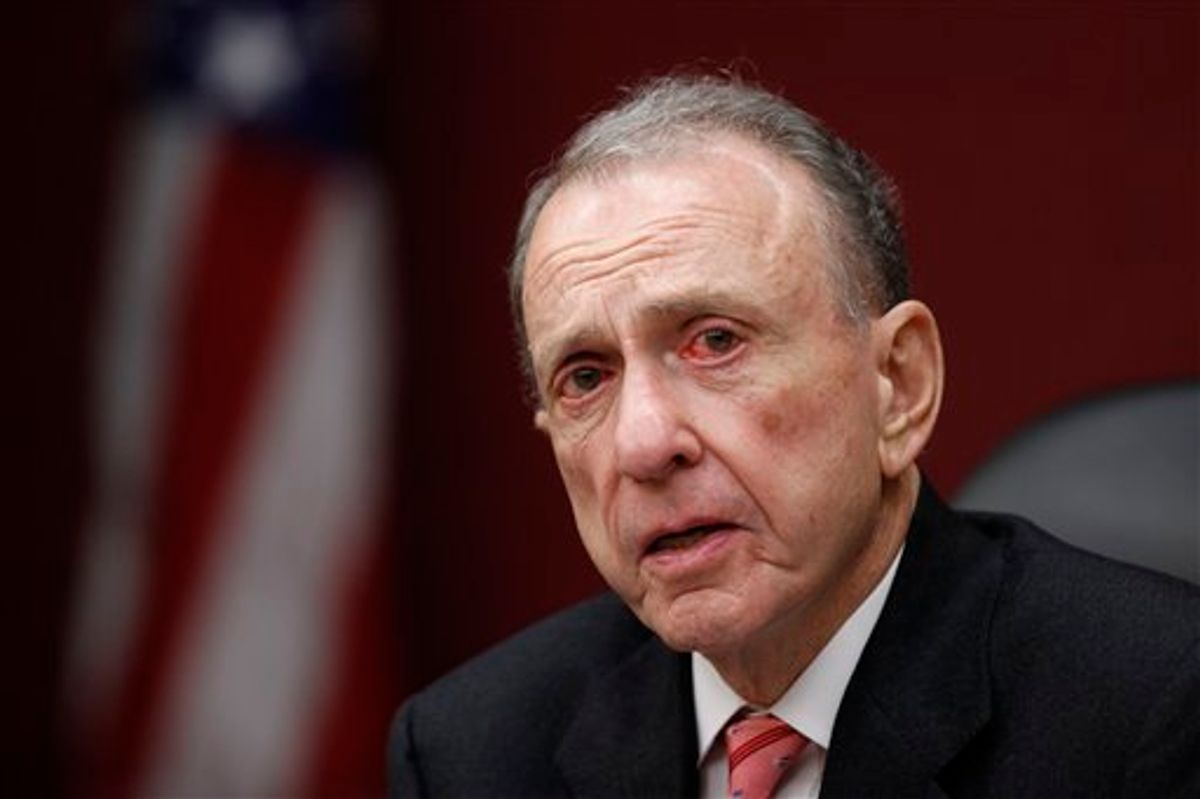 What a difference a year makes.

In March 2009, Sen. Arlen Specter, R-Pa., faced a difficult primary campaign if he wanted the nomination for another term. So in part to prove his GOP bona fides, he voted against confirming Elena Kagan, President Obama's choice for solicitor general. "I am not prepared to relinquish the institutional prerogatives of the Senate to ask questions," Specter thundered. Kagan had, apparently, been insufficiently forthcoming on her approach to the law.

Fast forward a bit. In May 2010, Sen. Arlen Specter, D-Pa., faces a difficult primary campaign if he wants the nomination for another term. After cruising for a while against Rep. Joe Sestak, Specter may even be trailing now -- with a week to go before the election. Which means he's likely to be a bigger fan of Elena Kagan, Supreme Court nominee, than he was of Elena Kagan, solicitor general nominee.

The timing can't be welcomed by Specter or his aides. "I'm sure we will have a statement as the day progresses," campaign manager Chris Nicholas said when Salon contacted him early Monday morning. Voters don't generally make up their minds on elections based on where candidates stand on things like appointments to solicitor general -- except in primaries, where activists and die-hard party loyalists tend to dominate the electorate. Sestak (who, as a House member, didn't have to vote on Kagan's nomination) should be able to use Specter's vote to remind Pennsylvania Democrats what side he used to be on.

And over the time since that vote, Specter has done a lot of work to try to convince Democrats he's really one of them. During last summer's confirmation hearings for Sonia Sotomayor, Specter was one of her fiercest defenders. Still. It's going to be tough for him to argue that anything other than political expediency was near the top of his mind in his previous dealings with Kagan. The solicitor general's gig, after all, doesn't come with a lifetime appointment to a nine-member Supreme Court; if she wasn't forthcoming with answers to questions about judicial philosophy, that didn't seem to bother Republicans like Jon Kyl, Orrin Hatch and Tom Coburn (or four others who also supported Kagan), all of whom are far more conservative than Specter is. Or even was.

But then again, Specter's party switch last year was all about political expediency anyway. Voters already knew Arlen was in it for Arlen. The question, a week from Tuesday, will be how much they hold that against him.