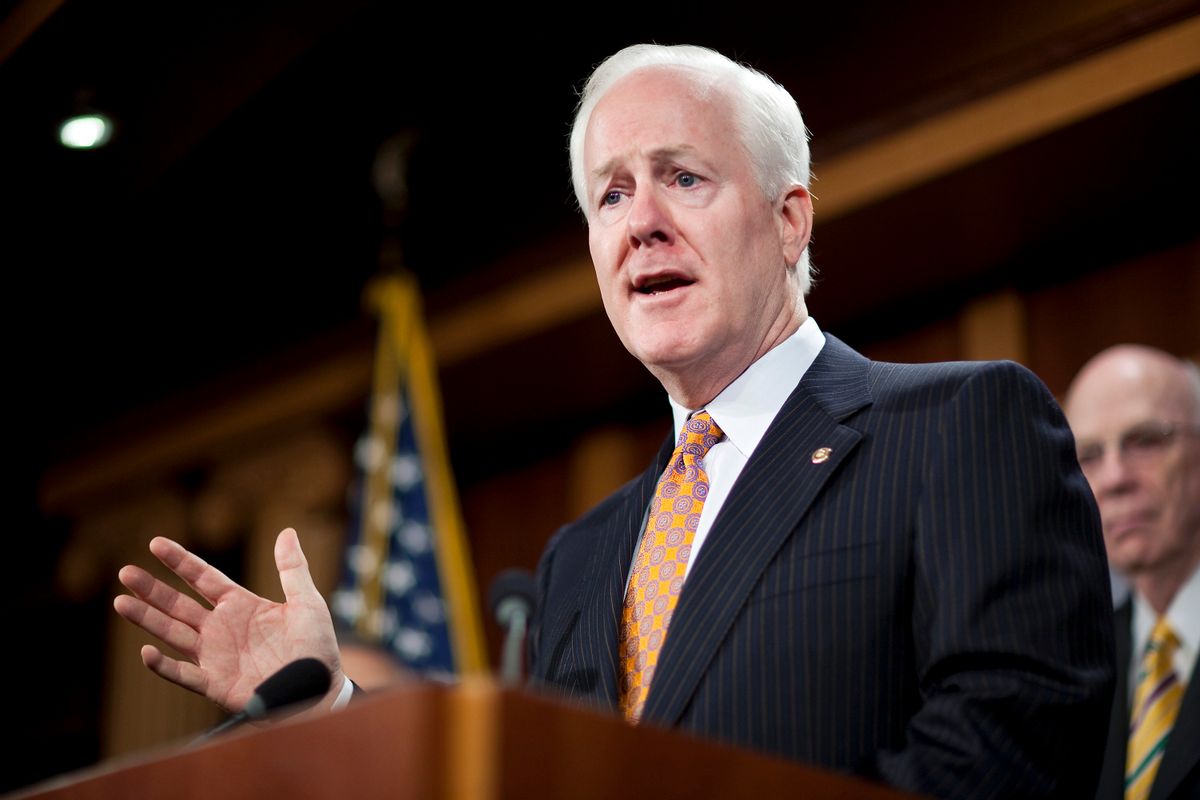 There is no doubt that Ms. Kagan possesses a first-rate intellect, but she is a surprising choice from a president who has emphasized the importance of understanding "how the world works and how ordinary people live." Ms. Kagan has spent her entire professional career in Harvard Square, Hyde Park, and the DC Beltway. These are not places where one learns "how ordinary people live." Ms. Kagan is likewise a surprising choice because she lacks judicial experience. Most Americans believe that prior judicial experience is a necessary credential for a Supreme Court Justice.

Sen. John Cornyn, R-Texas, speaking Oct. 27, 2005, on the nomination of then-White House counsel Harriet Miers to the Supreme Court, after he was asked whether the failure of Miers' nomination showed that it would be "impossible" for people who hadn't served as judges to get onto the court:

Well, I certainly hope that's not the case, and it shouldn't be the case.

I mean, one reason I felt so strongly about Harriet Miers's qualifications is I thought she would fill some very important gaps in the Supreme Court. Because right now you have people who've been federal judges, circuit judges most of their lives, or academicians. And what you see is a lack of grounding in reality and common sense that I think would be very beneficial.

Of course, the situations aren't the same. Kagan has a more impressive résumé than Miers did when she was nominated; she's been dean of the Harvard Law School and has argued six cases in front of the court on behalf of the U.S. government. Miers had a long history of working for George W. Bush, and a brief career in the White House.

But the contrast between the GOP rhetoric five years ago and the GOP rhetoric now shows how tough it will be for that argument -- that Kagan isn't qualified because she hasn't been a judge -- to stick. A source tells Salon that Democrats have compiled quite a few quotes like Cornyn's that they can drop on many Republican lawmakers who -- initially, at least -- supported Bush's choice of Miers. In other words, as the guy who put Miers up for the job might say, bring 'em on.

UPDATE: A Democratic source sends along a few more examples of Republicans praising -- or at least ignoring -- the fact that Miers had never worked as a judge.

Kentucky Sen. Jim Bunning, quoted in the Cincinnati Enquirer on Oct. 20, 2005: "From her background, she looks like she's qualified to be a judge, but what does that tell me about her? It doesn't tell me anything."

South Dakota Sen. John Thune, in the Sioux Falls (S.D.) Argus Leader on Oct. 19, 2005: "'I want to know if she's someone who will be grounded, who will not be blown by the Washington culture,' said Thune, who also noted that he was not troubled by the fact that she does not have any judicial experience because she has extensive practical experience as a lawyer."

Ohio Sen. Mike DeWine (who's since retired, replaced by Democratic Sen. Sherrod Brown), also in the Enquirer on Oct. 20, 2005: "I think the fact she doesn't have judicial experience will add to the diversity of the Supreme Court. There is no reason everyone has to have that same background."

Plus, this special bonus quote, from Utah Sen. Orrin Hatch: "I have long believed that prior judicial experience is not a prerequisite for successful judicial service. Justice Felix Frankfurter taught at Harvard Law School from 1921 until President Franklin D. Roosevelt appointed him to the Supreme Court in 1939. During that time, by the way, he turned down the opportunity to become Solicitor General. But Justice Frankfurter famously wrote in 1957 that the correlation between prior judicial experience and fitness for the Supreme Court is, as he put it, 'precisely zero.'" That's actually from April 19, 2009 -- and Hatch was speaking about Kagan, whose nomination for solicitor general he supported.

The point of all this is that Republicans -- if they do decide to oppose Kagan with any ferocity -- will need to find another reason to do it besides her résumé. They'll have almost no credibility if they insist Kagan somehow needed work experience that they didn't think Miers did. (Then again, that assumes the Washington political culture actually looks back far enough to realize the contradiction.)