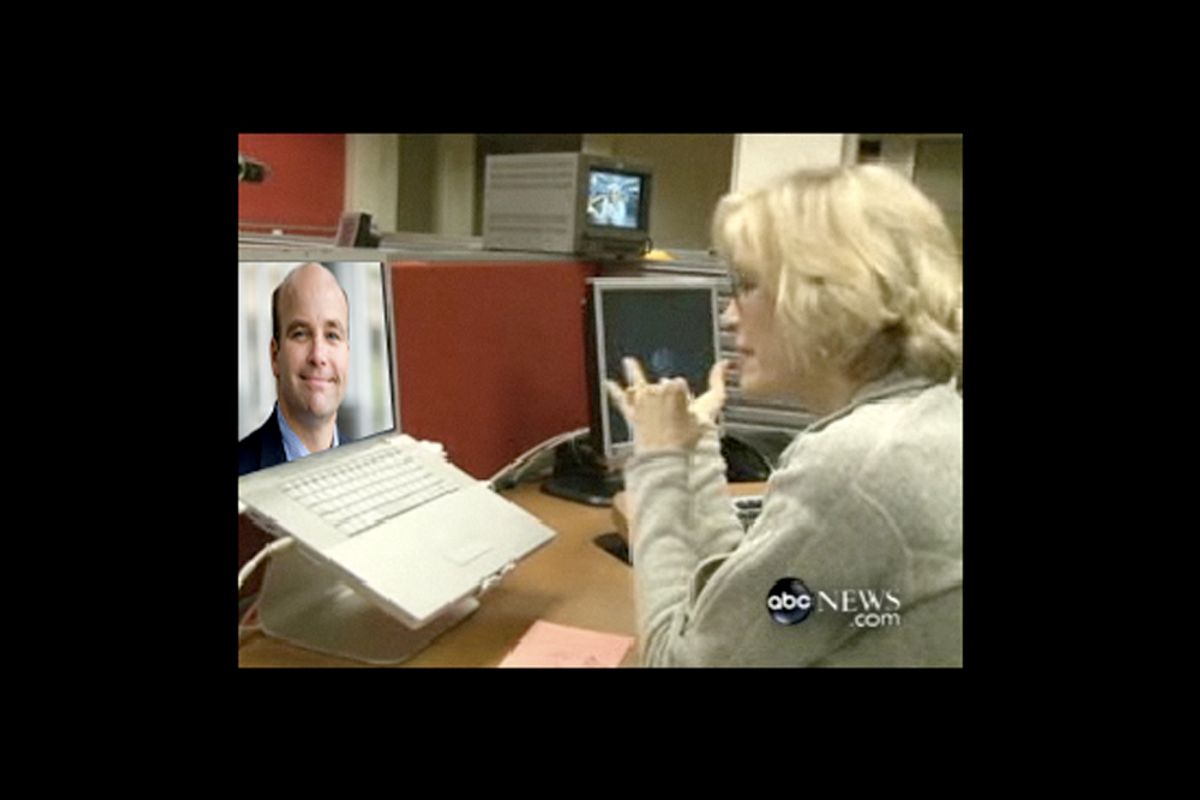 "World News" anchor Diane Sawyer sat down at her laptop in the ABC newsroom and had an Internet video chat with Politico's Mike Allen, the man who writes its morning newsletter of birthday greetings and links to day-old political news stories. The New York Times Magazine recently declared him the most influential journalist in Washington, because a lot of people read his newsletter.

What's that, Diane? You have a potentially interesting question about the possibly cloistered worldview of a court made up entirely of Ivy Leaguers? Well, Diane will make sure to undermine that theoretically interesting line of inquiry by mentioning polls before Mike makes a joke about how it sure is funny that there won't be any Protestents on the court. (What does any of this mean for how the ultimately unaccountable Supreme Court interprets the Constitution? Ugh, who cares, go back to your Magic Cards, nerdlinger.)

So now we know the White House talking points and we know that Republicans will not support her and we know that she will pass anyway, by a narrow margin. But what a fun ride it'll be, right? This is why they got into journalism: to cynically identify the talking points that they will soon report on as news, in the service of an elaborate farce masquerading as political discourse.

If you watch this three minutes of Internet video, you will come away totally informed on the most meaningless and predictable aspects of the coming months-long court battle. I actually think this bizarre TMZ post about how they think Kagan kinda looks like Kevin James (which ... she doesn't?) offers a more substantive take on today's news.