Specter: Help me, Barack Obama, you're my only hope

Rumor has it the president will go to Pennsylvania to try to save the senator, but is it already too late? 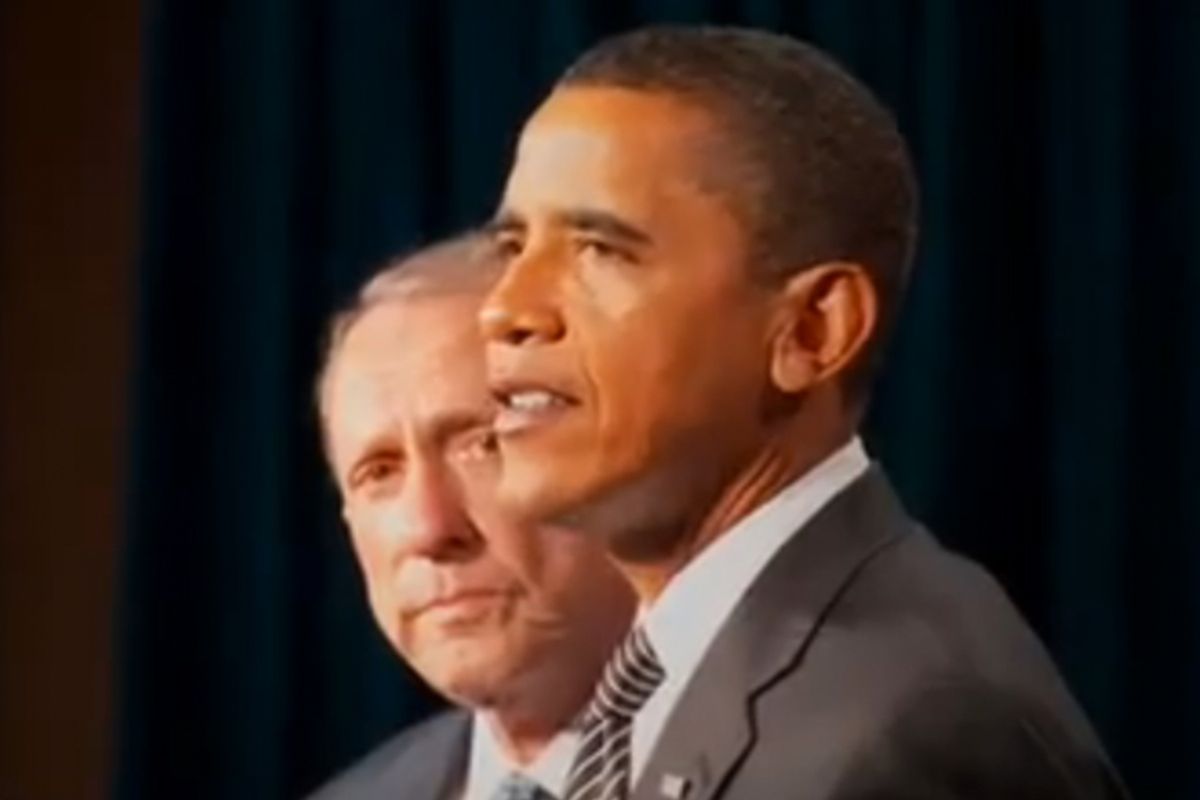 Two years ago, Arlen Specter voted for John McCain for president. Six days from now, Barack Obama may be his only hope for political salvation.

Specter's been through a lot since November 2008, of course. He broke with the GOP to pass Obama's economic stimulus bill. He switched parties. He faced down furious voters. He built up a big lead in polls ahead of Pennsylvania's May 18 Democratic Senate primary... and then he squandered it.

For Specter to win Tuesday's primary against Rep. Joe Sestak, he needs heavy turnout in Philadelphia, especially among black voters who helped power Obama to an 11-point win in the state over McCain two years ago. In the presidential election, black voters made up 13 percent of Pennsylvania's electorate. Turnout doesn't tend to be that high, though, in primaries; in 2006, when the party also had a contested Senate race, only 12 percent of the city's Democrats showed up to vote. Which is why Specter has been running radio ads featuring Obama on Philly radio stations that cater to black listeners, and why he's blanketing the TV airwaves with Obama's image, as well.

"The president's support, the support of the governor and mayor of Philadelphia are going to be critical," said Rep. Chaka Fattah, D-Pa., in an interview. "And I think that the work that [city Democratic Party chairman and Rep. Bob] Brady's doing with the Democratic Party organization is going to prove decisive." Fattah expects turnout to be far higher than the 12 percent in 2006:"No one should hope for that kind of result Tuesday."

Now some political operatives in Pennsylvania tell Salon they're hearing Obama may come to Philadelphia this weekend to campaign for Specter -- even though the White House has been saying this isn't in the cards. (Vice President Biden is planning to visit, but with his son Beau hospitalized, that could change.) Part of the deal when Specter switched parties was that the Democratic establishment would help him out; the White House and Gov. Ed Rendell couldn't keep Sestak out of the race, but they're doing what they can to pull Specter over the finish line.

"He needs to utilize the IOUs that he put in his pocket when he switched parties," says Mark Nevins, a Democratic consultant in Philadelphia who isn't working for either campaign (but who is working for state Sen. Anthony Williams, who trails Allegheny County executive Dan Onorato in the gubernatorial primary, and who might benefit even more than Specter from motivated voters in Philadelphia). "That's Gov. Rendell, that's Vice President Biden and President Obama -- and every other Democratic Party official under the sun who promised to work hard to get Arlen Specter re-elected."

For now, the only sign of Obama in Pennsylvania is this Specter ad, declaring him "the real deal," which began running this week:

If it happens, an Obama visit could help Specter's GOTV effort dramatically, in a race that public and private polls say is too close to call. (Then again, the sight of the presidential limo rolling through town just before Election Day didn't save Jon Corzine or Martha Coakley.) Sestak's aides, who have heard the Obama buzz, are putting on a brave face, regardless.

"We think Pennsylvania Democrats understand that Joe would be a much better ally for President Obama for the next 6 years," said spokesman Joe Langdon. "Throughout, Specter has been running a GOP-style campaign -- focused on top-heavy endorsements and over-the-top attack ads. What he doesn't realize is that Democrats are a grassroots, not a lockstep, party and don't respond to those tactics."

Of course, the most brutally effective ad of the campaign so far is this one Sestak started airing recently:

The problem establishment Democrats have now is they don't want to lose Specter to Sestak's insurgent campaign -- but at the same time, if Obama comes up and stumps for the incumbent and Specter still loses, the president will be 0 for 3 in last-minute interventions this cycle. Specter has always been a survivor; Pat Toomey and Joe Hoeffel couldn't beat him in the primary or the general election six years ago (though Toomeyis waiting for a second shot at him in the fall if Specter makes it past Tuesday). Now, he may need some help from his new friends to keep the act going.