The challenger in the Pennsylvania Senate primary says he's the real Democrat, and it's time for a change 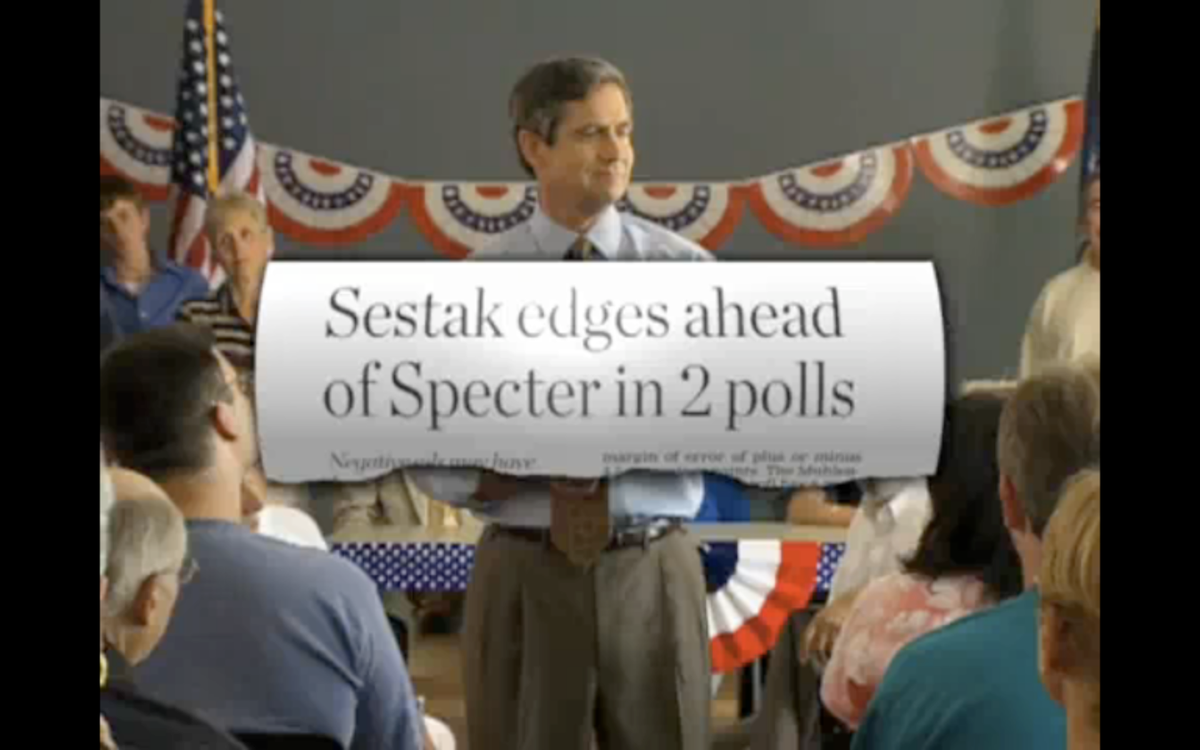 Joe Sestak's latest ad in the Pennsylvania Democratic Senate primary hits Arlen Specter on two fronts. First, it says he's not enough of a Democrat, by laying out their ratings from key interest groups like the League of Conservation Voters and the National Organization for Women. And then it goes right at what has been one of Specter's strengths -- his seniority -- by saying Sestak is "the best Democrat for Pennsylvania's future." (Translated a little more bluntly: Specter's old.)

Watch here, and look for a clever move early in the ad. As the narrator says the race is "a dead heat," newspaper headlines scroll past. But they don't say it's a dead heat -- they say Sestak is winning. That's a smart way to show wavering voters that the momentum is with the challenger. (For what it's worth, both public and private polls show the race is a dead heat.)