At Philadelphia polling place, Joe Sestak is a popular guy

The challenger found plenty of support in his race against Arlen Specter, and sounded increasingly confident 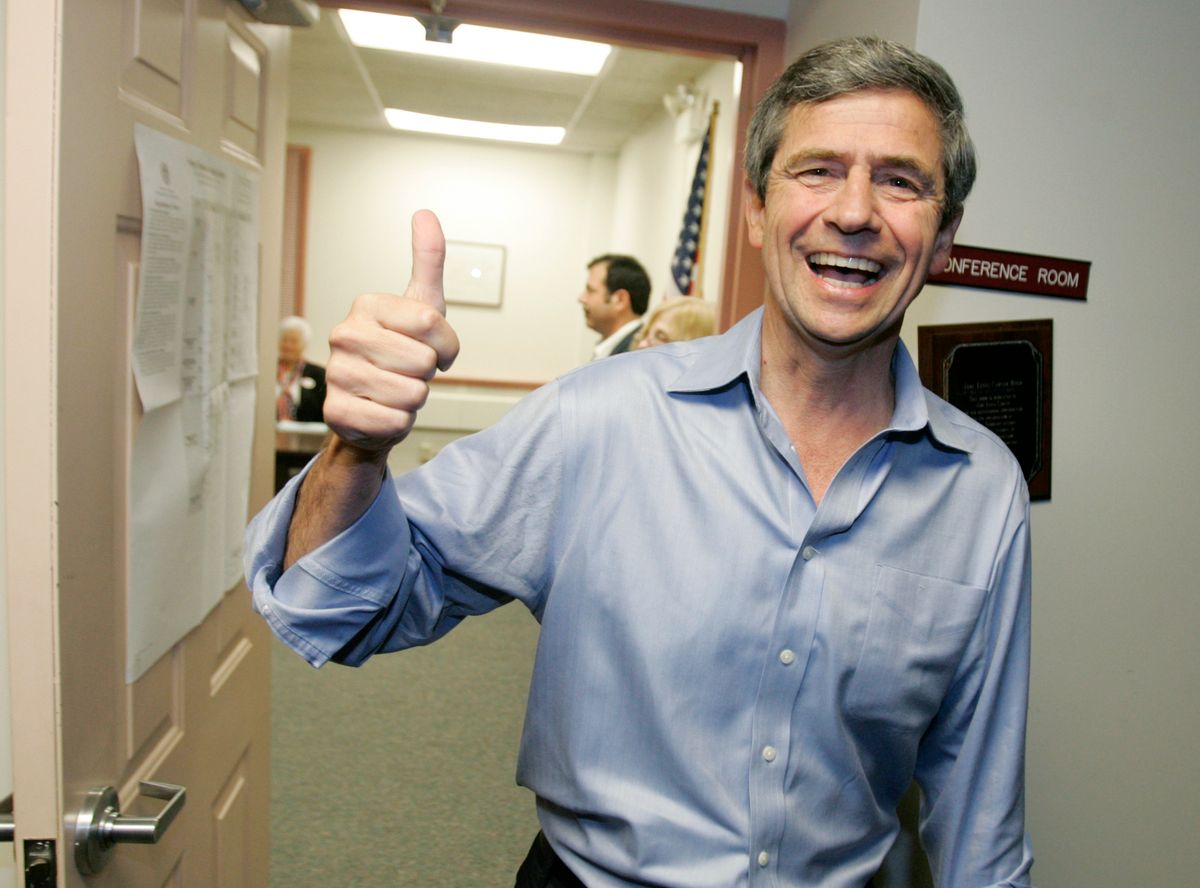 Rep. Joe Sestak strode into the William Penn House lobby Tuesday morning, walked a few feet and was promptly intercepted by some fans.

"I just voted for you -- good luck!" one woman said. "Thanks for coming through our lobby." Another man stopped him as well. "You just got mine, too, Admiral," he told Sestak. "And it's time to get rid of him. I mean that." "Him," of course, would be Sen. Arlen Specter, and as Sestak visited polling places in Center City Philadelphia on Election Day morning, he seemed pretty confident he'd do the job.

"I feel pretty gratified," he said. "When I went and made that decision back in July -- when I visited those six, seven counties -- what to do, whether to get in when the Democratic establishment said, 'Sit down,' I found people that were hurting... Slowly over time, as people got to know us, they're giving me an opportunity to renew their faith, their trust that maybe we can change Washington, D.C., once again."

Wearing a flight jacket from his old Navy aircraft carrier days (which, very on message, he insisted helped to demonstrate that he stood for accountability), Sestak couldn't walk more than a few feet at a time toward the ballot booths without being interrupted by voters wishing him well. The community room in the William Penn, a 600-unit co-op building near the northwestern edge of downtown, is -- at least according to the election workers there, who all seemed to be residents, as well -- one of the highest-performing polling places in the city. Around 10:30, three and a half hours after the polls opened, 102 people had voted; that sounds like low turnout, but the poll workers say it's about average.

"I know who you are, I'm voting for you," said Larry Brouse, from Jenkintown, Pa., who was volunteering at the polling place for Gregg Kravitz, a state House candidate. "I love your ad." (He was talking about this one, by the Campaign Group's Neil Oxman, which bashed Specter for flipping from Republican to Democrat.) "You know, I used to like him, I used to vote for him," Brouse told Sestak. He voted for Specter in 2004, the last time he ran -- even though this time, he's voting for Joe Hoeffel, the Democrat who fell short of defeating Specter then, in the gubernatorial primary. "I don't like the flip-flopping, that whole thing annoyed me."

The cold, rainy weather in Philadelphia isn't likely to help Specter out any more than the sentiments of people like Brouse do. The incumbent's path to victory depends on a big turnout in Philly, and for a relatively low-interest election, any excuse to stay home could depress the vote totals. Polls close at 8 p.m. Eastern.