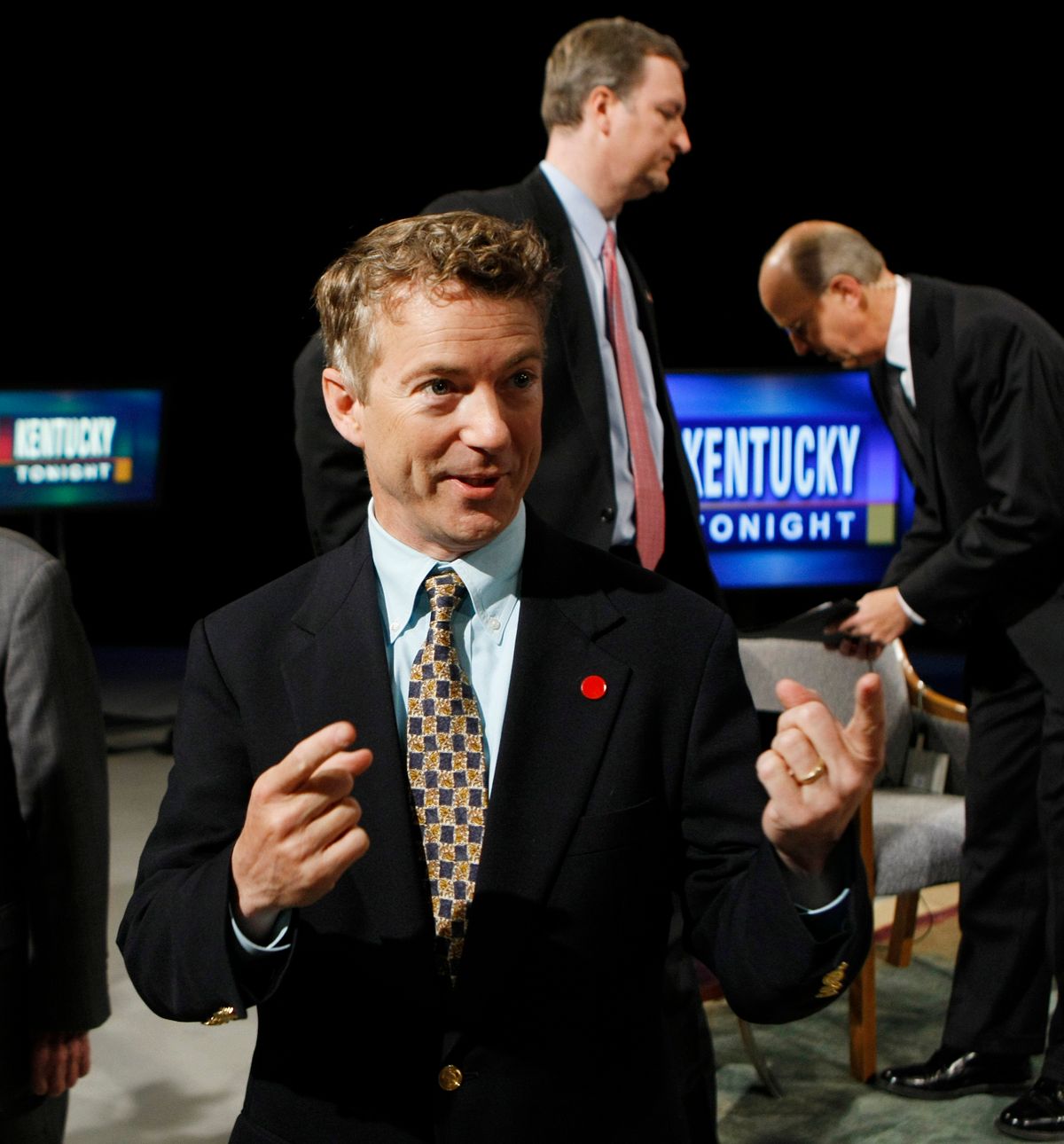 There wasn't much suspense, but the reality is no less jarring: Ron Paul's son, a 47-year-old ophthalmologist with no previous political experience, is the Republican nominee for Senate in Kentucky -- and he's in good position to win the seat in the fall.

For months, Paul enjoyed double-digit polling leads over Trey Grayson, Kentucky's secretary of state and the handpicked choice of Senate Minority Leader Mitch McConnell, his dominance impervious to the GOP establishment's effort to portray him as a risky general election candidate. Paul also withstood a concerted effort by his father's neoconservative enemies to delegitimize his candidacy; Rudy Giuliani and Dick Cheney were among those who sided with Grayson.

When the results began streaming in shortly after 7 P.M. on the East Coast, it was clear a Paul landslide was in the offing.

Many will credit Paul's triumph to the Tea Party movement, which he embraced wholeheartedly. There is something to this; after all, many original Tea Party activists are veterans of Ron Paul's 2008 presidential campaign. But as it has grown, the Tea Party movement has become virtually indistinguishable from the Republican Party base. This makes Paul's achievement that much more remarkable: In racking up such an enormous margin, he managed to unite factions of the GOP that don't frequently see eye-to-eye.

With Paul as the GOP nominee, national Democrats will now talk up the Kentucky race as a chance for a pick-up this fall -- especially if the Democratic establishment's preferred candidate, state Attorney General Jack Conway, wins his primary. (Early returns showed Conway, who had trailed Lt. Gov. Dan Mongiardo for most of the campaign before pulling into a statistical tie in the final week, leading.) The logic is simple: With his libertarian economic views (and family name), Paul will be easy to caricature as a quirky extremist.

That's the theory, at least. But Paul may be harder than Democrats believe to knock off. For one thing, he's a far more charismatic and savvy communicator than his father -- not quite as easy to caricature as a quack. Moreover, the political playing field in Kentucky in 2010 isn't exactly level. The state has conservative leanings to begin with. Add in the fact that midterm elections almost always boost the out-of-power party; the fact that Barack Obama has never really caught on in the state; and the fact that his popularity in Kentucky has been further ravaged by the economy -- suddenly, a Paul victory in November hardly seems improbable.

Certainly not as improbable as his victory tonight seemed a year ago.