Soul music blared and a TV had to be switched from Fox News to MSNBC. Early returns showed Specter up narrowly 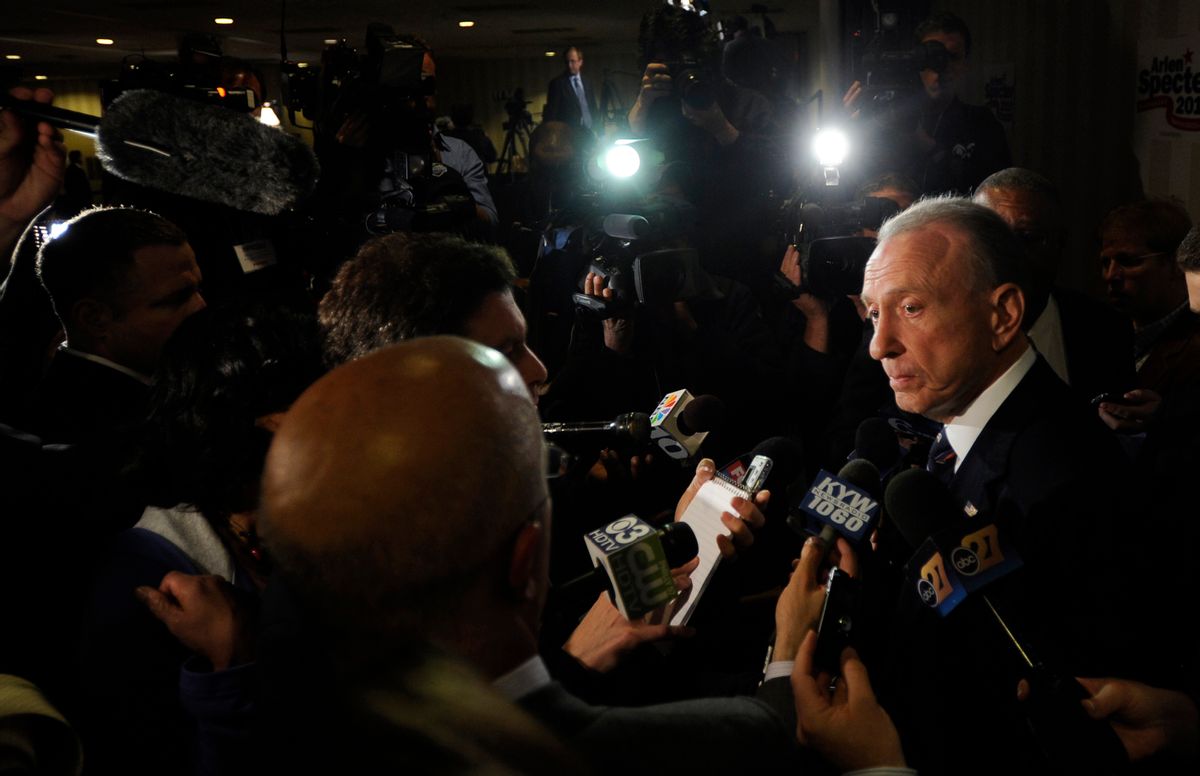 Some old habits die hard. So the TV in the corner of the hotel ballroom in Center City where Arlen Specter's supporters were gathering Tuesday night to watch election returns lingered on Fox News Channel for a while -- until someone finally remembered that at Democratic events, you're supposed to watch something else.

Early returns started to trickle in not long after the polls closed at 8 p.m. Eastern, and they didn't look great for Specter. Turnout was, as everyone had been saying all day, pretty low; Philadelphia was on pace to deliver only about 160,000 total votes -- which doesn't seem like it's anywhere near enough for Specter, who was counting on a big margin here. A DJ spun soul music -- Bill Withers, Stevie Wonder -- as people picked at bacon-wrapped scallops and hit the bar.

Check back here for more updates throughout the night.