What did Dems just learn about November?

The 2010 midterm elections are supposed to be hell on Democrats, but the party did just fine tonight 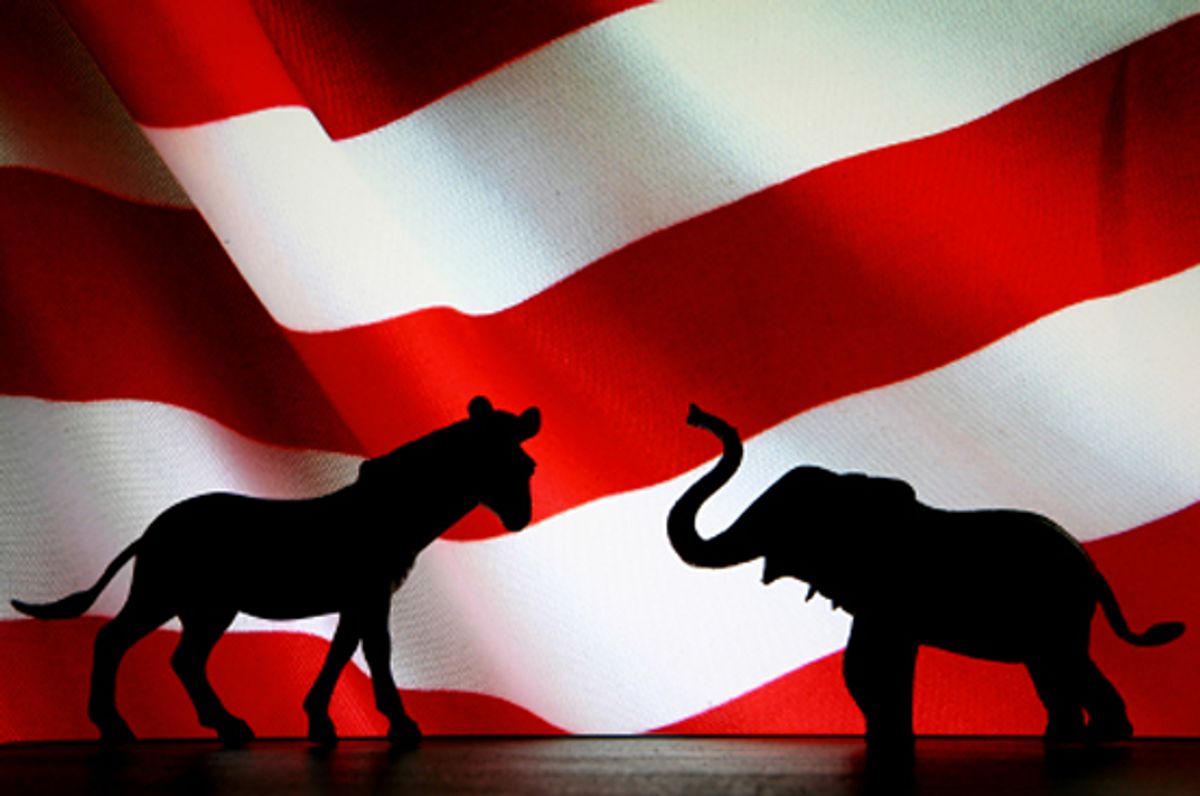 I don't think Democrats should get cocky looking at Tuesday night's election results, but if they want to learn what might work in November 2010, there are fascinating lessons in what just happened.

On the GOP side, Mitch McConnell, Dick Cheney and the NRCC lost big, as Kentucky voters rejected Trey Grayson and Jeff Reetz in big Senate and House primaries there, going for Tea Party newcomers Rand Paul and Todd Lally. In Pennsylvania, the NRCC lost again, as Democrat Mark Critz beat Republican Tim Burns for Jack Murtha's old seat, in the only district that voted for John Kerry in 2004 and John McCain in 2008. Burns tried to nationalize his race by with a campaign cartoon that depicted Nancy Pelosi as a monster (about the fifth time Republicans have tried, unsuccessfully, to run against Pelosi). He only succeeded in showing he has Mommy issues with his silly Pelosi caricature.

On the Democratic side, President Obama got rocked in the Pennsylvania primary, where Democratic insurgent Joe Sestak beat "incumbent" Sen Arlen Specter (although Specter's longterm GOP history made it hard to see him as a Democratic incumbent). Meanwhile, Arkansas Lt. Gov. Bill Halter has succeeded in pushing Sen. Blanche Lincoln into a run-off, another defeat for Obama and mainstream or conservative Dems.

I'm not sure this says anything about Obama's electoral strength. He probably did the right thing by backing Specter, as promised, to get his stimulus vote; I think Sestak and progressive Dems did the right thing to ignore the president, and I'm thrilled he beat Specter with an insurgent campaign. Ultimately, Sestak is  a better vote for Obama than Specter was, so it's hard for me to see his victory as a loss for Obama.

So for tonight at least, the lesson seems to be that both parties are vulnerable to insurgent challenges from their base. The Tea Party has shown that it can be a force in electoral politics (before tonight, its main achievement was electing Democrat Bill Owens in the NY-23 race, when party members decided GOP incumbent Dede Scozzafava was too liberal.) We don't know yet how that will play in November. Will those insurgents prove to be stronger candidates than the establishment figures they beat? Or will they wind up marginalized in a two-party race?

Kentucky is already interesting. State Democrats chose the marginally more progressive candidate, Jack Conway, to defeat Rand Paul, and Democratic turnout was higher than in 2006. It's hard to imagine Republicans losing Jim Bunning's seat, but Conway is going to have a good time promoting Rand Paul's lesser-known stances, like wanting to repeal the Americans with Disabilities Act. That will be a good race. And in Pennsylvania, polls have shown Sestak running stronger against Club for Growth Republican Pat Toomey. So not only did the more progressive candidates win in both states, but they may also be more electable in November. We'll still have to see what happens in the Halter-Lincoln runoff.

It would be simplistic to suggest the storyline will stay the same until November. But it's clear that the MSM storyline – that Dems are doomed by voter discontent – is more simplistic. What Tuesday shows is Democrats with a strong message and a willingness to buck the status quo will get a hearing from voters and won't be treated as part of the tired, sold-out establishment. And despite all predictions of Democratic torpor after the excitement of 2008, the party base turned out tonight. Let's hope Democratic leaders read the results the right way and learn what to do in November.