How to be a food snob

You don't have to be a jerk to have a palate like one. Plus: A slide show to train the tongue and master your mouth 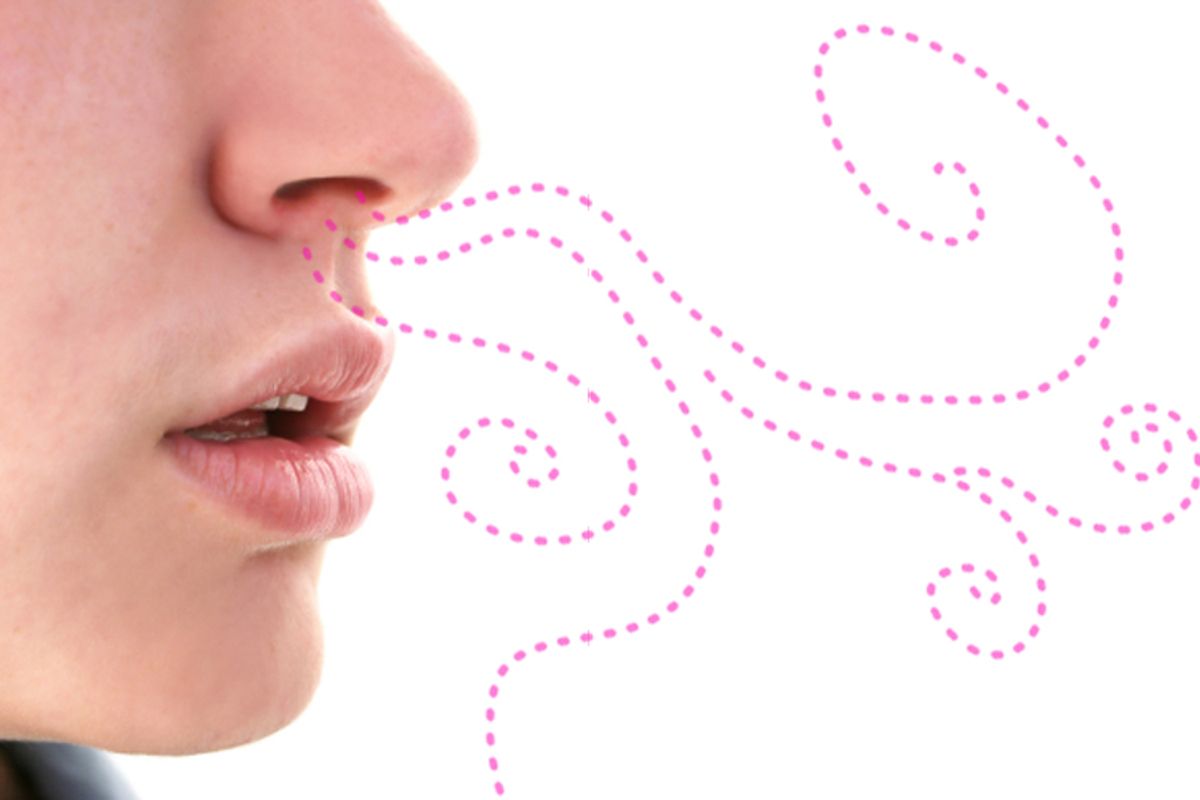 There's no more insufferable supper companion than a food snob: You know, one of those folks who sit around and complain that the sauce is too bright and the roux too bitter, or that the onions should have been allowed to sweat rather than brown.

But hey, there's something to be said for the power of their palates, their ability to pick up cues and vocalize what they're tasting from the muddle of flavors in the mouth. (Even if, as I sometimes suspect, they just think they can.) I'm not talking about "super tasters" — those few who physically have more taste buds than the rest of us — but the eaters and cooks who always seem to know just what it is they're eating.

How do they do it? And more importantly, other than spending $60,000 on a culinary degree, could I train myself to do it, too? I put the question to experts who should know: a tongue doctor, a chef or two, a sommelier and a flavor chemist.

Breathe, Damn It!
I start with the doc, naturally: Andrew P. Lane, an otolaryngologist — he studies the head and neck, that is — who directs the Johns Hopkins University Sinus Center.

On a daily basis, says Lane, patients complain to him that they've lost their ability to taste, which, sad to say, does indeed decline with age and the influence of a growing number of prescription drugs. Those very real problems aside, Lane often starts by telling clients just what he tells me: There's the technical ability to taste, and then there's what we perceive as flavor.

Our tongues are equipped to experience only salty, bitter, sour and sweet flavors, plus umami, a newish term we borrowed from the Japanese to define a savory tasting sensation.

"But that's not really the flavor of food," Lane says. Flavor — the citrusy essence of lemongrass, that lusty smokiness of chipotle peppers — comes mainly via our nose, he says, and largely through what's known as retronasal or orthonasal smelling.

In other words, when you take a bite of food and chew, some aromatic compounds go into your mouth and back up into your nasal passages: "You may not even think you're smelling," says Lane, "but you are."

Ever seen a wine taster — olive oil, beer and cheese geeks do it too — swish their wine around in their mouths and suck in air over their tongues? It's all about getting those aromatics back up into their noses.

Obviously, smoking and sinus problems hamper your retronasal capabilities, but by the same token you can potentially boost your skills by going whole hog with your breathing and slurping ... though you might look super-silly at the Olive Garden in the process.

Develop a Pantry of the Mind
But if your brain doesn't recognize what it is your schnoz is sniffing, no amount of inappropriate gurgling noises will do you any good, so I ask Mark Ainsworth, a chef who teaches continuing education classes on the physiology of taste for professionals at the Culinary Institute of America, how to develop a mental flavor bank.

Ainsworth's approach is to train chefs on basic ingredients and key flavor foundations by making the poor things taste them. So his students spend a day sampling a pile of herbs, both fresh and dried; they go through the spices, the oils and the vinegars; they try onions browned, caramelized, sweated and sautéed, and nuts toasted versus roasted. They also taste these components in basic culinary combinations and cooking methods: the classic French flavor base of sautéd celery, carrots and onions called mirepoix, the rich blend of coconut milk, fresh herbs and chiles that start so many Thai dishes.

"Another way to get better at it," Ainsworth says of tasting, "is to understand those ingredients that are common to a specific country, to its flavor profile ... If you were to eat your food with your eyes closed," he asks, "do you know where you are?"

Comparing Korean and Thai and Cantonese or Ukrainian and Polish and Bukharian is tricky for most folks — though it could be the start of a killer potluck supper club — but mastering the basic ingredients is easy: Buy 10 fresh herbs or five oils or cheeses or spices and taste them side by side, Ainsworth says.

And get in the habit of tasting all the ingredients that go into a dish you're cooking before it's made, he says, so you can see what they're like raw and cooked in certain ways and with certain components. Although cooking techniques require practice, we have a remarkable memory for flavors once we're told what they are, Ainsworth notes, meaning you have to taste pure marjoram only once to get it.

His colleague, associate professor Lani Raider — she teaches a class for culinary students called "Introduction to Gastronomy" — offers yet another suggestion for nailing down a flavor: Taste ingredients as fresh as you can get 'em, straight from soil if possible.

"I take them out to the farm," she says of her students, "and I pull the beet out of the ground."

"What most people get in this country are hues of things," Raider says, referring to the fact that unless you're reading this in California, your supermarket asparagus probably sat for at least a week before you tasted it.

I'm tempted to brush this off as farm-to-table political posturing, but Raider proves her point when she reminds me that fresher ingredients — be they spices or strawberries — will naturally be more intensely flavored and more intensely aromatic ... and smell, we now know, is mainly what we're sensing anyway.

Get a Grip on Your Adjectives
Raider also offers another suggestion, one she lumps under the broader category of "expanding your consciousness." Keep a food diary not of what you eat but what you experience. She says, "There's a pretty big difference between eating and tasting."

What she means is considering and taking note of the entire experience of tasting: The way the food feels in your mouth, what your beer smells like cold and if it's different when it's lukewarm, what you notice with the first piping-hot bite of sauce compared with the last chilled streaks you scrape up before the server takes the plate. Do you feel one sensation more than others as you chew, a citrusy tingle at first, followed by rush of sweet?

That's a concept I hear again from Andrew Bell, a co-founder and the president of the American Sommelier Association, who trains wine snobs to be. "I tell my classes, 'Your drinking days are over,'" he says. "Drinking does not require cognition; taste requires cognition."

Wine tasting, you might have noticed, is big on cognition of a certain kind: a vocabulary of comparison, all that jazz about wine tasting like oak and petroleum and passion fruit and cat pee. Having "the balls," as Bell puts it, to put what you're tasting into new adjectives is what makes great tasters, great tasters.

But the rest of us usually just learn the old adjectives that turn into jargon, usually by tasting something that is already agreed-upon to be apple-y or citrusy or whatever — Merlot and plums, Riesling and petroleum — rather than trying to pick it out ourselves.

Bell's tasting diary is different from Raider's in one key respect, since with wine the goal is really the get — meaning, when you finally make the connection between what you're tasting and what you're supposed to be tasting. Getting to know wine — or other specific foodstuffs with their own jargon, like cheese or beer — often requires that you take a nip either in front of an expert or an open book.

Bell, like any other expert, will tell you that you haven't failed if you haven't sussed out a certain fruit in the aroma or flavor at the tail end of your guzzle — Hey! it's all about enjoying the wine, right? — but it's pretty damn satisfying when you nail them. (And if you can't get any of them at all, well, maybe developing a wine cave shouldn't your primary investment strategy.)

Then there are defects: Calling them out by name is important to fine tasters of wine, too. An admission: For years I've been hoping to be out to dinner with somebody who angrily declares the bottle of Beaujolais or whatever we're drinking to be corked — so I can finally know what "corked" tastes like.

If I'd studied flavor chemistry at the University of Minnesota in Minneapolis, it turns out, I'd already know. Budding flavor experts there, says Gary Reineccius, the head of the department of food science and chemistry, take a class on common defects. "We spend three days making the worst foods you've ever tasted," he says.

That way, the class can see what rancid olive oil (leave a near-empty bottle in the back of a warm cabinet for six months and try it next to a new one) or oxidized milk (put a bottle in the sun for a few hours) really tastes like in a recipe. Just by tasting, Reineccius says, he students can save a company with a returned product the $20,000 that two months of lab testing will cost it.

Though Reineccius, like Bell, is especially impressed by those bold enough to create their own tasting terms. He recalls a flavor production company he used to work for in New York City, where he and other chemists would gather to sniff new flavors each morning. "What these guys do is just be extremely conscious, not only of what they're eating, but the world around them," Reineccius says, "and that's where they get a vocabulary."

One of his all-time favorites, in fact, is a descriptor you probably won't get to use at your next four-star dinner function: "That smells," Reineccius recalls a colleague remarking, "just like the fire hydrant at 42nd Street."