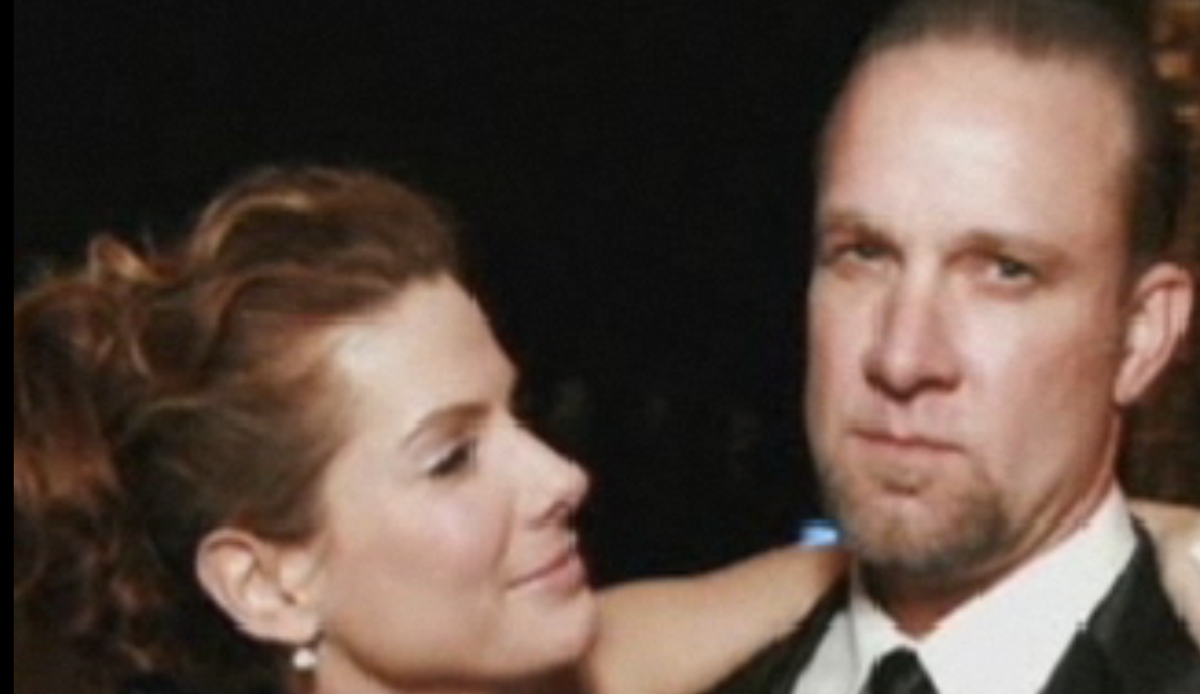 When ABC correspondent Vicky Mabrey described him as the most hated man in America, Jesse James quickly corrected her. "I think the most hated man in the world now." And as the daredevil, motorcycle enthusiast, and soon to be ex-husband of Sandra Bullock said those words, there was a nervous smile on his face. An odd bit of pride, even. Nobody screws up our lives quite like we do.

James, whose seemingly picture-perfect marriage to America's sweetheart took an abrupt nosedive earlier this year with the revelations of his grandly ill-advised infidelities, is the subject of an entire edition of Tuesday's "Nightline" (apparently there's only so much of a public appetite for oil spills), a lengthy preview of which aired today on "Good Morning America." Speaking out directly for the first time since his marital combustion, James repeated a familiar list of platitudes from the Philanderer's Guide to Public Contrition, admitting, "I lied," and, "I deserve everything bad that's coming my way."

But unlike Tiger Woods, who spoke in his apologia of his sense of entitlement and enjoyment of "the temptations," James comes off as a man whose motivations are more baffling. One may not excuse a rich athlete for playing around with a coterie of porn stars, but one might comprehend the selfish allure of it. On the other hand, James' dalliances with, among others, a woman with the words "White Power" on her fridge just seem self-defeating. And that's exactly his excuse. "When I was doing it," he said, "I knew it was horrible. It made me feel horrible. I knew I would get caught eventually, and I think I wanted to get caught … It was me trying to self-sabotage my life."

Well, if his ultimate goal was to run out of feet to shoot, James certainly seems to have gone about it brilliantly. Maybe that's why, while part of the fascination with this whole train wreck is the public sympathy that the likable Bullock engenders, part of it is also that uncomfortably familiar chord that James' behavior strikes. Sure, most people get through life without betraying a loved one with an alleged white supremacist, but who among us has never pulled a muscle digging one's own grave? Who hasn't felt the terrible thrill of screwing it all up?

In the teaser for tonight's full interview, Vicky Mabrey claims James will be revealing details of his -- surprise! -- childhood that may have motivated his recent poor decision-making and current stint in rehab. As he says, "I took a pretty amazing life, and amazing success and marriage ... and threw it away by my own hands." But even those without apparent addictions and heavy-duty personal problems know the nerve-wracking sensation of having things go well -- the creeping fear that it's not deserved, or that it'll get taken away. And sometimes, somewhere, buried deep in the subconscious, is the idea that "I'll show you, world. I'll blow it up myself before you can take it all away." Because the pressure to hang on to what you have, to be good and talented and honest and, perhaps, less of a big fat fake, tends to plummet the further down the heap you fall.

Think of the last time you gave a friend a compliment or congratulations. Was the response a simple thanks, or was it a "No no nooooo, it's no big deal, it's not that great, it's probably going to end tomorrow anyway!" When was the last time you yourself said it? What the hell is up with that?

Part of it is likely those nagging self-esteem issues that, sadly, seem to come pre-installed with the human condition and get reinforced during phys ed, school dances, and holidays meals with the family. And part of it is no doubt the fear of attracting ill will through one's good fortune. In case you hadn't noticed -- haters gotta hate. Behind every happy, successful person, there's a gang with an ocean of bile and resentment waiting to cheer when they fall. While some among us are able to embrace the good things in life -- and even the subsequent backlash that often comes with them -- with grace, gratitude and egos in healthy check, there will always be plenty of room on the spectrum for frailer emotional constitutions.

Jesse James likely has a whole dysfunctional laundry list for doing the naughty things he did, including the obvious one that his affairs may have, when not being "horrible," provided some pleasure. And he similarly has plenty of motivation for speaking out now. He has a career that the ambitious, self-made part of him needs to salvage, and a strong desire to clear his image from the taint of being known as "a racist." But watching him get tearful as he spoke of "decimating my life," one couldn't help detect a little masochistic relief on his face as well. Walt Kelly famously said that "We have met the enemy, and he is us." Some days, it's hard to achieve détente, but James is today's best reminder to consider how crappy the alternative is. Instead of that "amazing life" he says he once knew, his prize now is that he gets to triumphantly quaff from a "World's Most Hated Man" mug of his own making. And for whatever weird satisfaction it may provide him,  if there were a competition for the person who hates him the most, Jesse James would surely win that, too.