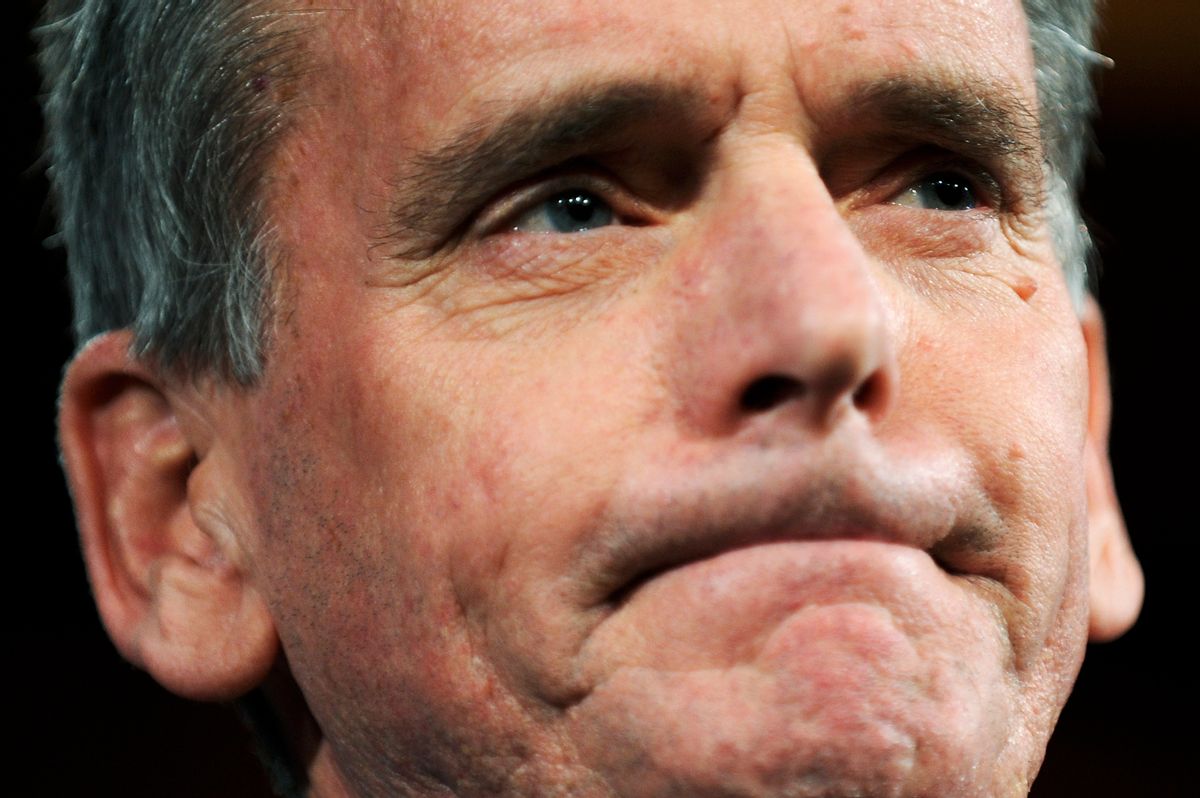 US Senator Judd Gregg (R-NH) pauses as he announces he is withdrawing as President Barack Obama's Commerce Secretary nominee at a news conference at the US Capitol in Washington February 12, 2009. REUTERS/Jonathan Ernst (UNITED STATES) (Reuters)
--

Joe Sestak claims the White House offered him a job if he declined to run against Arlen Specter. The White House denies it.  Darrell Issa, the ranking Republican on the House Oversight Committee, has declared this a bribe and is demanding investigations. Yesterday, he even used the "I"-word.

Leaving aside the fact that the White House denies this ever happened, there's no way on Earth a vague "job offer" in exchange for leaving a Senate race constitutes a "bribe," let alone a violation of the law. If that's the case, we should probably appoint a special prosecutor to investigate whether Sen. Judd Gregg committed extortion when he demanded that the White House force a Democratic governor to appoint a Republican to his seat if they wanted him to be their commerce secretary.

The White House gave in to his outrageous demands. And then Gregg backed out of the job after accepting it! Perhaps he should also be investigated for "breach of oral contract" or something, as long as we're in a special prosecutor-appointing mood.