As the "top kill" is implemented, harrowing details emerge of the hours before the explosion and who is to blame 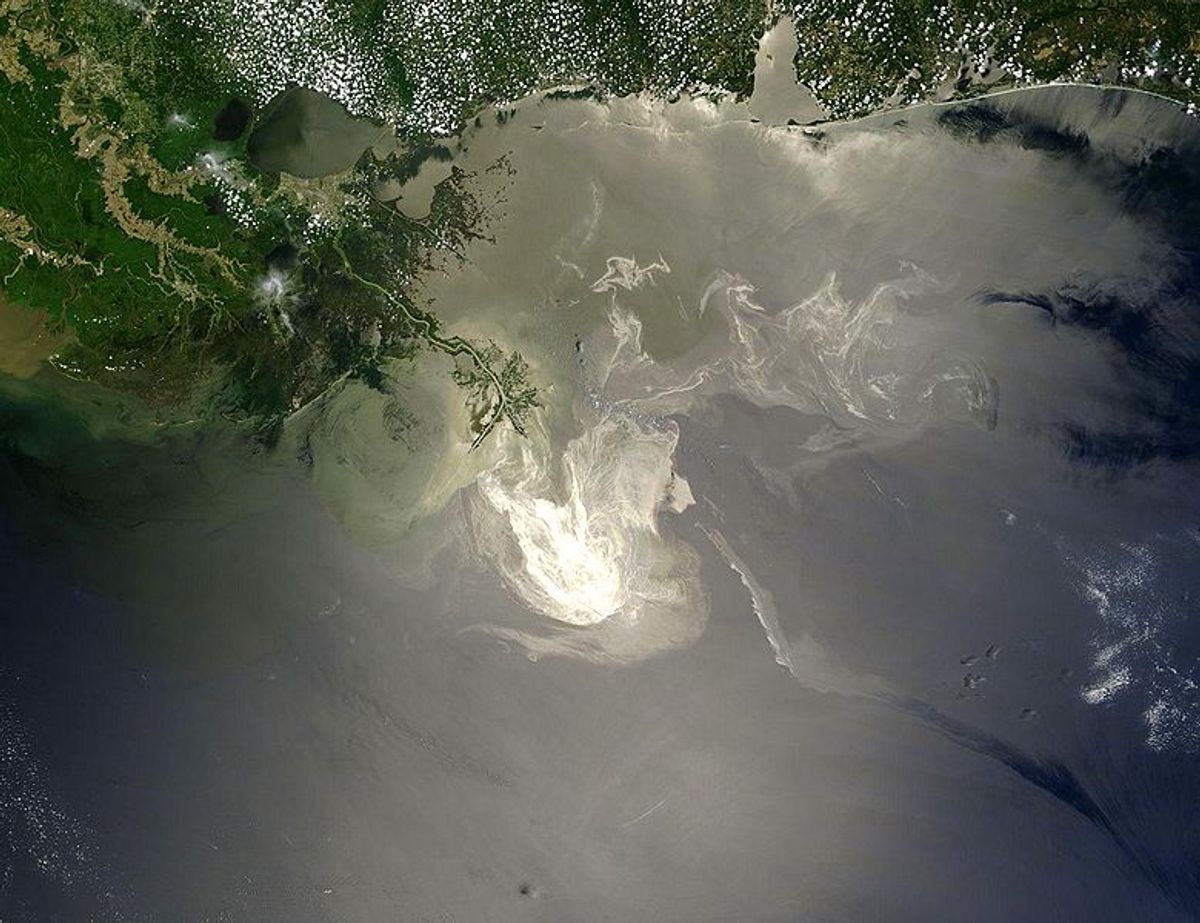 As the Deepwater Horizon drilling rig burned around him, Chris Pleasant hesitated, waiting for approval from his superiors before activating the emergency disconnect system that was supposed to slam the oil well shut at the bottom of the Gulf of Mexico.

The delay may have cost critical seconds. When Pleasant and his co-workers at rig owner Transocean finally got the go-ahead to throw the so-called deadman's switch, they realized there was no hydraulic power to operate the machinery.

Five weeks after the April 20 explosion that killed 11 workers, the blown-out well continues to gush oil, pouring at least 7 million gallons of crude into the Gulf.

Dozens of witness statements obtained by The Associated Press show a combination of equipment failure and a deference to the chain of command impeded the system that should have stopped the gusher before it became an environmental disaster.

On Wednesday, BP launched its latest bid to plug the well, force-feeding it heavy drilling mud in a technique known as a top kill. Officials said it could be days before they know if it worked, and President Barack Obama cautioned there are "no guarantees."

At a Coast Guard hearing that started earlier this month and continued in New Orleans on Wednesday, Doug Brown, chief rig mechanic aboard the platform, testified that the trouble began at a meeting hours before the blowout, with a "skirmish" between a BP official and rig workers who did not want to replace heavy drilling fluid in the well with saltwater.

The switch presumably would have allowed the company to remove the fluid and use it for another project, but the seawater would have provided less weight to counteract the surging pressure from the ocean depths.

Brown said the BP official, whom he identified only as the "company man," overruled the drillers, declaring, "This is how it's going to be." Brown said the top Transocean official on the rig grumbled, "Well, I guess that's what we have those pinchers for," which he took to be a reference to devices on the blowout preventer, the five-story piece of equipment that can slam a well shut in an emergency.

In a handwritten statement to the Coast Guard obtained by the AP, Transocean rig worker Truitt Crawford said: "I overheard upper management talking saying that BP was taking shortcuts by displacing the well with saltwater instead of mud without sealing the well with cement plugs, this is why it blew out."

A congressional memo about a BP internal investigation said that tests less than an hour before the well blew out found a buildup of pressure that was an "indicator of a very large abnormality." Still, the rig team was satisfied that another test was successful and resumed adding the seawater, said the memo by Reps. Henry Waxman and Bart Stupak to members of the House Committee on Energy and Commerce, which is investigating.

There were other signs of problems, including an unexpected loss of fluid from a pipe known as a riser five hours before the explosion that could have indicated a leak in the blowout preventer.

The witness statements show that rig workers talked just minutes before the blowout about pressure problems in the well. At first, nobody seemed too worried. Then panic set in.

Workers called their bosses to report that the well was "coming in" and that they were "getting mud back." The drilling supervisor, Jason Anderson, tried to shut down the well.

At least two explosions turned the rig into an inferno. Crew members were hurled through walls, doors flew through the air and the living quarters blew apart. Workers stumbled across a bloody, dark deck, trying to pull debris off the injured.

Brown said that as he waited beside a lifeboat for the order to abandon ship, he witnessed "complete chaos, mayhem. People were screaming, people were crying." Rig leaders struggled to comprehend the magnitude of what was happening. An emergency generator wouldn't start.

Steve Bertone, the chief engineer for Transocean, wrote in his witness statement that he ran up the bridge and heard the captain screaming at a worker for pressing the distress button. Bertone turned to Pleasant, who was manning the emergency disconnect system, and asked whether it had been engaged.

Pleasant told Bertone that he needed approval first, according to Bertone's sworn statement. Another manager tried to give the go-ahead, but someone else from Transocean said the order needed to come from the rig's offshore installation manager.

Ultimately who gave the order is a matter of dispute. Donald Vidrine, well site leader for BP, said he did it. But Bertone said it was Jimmy Harrell of Transocean.

By the time the workers obtained the approval and got started, Pleasant said he "got all the electronic signals but no flow on meters," meaning hydraulic fluid wasn't flowing to close the valves on the blowout preventer.

Darryl Bourgoyne, a petroleum engineer at Louisiana State University, said a valve could have been broken or hydraulic fluid could have leaked earlier.

It is not clear whether the delay could have contributed to the system's failure to close off the well and snuff out the fire. The rig burned for two days before finally collapsing in the Gulf.

Gene Beck, a petroleum engineer at Texas A&M at College Station, said companies typically have criteria that allow any worker to engage the system if problems get bad enough.

"It's hard for me to imagine the situation where there's been a fire and an explosion and someone can't make that decision to hit the disconnect on their own," he said.

Workers elsewhere on the rig were having problems of their own. Some were "told the situation was under control," even though it was "absolutely not," said Yancy Keplinger, a senior crew member.

Benjamin LaCroix, a tank cleaner, said walls and ceilings were caving in and workers were running for their lives, and yet rig officials wanted to do a roll call.

A couple of workers described a debate about whether they should be in lifeboats. Once workers finally started getting into the boats, it took several minutes to persuade officials to start lowering them. Once they did, the operator didn't know how to detach a boat from the rig.

"It was only by the GRACE OF GOD that we didn't burn to death," LaCroix told investigators.