The "Sex and the City 2" writer-director has managed to horrify critics, Muslims -- and true fans 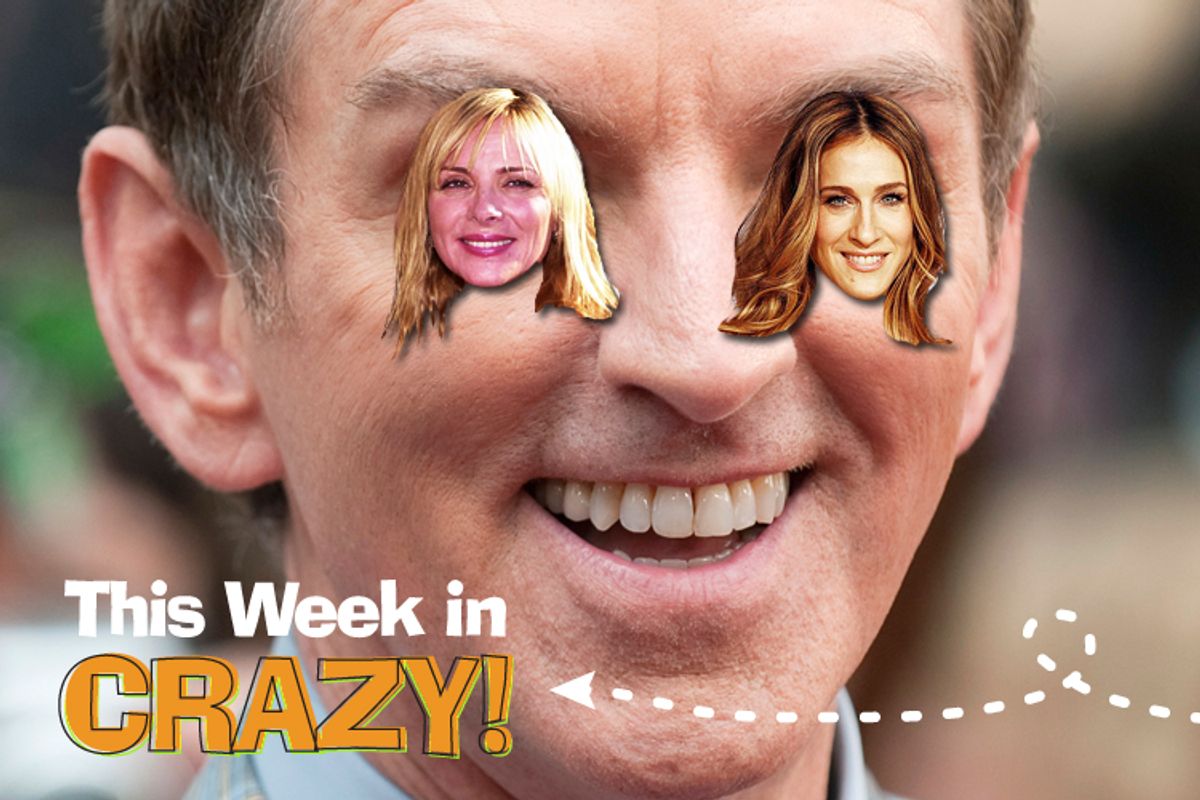 There was a time, long ago, when the words "Sex and the City" did not fill us with weary loathing. When the romantic — and sexual — escapades of four witty, sophisticated New York City women served as an amusing commentary on modern-day relationships. But this week, Michael Patrick King fixed all that by delivering the worst reviewed piece of cinema since that John Travolta Rastafarian alien flick.

Early in the week, in the Daily Beast, King penned a love letter to the sequel he wrote, produced and directed, titled "Can a Straight Man Love 'Sex and the City'?" In it, he claimed, "In the past several weeks, a few male reporters have boldly told me they enjoyed the sequel, a break away from the herd mentality." Couldn't have been our own Andrew O'Hehir, who called the movie a "ghastly, gassy, undead franchise-extender." Or A.O. Scott, who said, "The ugly smell of unexamined privilege hangs over this film like the smoke from cheap incense." Or Roger Ebert, who said the characters made his skin crawl? In fact, if there's one thing seemingly universally agreed upon among men, women, gays and straights, it's that trying to bring back to life things better left dead is almost always a disastrous, ugly, brain-eating enterprise. Which makes you, sir, lord of the zombies.

Speaking to Hitflix this week, King said, "When we were lucky enough, because of the love that was thrown our way by the box office of the first movie, to do a sequel, the first thing I knew was, I wanted it to be a continuation of the party for the audience." Yes, fans, this is all your fault. You couldn't just let it go naturally, could you? You just kept right on loving those cosmo-swilling shoe hoarders until King went and turned the whole thing into this vile, remarkably sexless celebration of boredom and shopping. Well, I hope you're happy now. Because King didn't just trash four characters who once could do more than make dumb jokes about "Lawrence of My Labia." Nope, he had to take married men, Middle Easterners, gays, and even Liza Minnelli down in a blaze of awfulness. If, however, King was looking to combine everything the rest of America — nay, the world — hates about us in New York, mission accomplished. Because if this high-heeled, forty-something Manhattanite woman thinks you've lost your shit, you're not going to get much sympathy anywhere else.

Sure, "Sex and the City" was only a series about a bunch of privileged white chicks. It's not like King peed on Guernica here. But he's now shown us he has either a tragic disconnect with his characters and his audience or a mercenary contempt for both. In an interview with the Advocate last week, King said, "'Sex and the City' reflects the world as I see it." Shallow? Bitter? A hollow shell of its once likable self? Botoxed up the yin-yang? That's a weird worldview in itself. But to take something you helped build and make its own biggest fans hate you for it, well, that's more than lame. It's stake-through-your-heart crazy.

Sex And The City This Week In Crazy