What will happen when classic wine regions get too hot to grow their signature grapes? We're already finding out 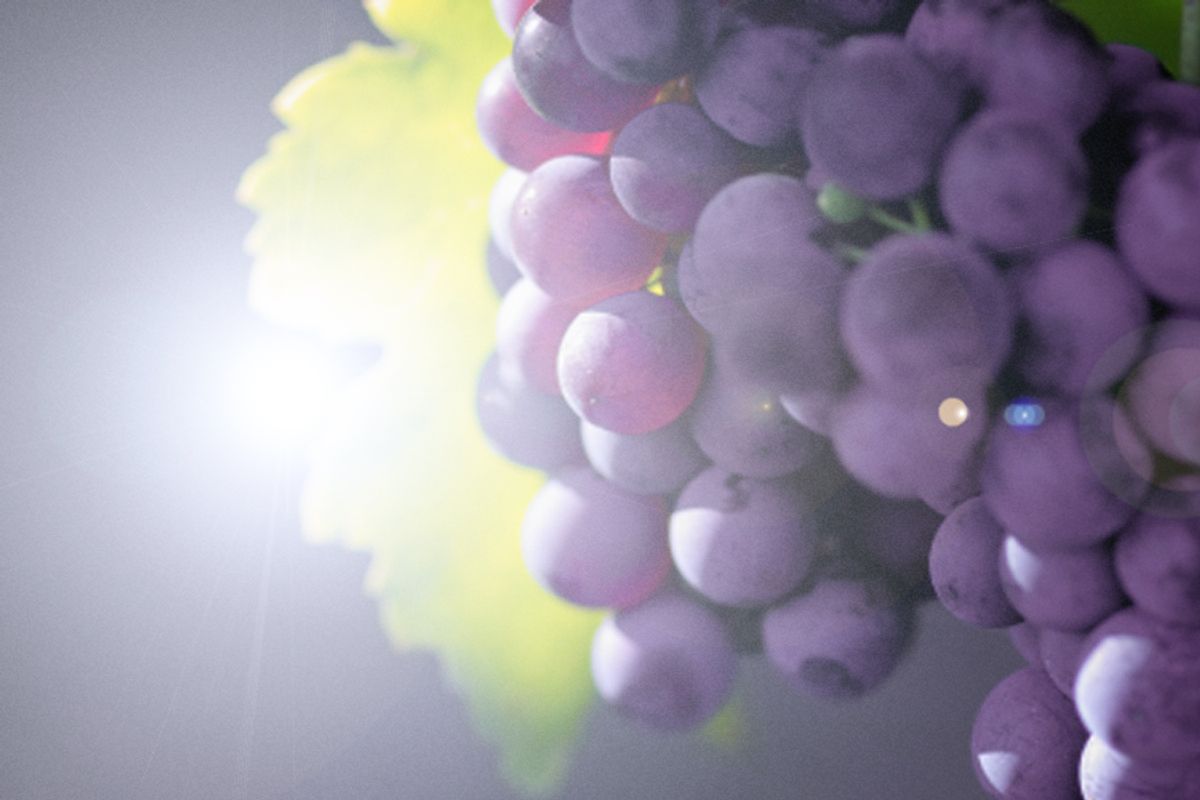 The catastrophic events caused -- and that will be caused -- by global warming are certainly far more serious than whether or not we are able to drink the world's best wines. But wine deserves a special look, because grapes are a reliable bellwether for all crops, for all farming. Wine grapes are uniquely sensitive to climatic shifts, and global warming is impacting the wines we drink on an everyday basis. Today, you can literally taste climate change.

Yesterday, we discussed the fact that the best soils for wine are the ones that seem to be the least fertile, which stress the vines and concentrate the flavor of the fruit. So there is also an irony in the climates of the classic winegrowing regions of the world: The best wines are made from grapes grown "on the margin," that is, in cooler regions where it's just barely warm enough to ripen the fruit. Cool climate conditions grant the grapes a healthy dose of acidity, the refreshing, citrus-or-green fruit-sour flavors that make a wine interesting, even compelling. It is that acidity that makes our mouth water, and encourages us to have another bite of food, another sip of wine.

Grapes that grow in warm climates obviously have no trouble ripening, but their lack of acidity can translate into a flat, flabby uninteresting wine. Also, in hot climates grapes easily overripen, creating huge amounts of sugar that turn into alcohol bombs during fermentation. These are in-your-face aggressive wines, very popular these days. But try drinking a second glass of an Australian Shiraz or Napa Valley Cabernet Sauvignon, each clocking in at more than 14.5 percent alcohol, without getting dizzy, sleepy or stupid.

Consumers have learned to enjoy these punch-drunk wines, but rising alcohol levels caused by rising temperatures are approaching a situation that is virtually uncontrollable, except by technology. Would it surprise you to know that many of the wines you enjoy are cut with water before bottling to reduce alcohol? Did you know that the "dry" Cabernet you like so much has enough residual sugar in it that 20 years ago that same wine would have been considered technically "sweet"? Sure, these wines are dramatic, but try pairing them with most foods and see how poorly that drama plays out.

In March of 2006, the first conference of wine and global warming was held in Barcelona, Spain (the second was held there in 2008; Al Gore gave the keynote address via a live video satellite hookup), and the information shared by climate scientists and winegrowers was sobering. Spain and Portugal are already suffering the impact of global warming to the point where winegrowers either cannot grow their classic grape varietals because they shrivel in the intense heat, or they have had to invest millions of euros to move their vineyards to higher ground where the vines can enjoy the air conditioning provided by the cool currents wafting through hills and mountainsides. Winegrowers testified that they cannot control the sugars in their grapes and are making wines that don't come close to expressing true varietal character (the typical taste profiles of Syrah or Chardonnay, for example), much less a sense of place, the terroir of the vine.

The predictions by conference participants for the future of winegrowing, and by extension, agriculture, were uniformly dire. French, Spanish, Australian and American climate change specialists painted an ugly picture of the world to come: Castilla-La Mancha in Central Spain, which has now endured its fifth straight year of drought, is fast becoming a desert, and will not be able to sustain life, much less grapes, possibly within 20 years; oceanic events will have greater impact on soils than greenhouse emissions as changes in climate will concentrate rainfall, creating flood conditions followed by drought conditions, necessitating sophisticated irrigation systems -- now largely illegal in Europe's finest wine regions -- in order to keep grape quality and flavor complexity high, taxing regions already hard-pressed for water; an increase of just 1ºC will deplete worldwide water resources by at least 15 percent by 2030; a rise of 2.5ºC will mean a further 17 percent depletion by 2060 (water will become the new oil, and might be distributed just as unfairly; in Europe, the average increase is higher than 2ºC. In Portugal, it's more than 4.5ºC). Add to this the increasing salinity of fresh water resources, and irrigation will require expensive tech-heavy solutions; at least 2 percent of the gross national product of developed nations and 5 percent of the GNP of undeveloped nations will have to be dedicated to staving off the impact of global warming.

The bad news continues. Dr. Richard Smart of Australia notes that predatory insects, such as the Asian Lady Beetle, that spread plant diseases and traditionally need warm climates to thrive are now common in the vineyards of Germany, Austria and northern France, not to mention Canada, Italy and the United States. He also notes that Bordeaux, which is the ancestral home of classic Cabernet Sauvignon, has the same warm climatic conditions as parts of South Australia (home to high-alcohol, jammy Cabs). Incidentally, at least 4 billion liters of water are used each year in the Australian wine industry, now in its sixth consecutive year of drought. Consider that Australia is the fifth largest producer of wine in the world (after Italy, France, Spain and the United States), and you begin to see a massive problem with the impact of climate change on global water resources.

In 20 to 30 years, Burgundy, France, will be too warm to plant its classic varietal, Pinot Noir, and should think about switching to Cabernet Sauvignon, because its climate will mirror today's Bordeaux. So while there may still be "Burgundies" available to drink, the Burgundies we've always known will be no more. Bordeaux, which will mirror Valencia, Spain, has to think about planting Syrah and Grenache, now grown in the much-warmer Rhône region. (Currently, there is a government-approved program in Bordeaux for planting "experimental" grapes, including Syrah and Zinfandel, as well as the wine world's favorite cash crop, Chardonnay, which really needs a cool climate to excel.) And everybody's talking about buying vineyard land in southern England, usually considered too cool a region for anything but sparkling wines, but may become a leading wine region, along with Canada, in the world of global warming.

What to do? I would be the last person to advise anyone not to continue to enjoy wine, one of the astounding miracles of nature. But the next time you sip your favorite wine, maybe think about it a little differently. The message is clear: Wine is a precious product of nature, and its future is threatened. In your glass of pleasure there is also a microcosm of our shared environmental concerns, concerns that can no longer be ignored, no longer be denied.

Global warming and wine: an inconvenient truth that has yet to resonate with much of the global wine industry, much less wine consumers. Like so much of the science of climate change that has been made public, our government has only recently chosen not to ignore the facts, chosen not to keep its head in the sand. And now it's too late for our current generations. If the United States ratified the Kyoto Protocol tomorrow (we have signed the Protocol, but Congress has not ratified the agreement), the impact on the environment would not be felt for 150 years, but don't we need to think about our grandchildren and their children?

Perhaps Greg Jones, a winegrower who is also a research climatologist at Southern Oregon University and has written extensively on wine and climate change (see an extraordinary three-part interview with Jones here), posited the challenge best, when he said at the Barcelona conference, "Governments don't always have a solution for our problems ... and Hollywood won't make a movie about gradual climate change."