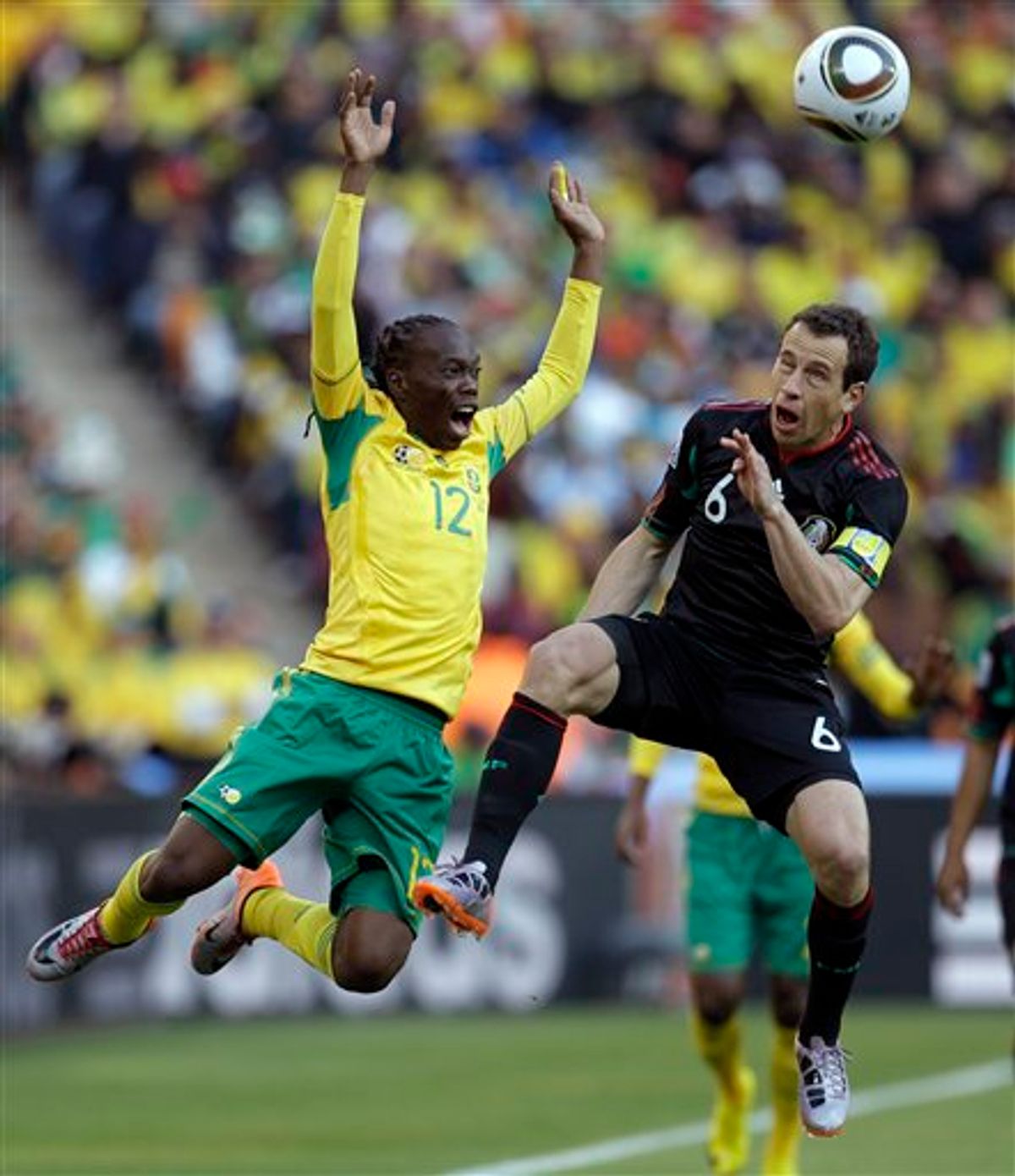 South Africa gave its fans a thrilling start today in the opening match of the World Cup as the host nation tied Mexico, 1-1.  Mexico dominated early but couldn't produce a goal, and the match remained scoreless through the first half.

South Africa struck in the 55th minute, when Siphiwe Tshabalala's powerful left-footed kick sent the ball into the top of the net and the host nation into the lead.  The reaction from fans of the team nicknamed Bafana Bafana, or "the boys," was one of eardrum-splitting celebration.

But an upset was not in the cards for South Africa.  In the 79th minute, Mexico's Rafael Marquez scored from close range after a long pass from Andres Guardado.  Neither team was able to pull ahead in the closing minutes, and the game ended in a draw.

The excitement of the opening match was tempered for South Africa by news that Nelson Mandela's great-granddaughter was killed yesterday in a car crash.  The iconic anti-apartheid leader was a strong supporter of South Africa's bid for the World Cup before most believed it was possible, but he canceled his scheduled appearances at Soccer Stadium to mourn with his family.

For straight gamers, check out stories from the Associated Press and the Washington Post.  Want more details?  Try FanHouse and Football-Talk.  And check out the clip below to see Tshabalala's goal and the stadium's reaction.