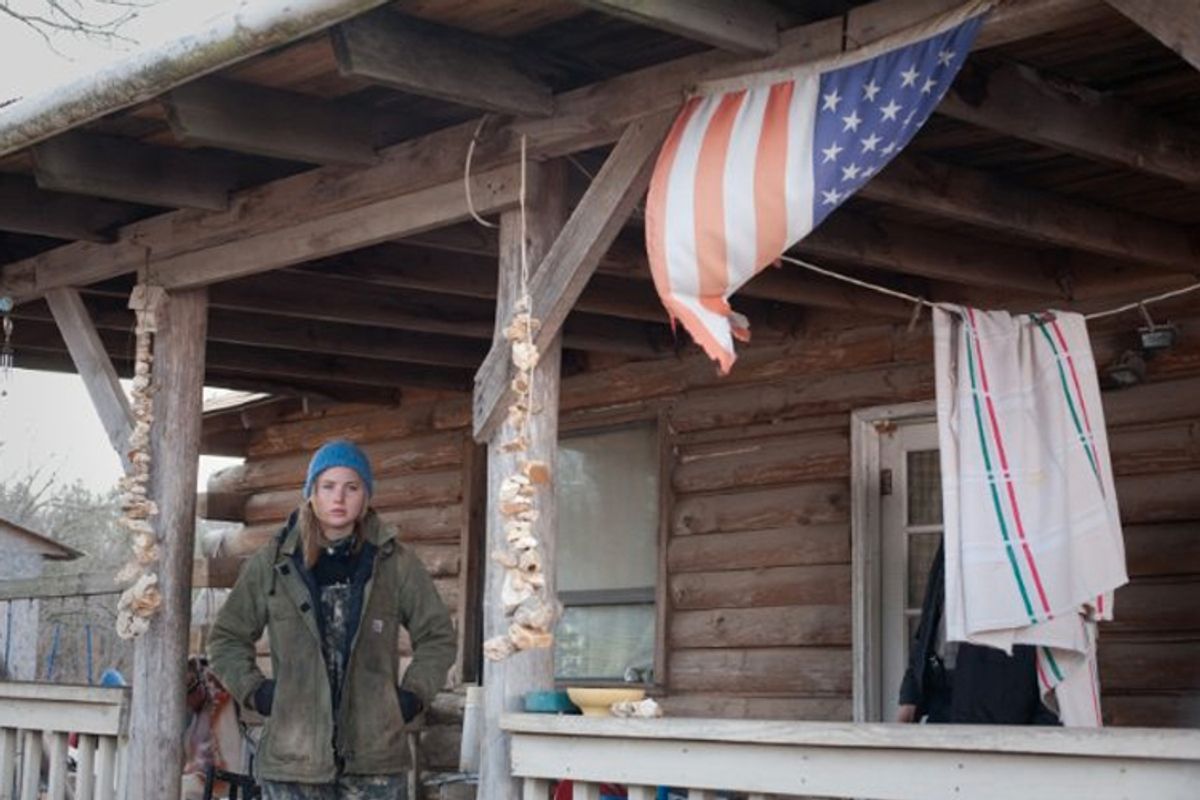 This year's Sundance festival felt like a major coming-out party for female filmmakers -- remember, that all happened before Kathryn Bigelow's Oscar moment -- and none made a bigger splash than Debra Granik, whose eerie, pulse-pounding regional noir "Winter's Bone" won the festival's big prize. Never mind what hardware it's collected, or its director's gender; this movie's an absolute knockout. I know it's only June, but I'm damned if this isn't the breakthrough American film of the year. (A trailer for "Winter's Bone" follows, below this article.)

"Winter's Bone" might look like different things to different viewers. You could call it a Sopranos-style crime-family melodrama, a quasi-documentary portrait of poor, white rural culture in the Ozarks, a Southern gothic fable or a coming-of-age yarn with an irresistible and unstoppable teenage female protagonist. Really, it's all those things, and even where those genres or styles seem incompatible, Granik pulls them together into a forceful, breathless, compassionate thriller that will have you on the edge of your seat.

Among Granik's accomplishments here is the discovery of a potential movie star in 19-year-old Jennifer Lawrence, who plays Ree, the iron-tough teenage scion of an Ozark extended family of bootleggers, outlaws and meth-cookers. Ree cares for her younger sister and brother on her own in their remote mountain cabin. Actually, her mom lives there too, but she's lost in a haze of catatonia, pharmaceuticals and other traumas we probably don't want to know about. In adapting Daniel Woodrell's novel (she co-wrote the screenplay with Anne Rosellini), Granik has resisted the customary movie temptation to overexplain everything; the desperate, half-feral context of Ree's world is clear enough without elucidating every detail.

Ree's thoroughly disreputable dad has gone missing, which doesn't exactly qualify as headline news. But before disappearing he put up their house and 300 acres of land -- most of it valuable virgin forest -- to make bail. She's got a week to find him, dead or alive, before her family becomes broke and homeless and her brother and sister are shipped off to relatives or foster care. There are definitely people scattered around the hollows and hilltops of Ree's rural Missouri county who might know where her Pa is. But they're a bunch of impressively mean and scary guys who live in a rigidly gender-segregated realm of crime and violence, they're all related to her, and they ain't sayin' shit to no uppity girl. Anyway, the stuff they know might not be stuff Ree wants to learn.

This is only Granik's second feature (after "Down to the Bone" in 2004) but she's learned a lesson many indie-arty-type directors never do: Telling a clear and urgent story is never a bad idea. "Winter's Bone" is as moody and inflected a work of cinema as you could want, with Michael McDonough's cinematography capturing the chilly, harsh beauty of the Ozarks and the grimy interior landscapes of the characters' crumbling cabins and trailer homes. But it never feels like medicinal social realism, because the clock is ticking and Ree's got to find her no-account dad somewhere in this world of terrifying and dangerous backwoods thugs.

None of them seems more hostile, at least at first, than Ree's wiry, speed-cooking Uncle Teardrop (memorably portrayed by John Hawkes), whom we first see telling his wife, "I already told you to shut up with my mouth." But Teardrop is, after all, the missing man's brother and Ree's closest relative, and over the course of the film, this menacing ex-convict becomes her only halfway capable adult ally. Anyway, Teardrop looks like Mahatma Gandhi compared to Blond Milton (William White), the monosyllabic and murderous meth-lab king Ree must eventually confront if she's going to learn the truth.

I should make clear that "Winter's Bone" is a violent and stylized film; don't expect Ree's quest to reach an easy or painless conclusion. Despite the strong undercurrent of documentary realism and the plucky female protagonist, this is ultimately a crime thriller. The world it creates has elements of grotesque fantasy, and comes a lot closer to the realms of Jim Thompson or Elmore Leonard (or even "The Texas Chain Saw Massacre") than it does to "Because of Winn-Dixie," or to your typical indie low-budget drama where people sit around on busted furniture and not much happens.

A couple of critics (I'll cite Mike D'Angelo and James Rocchi) have drawn an intriguing, off-kilter comparison between "Winter's Bone" and Rian Johnson's high-school detective yarn "Brick," in that both films create a distinctive universe that in some respects resembles the real world and in others is highly artificial. That might be valid, insofar as Granik's film and Woodrell's novel have imbibed the traditions of 1950s American crime dramas, and so did "Brick." But I think this is actually closer to the mythic and Gothic traditions of Southern fiction, as found in James Dickey, Flannery O'Connor or Faulkner.

But let's leave that game to the film-theory autopsy experts, who should be talking about this one for a while. The point here is that if Ree's exhilarating and dangerous odyssey sounds like it's anywhere close to your teacup of bourbon, then this really is one of those rare occasions when you should ditch the gizmos and the couch and see some little film made by people you've never heard of, and not because it's good for you, either. "Winter's Bone" is a gripping, harrowing ride all the way through, as well as a ridiculously well-made and satisfying motion picture. Amid a dismal Hollywood summer season, here is a goddamn American movie.