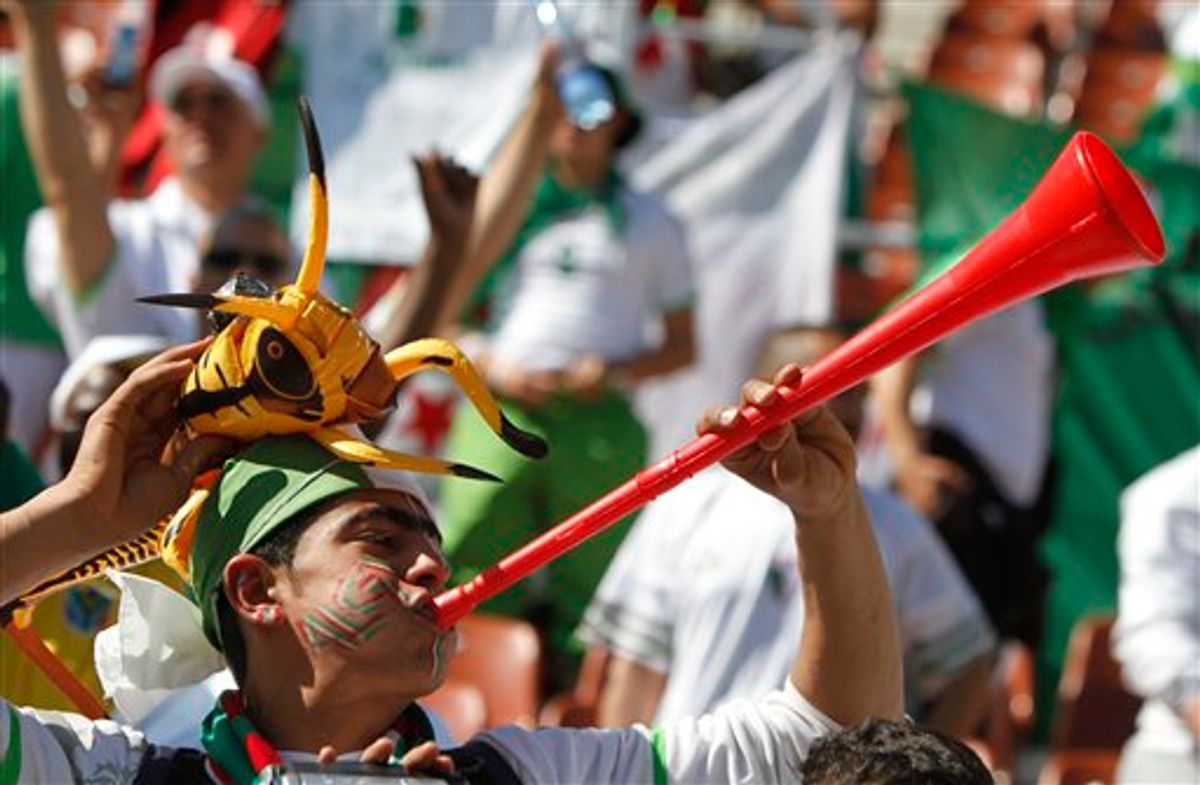 "I have always said that Africa has a different rhythm, a different sound," the FIFA president Sepp Blatter said in a Twitter message on Monday. "I don't see banning the music traditions of fans in their own country."

Blatter went on to ask: "Would you want to see a ban on the fan traditions in your country?"

FIFA and Blatter have strongly backed the use of vuvuzelas since they were introduced to the wider football world at the Confederations Cup test event in South Africa exactly a year ago.

Broadcasters objected then to the noise emitted by the slender plastic horns -- comparing it to the sound of a swarm of bees invading the stadium.

Some fans have reported watching World Cup matches with their television muted to escape the racket.

The noise can also affect players' ability to perform on the field.

"In many parts of the game it can bother you a bit because you can't communicate anything to a teammate who's more than 10 meters away from you," Spain striker David Villa, who played at the Confederations Cup, said.

However, Villa also said the noise "brings a nice ambiance and some emotion."

"I wouldn't dwell too much on what outsiders think about vuvuzelas. I would dwell ... on what the feelings of the spectators are," he said at the daily news briefing.

Responding to a typical stream of vuvuzela questions, Mkhondo said the horns are ingrained in South Africa's history.

"You find that they emanate from the horn which was used by our forefathers to call meetings," he said. "As our guests, please embrace our culture, please embrace the way we celebrate.

"You either love them or you hate them. We in South Africa love them."

Mkhondo said the vuvuzela was now an international instrument, and visitors were "stuffing them into their suitcase" for the trip home.

England defender Jamie Carragher said he's been asked to bring some back.

"My kids have been on the phone and they want two," Carragher said.

AP Sports Writers Paul Logothetis in Potchefstroom and Rob Harris in Rustenburg contributed to this report.