The media's understanding of its role 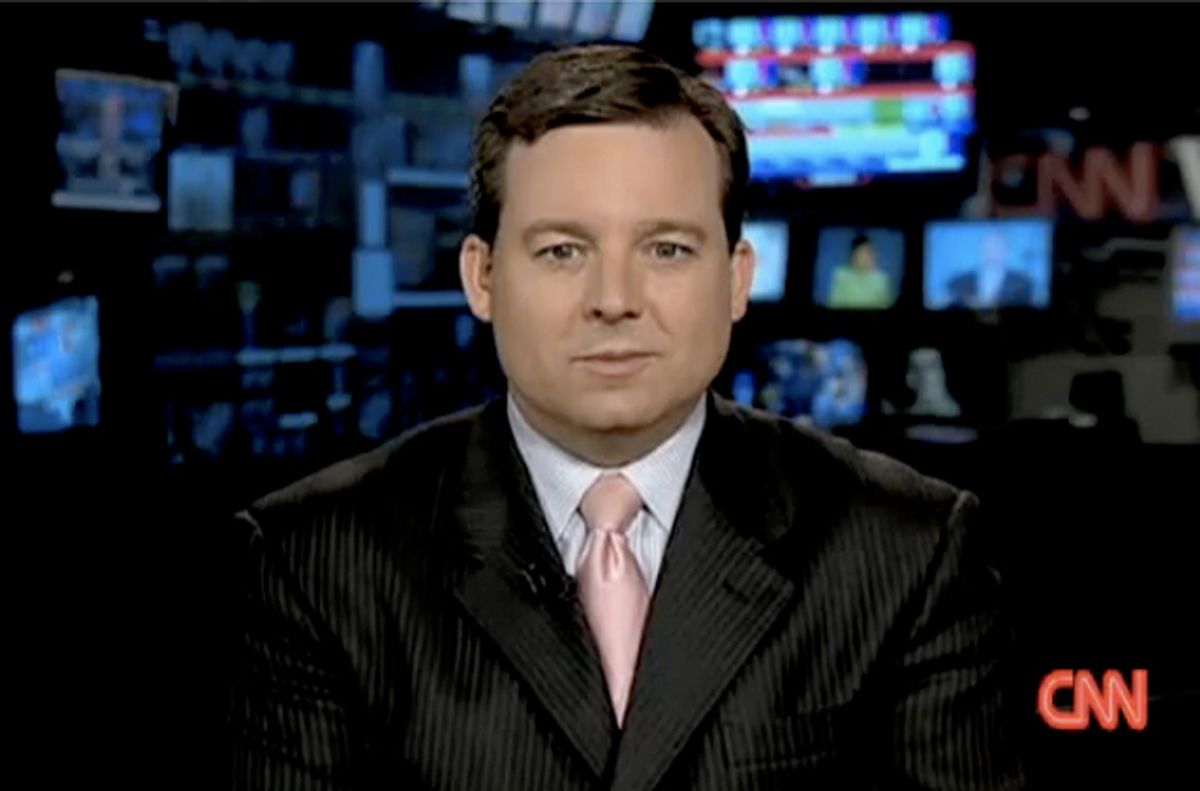 Over the weekend, NPR's Brooke Gladstone conducted quite a good interview with CNN Senior White House Correspondent Ed Henry concerning Henry's defense of frivolous fraternization between some in the White House press corps and the politicians they cover.  It was Henry who not only attended the Biden "beach party" but then giddily reveled in the experience afterward.  The whole interview is only 4 minutes long but well worth listening to (the transcript is here), as Henry giggles and chuckles his way through the questions, clearly oblivious to the serious issues of media credibility Gladstone repeatedly raises.

There is one part of the exchange that I just have to highlight, as it illustrates so much.  Gladstone asked Henry the same question raised by The Atlantic's Ta-Nehisi Coates in the last paragraph of the post he wrote last week about the Biden media beach party:

BROOKE GLADSTONE: If these events don't influence coverage, why do you think the White House throws them? Do they just want to shoot you with a super-soaker?

ED HENRY: Maybe they wanna actually get to know us as people sometimes.

The audio makes clear that he said that sincerely, with no irony.  Marc Ambinder disclosed that it was the DNC that paid for the party.  But Ed Henry thinks that they do that because Rahm Emanuel and Joe Biden and the other White House officials just decided they wanted an opportunity to get to know Ed and Wolf and the other members of the media just a little bit better as people.  They want to get behind the facade of the grizzly, ornery reporter and get in touch with the Real Ed, the Human Being.  That's how CNN's Senior White House Correspondent thinks.  But remember:  it's wrong to accuse them of lacking sufficient skepticism of the politically powerful officials they "hold accountable."

Along those same lines, White House adviser David Axelrod was on Meet the Press this weekend and tried -- with total futility -- to explain to David Gregory the concept of holding someone accountable, which is ostensibly the crux of Gregory's job.  Leave aside the obvious question of whether the White House is actually doing any of the things Axelrod claims they're doing concerning BP; observe Gregory's complete inability even to understand the concept of arms-length, verification-based accountability (h/t Stuart Zechman):

MR. GREGORY: You were quoted this week saying this isn't a very sympathetic figure, Tony Hayward.

MR. GREGORY: Does the president trust this guy?

MR. AXELROD: Well, look, it's not a matter of who -- we, we -- it's not a matter of trust. We have to verify what they're doing, we have to stay on them, and we have from the beginning. That's why we want this escrow account. I'm not here to, to make judgments about any individual's character, but we do know that they have pecuniary interests that may be in conflict with, with the interests of, of our interests, and we...

MR. AXELROD: ...need to make sure that the interests of people in the Gulf are protected. That is what our job is.

MR. GREGORY: But this is a straightforward question. If you are in partnership with somebody -- and make no mistake, the government is in partnership with BP to get this problem solved -- does the, does the president of the United States trust the man on the other end who is leading this operation?

MR. GREGORY: Do you trust them to get the job done? Yes, no or maybe?

MR. AXELROD: We're going to make sure they get the job done.

MR. GREGORY: But it doesn't sound like there's a lot of faith there at the moment.

MR. AXELROD: Well, our job is to hold them accountable, David, and that's what we're going to do.

Axelrod is explaining exactly what the media is supposed to do concerning political officials if they are going to fulfill the function they like to pretend they have, and Gregory is simply incapable even of understanding what's being explained.  It's as though it's a completely foreign concept that he's never encountered or thought about before.  As Zechman put it in an email to me:

Inadvertently, Axelrod makes the case . . . for an independent press corps -- in front of Gregory's nose that, in order to hold an elite institution (British Petroleum) with whom another elite institution (the government) has obviously conflicting interests, the party tasked with enforcing accountability cannot allow itself to be influenced by whatever social contact exists.  Recognizing this, he states rather categorically that fulfilling the state's mission requires not merely taking British Petroleum's word for how things are going, and that the government must "verify what they're doing."  The character of Tony Hayward, what can be known about him from social contact, "judgments about their soul" -- all of these are irrelevant to the function of holding interested parties accountable for what they say and do.

Of course, this is precisely the opposite of the role that virtually the entire establishment political press corps -- and Gregory himself -- plays with respect to the accountability of government officials.

Axelrod's description of a functional vs. a non-functional institutional mechanism of accountability could not have been better made, save if he had said "I don't consider them -- they're not social friends, they don't come to my home when I hold fun-filled family water parties, laughing and splashing about with my Administration, playing with super-soakers, and enjoying superb meals and drinks with me in a casual, outdoor atmosphere, they're not -- I'm not looking to make judgments about their soul. I just want to make sure that they do what they're required to do."

Again, leave aside whether that's an accurate description of the relationship between the Government and BP (also put to the side Gregory's bizarre though ideologically revealing conception that "the government is in partnership with BP" on the oil leak).  The point is that Gregory, like Henry, cannot even begin to comprehend the issue.  It's not that these media figures fail to perform their assigned function or consciously decide that they won't.  They don't even conceive of their purpose in this way, because holding government officials accountable is not actually their purpose.  With some accidental exceptions, the corporations which own these media outlets don't choose people for these positions who want to or who will perform these accountability functions.  They choose the ones who have no interest in doing so, no ability to do so, and who simply won't -- and thus don't.  Gregory and Henry don't succeed in their corporations despite their failure to do their jobs of holding government officials accountable; they succeed because they do their job, which doesn't include that function.

UPDATE:  NYU Journalism Professor Jay Rosen is one of the country's most insightful media critics, and he has a new, lengthy post on the ideology of the standard establishment journalist which -- though I don't agree with all of it -- is well worth reading.

UPDATE II:  One other point:  what Axelrod tried to explain to Gregory about accountability -- "trust" and attempts to understand someone's character are irrelevant; what matters is evidence and "mak[ing] sure that they do what they're required to do" -- is also a good guide for how citizens should think of political leaders, even (especially) their favorite ones.