The end of free checking is greatly exaggerated 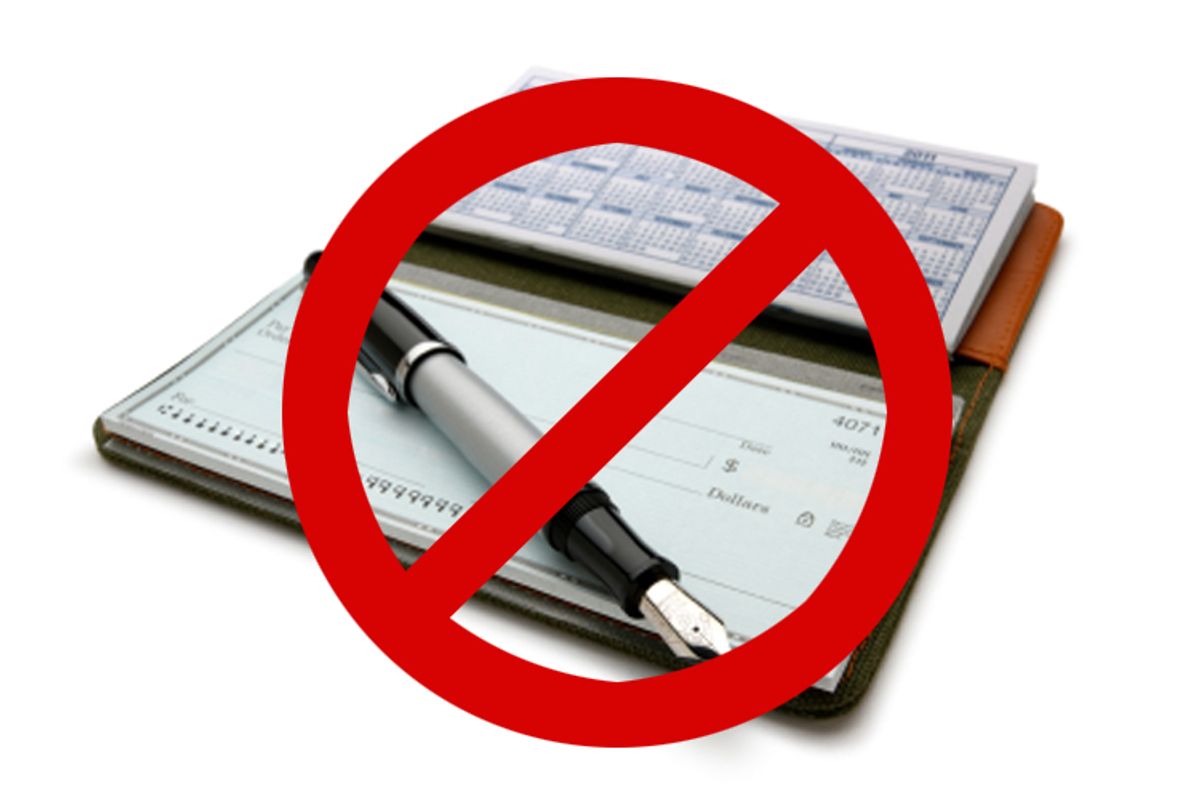 If you've heard it once from the yammering mouth of a Wall Street lobbyist, you've heard it a thousand times: Too much regulation (by which is generally meant any regulation at all) raises costs for consumers. Anything that increases the cost of doing business for a firm is passed on to you and me, so best to just keep the lightest of reins on the free market.

Usually left out of this argument are the costs that consumers face when insufficiently regulated firms do stupid things like break the economy or destroy the environment. For example, perhaps the price of oil will rise if there are tighter restrictions on offshore drilling; but that may well be balanced out by not having to spend billions upon billions of dollars to clean up the Gulf and compensate all those livelihoods that have been damaged by the disaster.

Another good example is a Wall Street Journal article published on Thursday warning: "End Is Seen to Free Checking."

Bank of America Corp. and other banks are preparing new fees on basic banking services as they try to replace revenue lost to regulatory rules, in a push that is expected to spell an end to free checking accounts for many Americans....

The transformation of checking accounts comes at a time when banks are bouncing back from the steepest financial losses in a generation and are facing new regulations. To accelerate that recovery and recoup losses from new banking rules, financial institutions are increasingly leaning on customers who don't now generate enough revenue for the bank.

The regulations specifically at issue have to do with restrictions on automatically enrolling banking customers in fee-heavy overdraft "protection" programs, new rules for credit cards, and a potential restriction on the "interchange fees" banks can charge merchants for the use of debit cards.

At Credit Slips, Adam Levitin makes a decent argument that free checking accounts are not actually likely to disappear. The opportunity is just too great for one bank to steal another bank's customers by offering the service. Credit unions and local community banks, which routinely offer free checking, are probably delighted at the news.

But spare us the bank whining. What we are really talking about are tradeoffs. One reason why banks were willing to offer free checking accounts to low-income customers was because they were happily gouging those same customers with overdraft fees. Naturally, the banking customers most likely to seek out free checking are also the most likely to bounce checks. It's not as if we had a free lunch, and then the government took it away. The free lunch never existed in the first place.

Good regulation is about finding a balance between profit incentives and abusive behavior. The banks seem to believe that they are entitled to a certain level of profit, and if they can't get it by gouging us one way, then they will be forced to gouge us in another. But maybe, in the end, they will just have to be satisfied with smaller profits.