It's a beautiful day on the Gulf Coast -- just watch out for the tar balls! 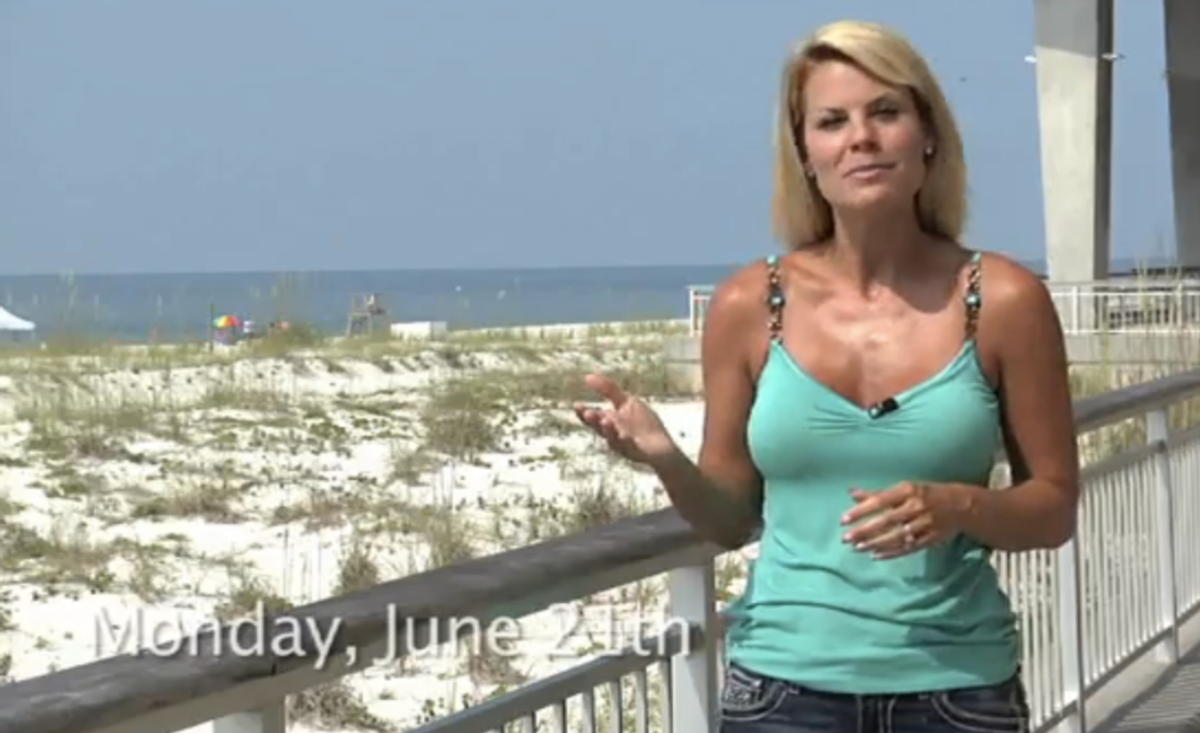 It's no easy job putting a happy face on one of the worst environmental disasters in history, but somebody's got to do it. And so, Alabama Gulf Coast tourism rep Rebecca Wilson, we salute you. As an astute item in Monday's Business Insider pointed out, Wilson has been diligently rah-rahing for her home turf in a series of surreal YouTube clips.

Doing her best to downplay the crisis, Wilson cheerily announces, "Our weather has been perfect, and oil impact has been less this weekend! We are still seeing some scattered tar balls wash ashore," and, "It is another beautiful beach day! We have some stretches of beach seeing little signs of oil! We still have that precautionary beach advisory."

Promoting tourism to an area where yet another oil deluge is expected today has got to be a soul sucker.  The economic impact to the Gulf will be measured not just in the cost of cleanup but the number of vacationers who will choose this summer to spend their beach time somewhere a little less tar bally. After the respective blows of 9/11 and Katrina, both New York and New Orleans reached out to tourists' heartstrings (that "More Than Ever" ad still unfailingly makes me bawl), inviting the world to be part of their comebacks. Perhaps both towns had, in a strange way, an easier time with the post-disaster spin because their scars and darkness have always been part of their allure anyway. It's a tougher job selling a battered fun in the sun destination. So when our steel magnolia of the oil spill, who acknowledges in an earlier clip that she and her husband and children live in the area, chirps, "There are no noticeable odors – the salt air is all you'll smell today!" one can't help feeling for the lady. She can't exactly growl into the camera to get your ass down to her decimated part of the world and start throwing around some money. And, in truth, that oil-slicked coast does look heartbreakingly lovely. But it's Wilson's frozen smiles, her Southern hospitality-style insistence that it's a "great weekend" on the Gulf, that seem not just bizarre -- they're even sadder than if she were standing on that "beautiful, sugar white sand" and crying.