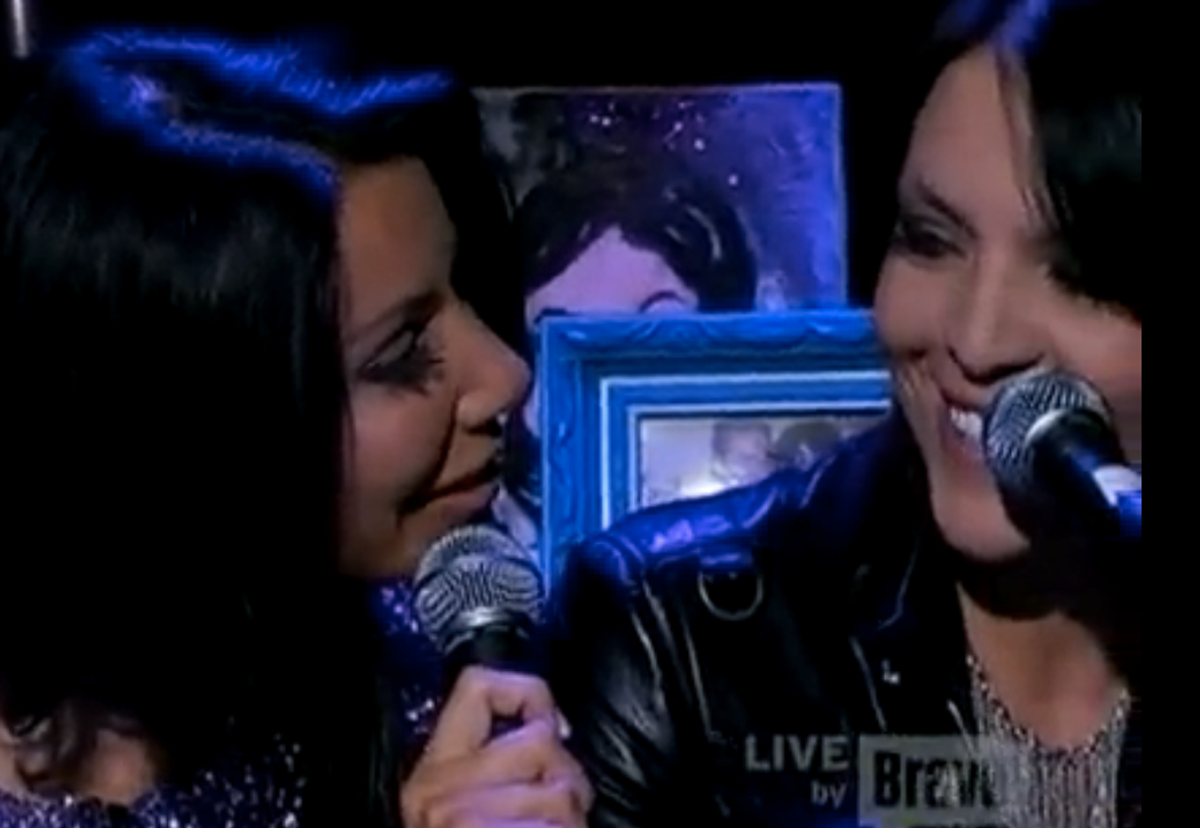 We're no great fans of Danielle Staub, "Real Housewives" star, author and amateur sex tape maker, but we'll say this: That lady can carry a tune.

On Monday's "Watch What Happens Live," Staub performed her new single "So Close" with "lesbian superstar" Lori Michaels, and either we've had a little too much Benadryl lately or it was a pretty damn respectable live performance. The slow, melancholy ballad might not make anybody forget Alicia Keys, but in the pantheon of "Real Housewives" singles, it's no "Tardy for the Party" or "Money Can't Buy You Class" abomination. If we heard it on the radio, we might not leap to shut it off right away. And that's straight from the heart, Danielle.

After revealing that she has talent beyond staying vertical in sky-high heels, Staub then proceeded to climb into Michaels' lap, stroke her hair, and tease, "We're not saying anything other than that we're together, doing this song." Today, however, she referred to Michaels via Twitter as her "gf." Is this same-sex cuddling just another tried-and-true bid for attention? Because if so, take a number behind Sandra and Scarlett. Sex tapes? Dabbling in lesbianism? So last month. Nope, it's Staub's surprisingly easy on the ears vocal competence that's the MOST SHOCKING REVELATION ever.