Bill Clinton to U.S. soccer team: "You are amazing!"

A report from the locker room after the U.S. team's last-second World Cup triumph 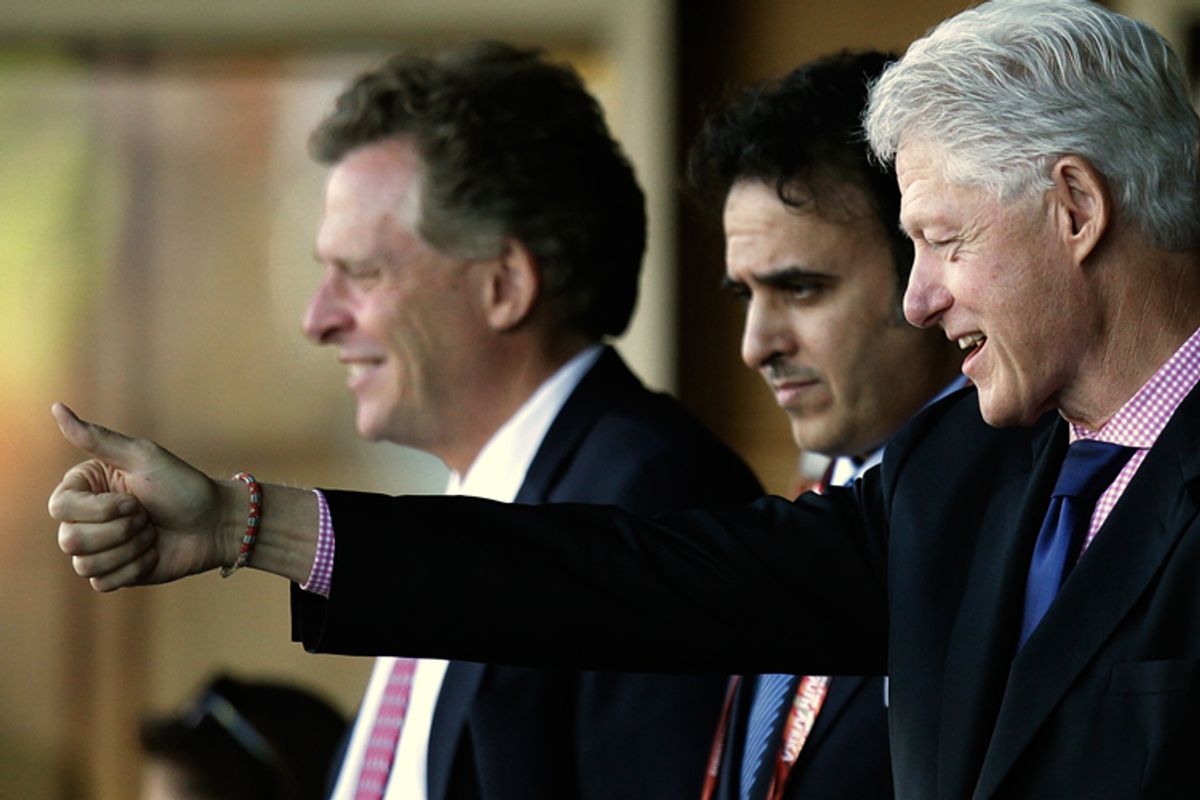 Salon's Joe Conason is traveling with Bill Clinton in Africa this week and was with the former president at today's U.S. World Cup soccer game in Pretoria. He filed this report:

Minutes after Landon Donovan scored the stunning extra-time goal that won a critical World Cup match against Algeria, Bill Clinton and several of his aides and friends (including former Democratic National Committee Chairman Terry McAuliffe) were escorted downstairs to the U.S. team's locker room. The American players roared with pride as the former president (and honorary chairman of the committee bidding to bring the World Cup to the U.S. in 2018 or 2022) walked in.

After a round of embraces, handshakes and high fives, he spoke briefly about his joy in their victory: " I'm proud of you because you didn't let the frustration of all the shots that you almost made get you down. You are amazing!"

Much posing for pictures ensued with the shirtless, whooping, chest-bumping players -- who couldn't quite seem to believe they had done it.

The team then invited Clinton alone to join them in the inner locker room, where he could be glimpsed toasting them with a beer amid much additional hollering. When he emerged 10 minutes or so later, he had a broad smile and a hoarse voice.

As Clinton left for Johannesburg, where he will meet tomorrow with former President Nelson Mandela, one of the players chased him out into the hall and handed one of the former president's aides an official ball signed by all the members of Team USA.

Clinton stopped for just a moment to talk with the local press before disappearing in a convoy of flashing lights and sirens.

"If it hadn't been the decisive game, even I would have said it should have been a tie," he said. "It was a great game. You know, all great contests become head games at some point -- sports, elections, wars. And they [Team USA] have good heads and good hearts."