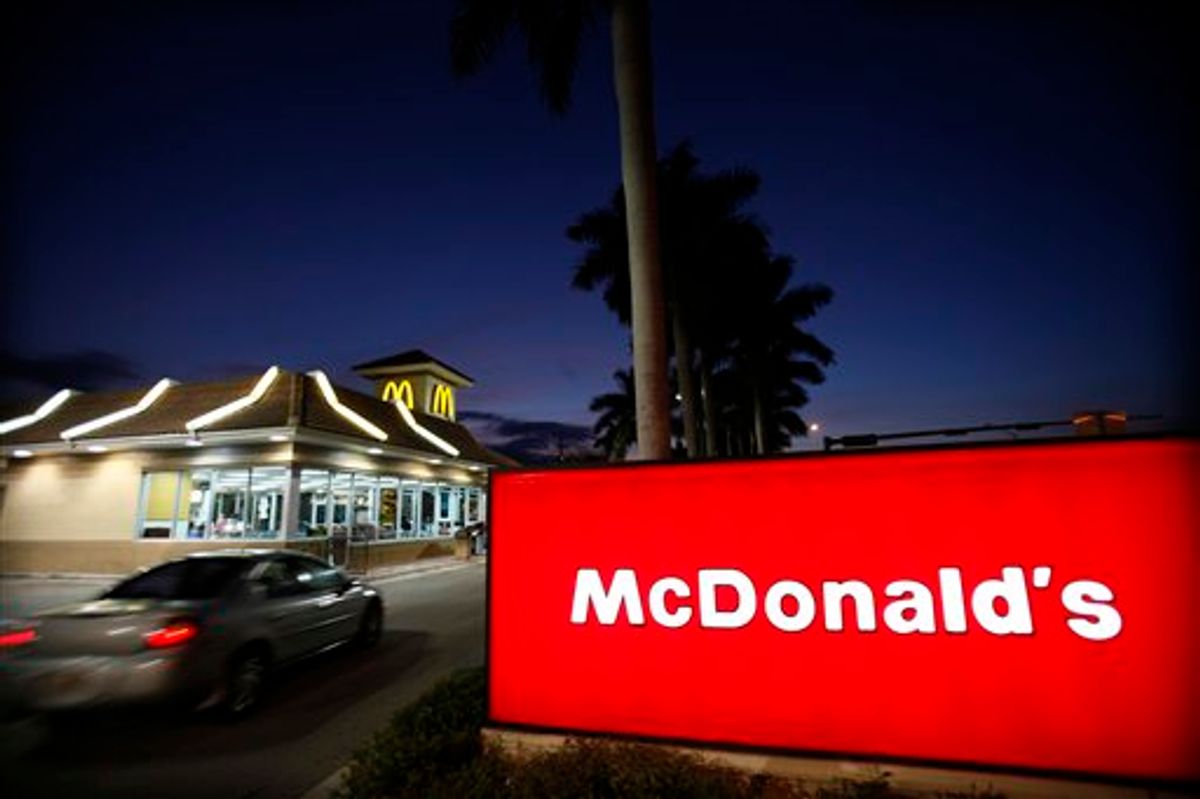 A nutrition watchdog group is threatening McDonald's with a lawsuit over Happy Meals toys, arguing that the treats draw children to unhealthy foods and contribute to childhood obesity.

As children, one of the first safety lessons we learn is that Bad People Who Want to Hurt Kids might try to lure us in with things we love. We know we're not supposed to fall for lines like, "Hey, come here, I have some candy," or "Do you want to see my puppy? It's in my unmarked white van over there." Well, the Center for Science in the Public Interest is basically saying that McDonald's is like the guy with the white van, and they're not afraid to take action.

If McDonald's doesn't stop putting toys in Happy Meals, the group plans to sue under consumer protection laws. Lawmakers in Silicon Valley have already banned restaurants from giving away toys with unhealthy meals, a law that takes effect later this summer.

A McDonald's spokesman says that the company's Happy Meal advertising focuses on one of the healthiest options, Chicken McNuggets with apple slices, caramel dip, and low-fat milk. But the Center's research finds that 93% of the time, employees serve french fries without asking if the customer would like to substitute apple slices. I guess "Would you like apple slices with that?" isn't catchy enough.

Below, a McDonald's Happy Meal commercial featuring both apple slices and toys: