The new math of bank reform

Scott Brown is wavering and Robert Byrd is dead. Can Harry Reid get the 60 votes he needs to pass Dodd-Frank? 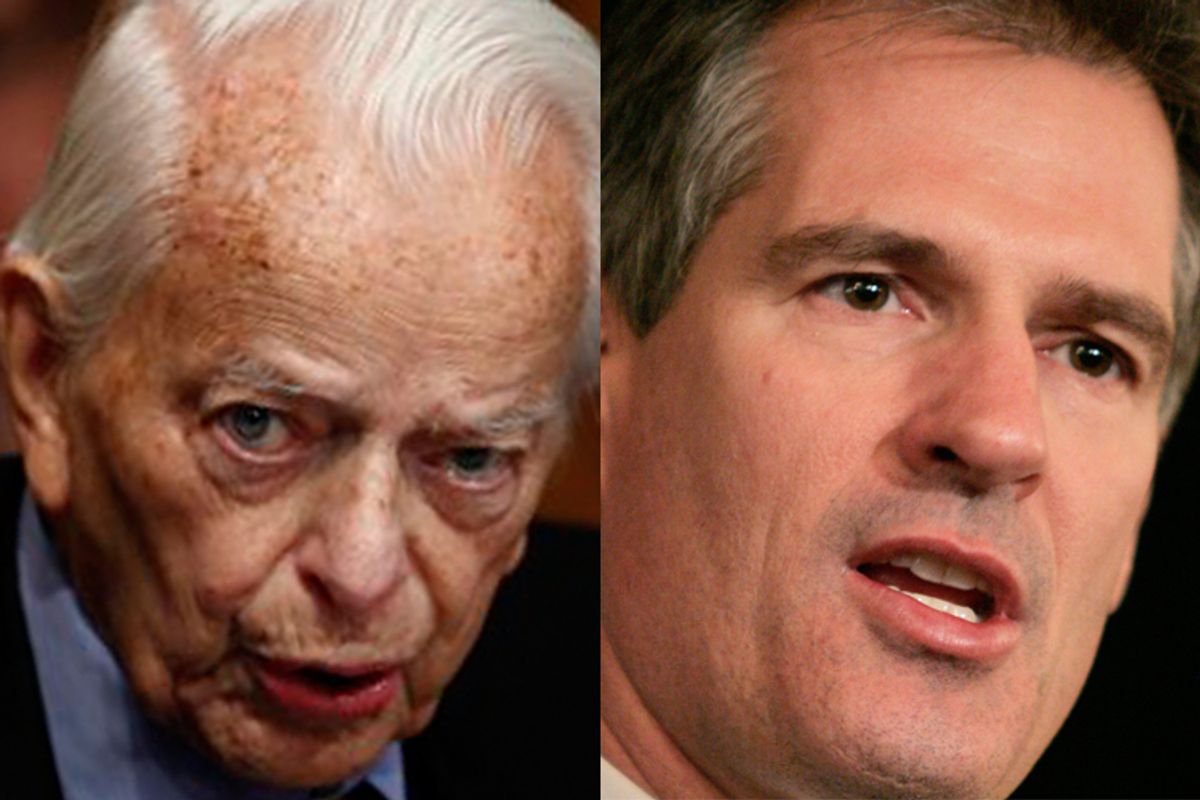 The saga of bank reform refuses to reach closure. Just when you think it's all over except the post-game analysis, the referee blows another whistle and announces everybody is going to keep on playing...

On Sunday, Reuters reported that Massachusetts Republican Scott Brown is having second thoughts about supporting the bill. Brown was apparently unsatisfied that he successfully managed to gain key concessions weakening the bill by threatening to withdraw his support; now he is upset that the Democrats managed to figure out a fiscally prudent way to pay for the costs that might accrue from actually winding down a troubled financial institution as specified by the legislation.

Is it really too much to impose a $19 billion dollar fee on the banks whose recklessness required that Congress come up with a new set of rules to regulate Wall Street in the first place? This is the face of the current GOP. Republicans won't just endlessly blather about how deficits are evil, while refusing to accept that some new taxes will have to be part of any kind of budget-balancing solution, but, in the case of Brown, they'll even vote for legislation that has costs embedded in it and then threaten to renege on their vote when a way to pay for those costs is found.

How serious is Brown? We don't know. But there's no getting away from the fact that on Monday, West Virginia's Robert Byrd died. That, in itself, should not change the calculus of bank reform in the long run; West Virginia's Democratic governor, Joe Manchin, will appoint a safe Democratic vote to replace Byrd. But in the short term, the prognosis is unclear, and could get very murky if one of the other three Republicans who voted for the Senate bill -- Charles Grassley, Olympia Snowe, and Susan Collins -- also starts to get cold feet. The two Democrats who refused to sign off on bank reform, Maria Cantwell and Russ Feingold, haven't made any sounds that Harry Reid might find encouraging.

The Republicans will filibuster approving the conference report; there isn't any doubt about that. Can Manchin get someone appointed to replace Byrd before the July 4 Congressional recess, while Harry Reid keeps Grassley, Snowe, and Collins in place? Or will the entire thing fall apart, just a nanometer from the finish line?