A few months ago, it was the Web's hottest trend. Then users took their self-exposure way too far 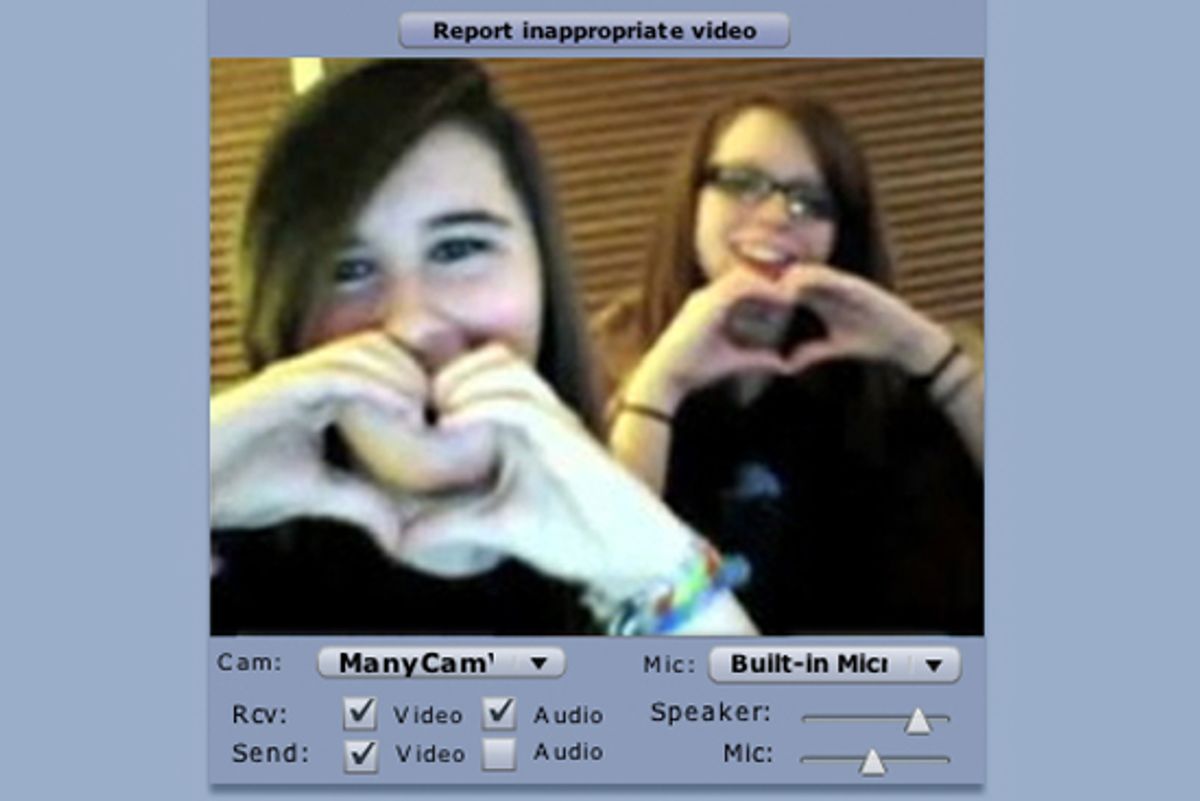 It always seems the stars that burn the brightest are the ones to flame out the fastest. So it was as unsurprising as it was sad when the news broke early Tuesday that Chatroulette's cultural relevance had expired overnight. Cause of death: penises.

The world was a different place when the site launched in November of 2009. A simpler one. Conan O'Brien was the host of "The Tonight Show." The kids were listening to Lady Gaga's "Bad Romance." A bunch of scrappy underdogs known as the New York Yankees had just taken the World Series. And we had not yet tapped the wondrous power of the Web to connect us with random strangers for conversation, music and genital flaunting. Oh, wait; actually, we'd been doing that for years. That's pretty much what this thing was invented for. But we'd never done it in quite the way that a 17-year-old Moscow student named Andrey Ternovskiy configured it, combining our love affair with webcams with the Cracker Jack element of surprise. Who will you find there today? European royalty? Guy in a trailer? Just log on, click "next" and find out!

Those were heady days that followed. The number of users skyrocketed into the millions. "South Park" parodied it, Jon Stewart spun the virtual wheel on "The Daily Show," even Kelly Osbourne had an opinion. By March, it had become a cultural touchstone, its significance definitively proven the moment Ben Folds stopped one on his own shows to pay homage to his Chatroulette doppelganger Merton. And just as surely as we believed back in those halcyon days that the Gores would stay together forever and the Gulf of Mexico wouldn't become an oil slick, it seemed like the good times would never end.

But the warning signs were all there, grim indications that such great heights were unsustainable. Sure, the social media aspect was initially intriguing, but the mystery of what one might discover quickly became no mystery at all. SPOILER ALERT: It's trouser meat. And while it's true that from the beginning of civilization, men have endeavored to build monuments to their phalluses, Chatroulette's status as an online obelisk was a shaky proposition at best. An RJ Metrics survey last spring revealed that 89 percent of Chatroulette users were male, that one in eight spins yielded "R-rated or worse" content and that "You are twice as likely to encounter a sign requesting female nudity than you are to encounter actual female nudity."

The world is full of big fans of the penis -- God knows I'm one of the most devoted. But when you've got a community almost entirely composed of men, most of whom don't enjoy looking at wangs as much as they do showing off their own, something's gotta give. April came, and newspapers were printing fewer concerned stories about the dangers of Chatroulette to our children. Then it was May, and we realized nobody'd talked about it in days. By June, its hits were dipping, and the world had turned its attention to other, more pressing matters, like Dina Lohan's feud with Carvel. Alone and virtually friendless, Chatroulette spent its days in a tailspin of desperate, lonely wanking, until the inevitable decline.

In the interest of journalistic integrity, I went on Chatroulette this morning to verify its obsolescence. Time it took for someone to show me his unit: 10 seconds. I clicked the "next" button. There, in extreme close-up, was a penis. I clicked "next" again. And there was no one there at all. Just vast, empty nothingness. All that's left of a once great civilization is dead air and a bunch of guys sitting around with their pants off. It was a wild ride, a magical, you had to be there time in human history, when it seemed everyone in the world was as close as a mouse click. We'll remember you as you once were, Chatroulette, young and full of song. But the party is over. And you can't build an empire on dicks.