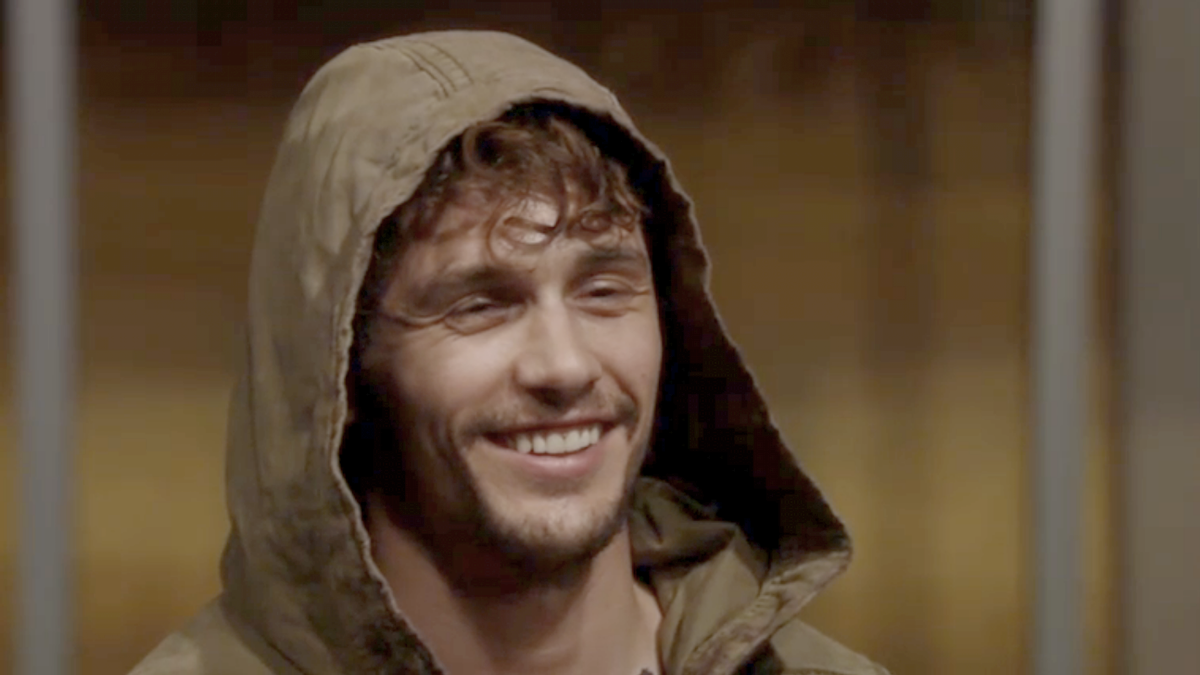 James Franco, it's becoming a little unfair. We christened you our Sexiest Man Living back in November, but have you rested on the laurels of our nerd love since? Noooo, you are relentless. You did a hilariously self-parodying guest turn on our favorite damn show, "30 Rock."  You are back for your second stint on "General Hospital," offering to "entertain for food" and brandishing a cymbal-clapping monkey.  You currently have a multimedia exhibit that tackles "masculinity, sensuality and celebrity" at New York's Clocktower Gallery. By the way, is that a picture of you wearing a penis nose as part of the show? Yeah it is. And somehow in the midst of your already busy schedule, you managed to do a "Funny or Die" tribute to our schlock god Sam Raimi. You are so fantastic, you almost make us forget that we put seeing "Eat, Pray, Love" on the short list of self-loathing cries for help we wouldn't make this summer. Did we mention that we you remain smoking hot?

Of course, all this frenzied and well, unusual activity has created its share of backlash too. Gawker called your "GH" performance "unintentionally hilarious" We think the intent is pretty evident, but we also understand the concern -- it's a short trip from cool weirdo to Crispin Glover. And we still don't quite forgive Ethan Hawke, decent actor, for Ethan Hawke, shitty novelist.

Do any of your endeavors have the artistic weight of a Bach fugue? Not quite. But what makes you a perfectly 21st century star -- and more than a little perplexing to your critics -- is that you keep on keeping on, regardless. The Renaissance man has been around since well before the Renaissance, but the very public nature of our dabblings is a fairly new phenomenon. What you do, with such enviable gusto, is give it a shot. You do silly things and you bomb out a lot and damned if you don't laugh at yourself for it. And that's an inspiration all of us who self-consciously noodle around with our Guitar Hero and our Flickr pages.

Not everything in anyone's life has to be "Spider Man" – the career-boosting, money-making, seemingly safe move. How about doing stuff just because you want to try? Because it's fun? In his wonderful "Made by Hand,"  Mark Frauenfelder writes of "the courage to screw things up," saying that "mot people loathe failing so much they avoid trying things that push past their current abilities." James Franco, to your infinite credit, you push boundaries and court failure and let yourself be absurd on a regular basis. And with or without the monkey, you enterain the hell out of us.