"Restrepo" vs. "The Hurt Locker" 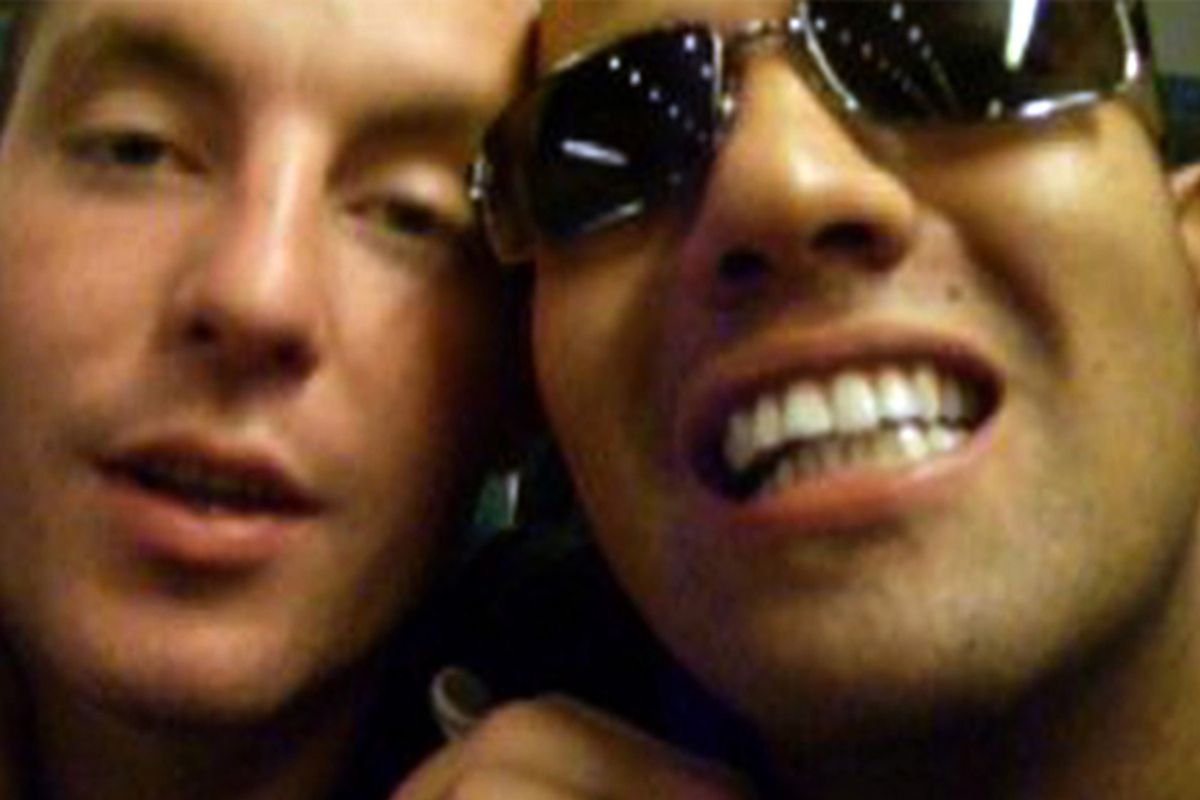 "Restrepo" is named after a man and a place. This Afghan war documentary from journalists Tim Hetherington and Sebastian Junger, winner of a Grand Jury Prize at Sundance, could not arrive at a more perfect moment, given the recent dismissal of Gen. Stanley McChrystal and the unmistakable sense that the conflict in that country has gotten away from us. It largely takes place on a remote outcropping of rock overlooking the Korengal Valley, in eastern Afghanistan, where a small group of American troops dug out a temporary fort they called O.P. (for outpost) Restrepo. They built the post on the spot where their medic, Juan "Doc" Restrepo, a guitar-playing, streetwise Latino kid from Florida, was killed in action by Taliban insurgents in July 2007. He was 20 years old.

You're supposed to review a film like this -- although there is no other film like this one, a riveting, you-are-there, deployment to a godforsaken place where United States troops are pinned down by enemy fire almost every day -- by saying it has no explicit politics, and that critics and defenders of the Afghan war can take from it what they will. That's hardly ever true, and less so than ever in "Restrepo." Juan Restrepo's death in action, and his comrades' determined efforts to honor him, were definitely brave and perhaps even heroic. They were also pointless.

The United States military's counterinsurgency campaign in the Korengal accomplished nothing, or less than nothing. As we see in the film, American troops are rarely certain who's a Taliban fighter and who's a local herdsman. Civilian homes are bombed, women and children are killed and property is destroyed in a dirt-poor region where nobody has anything to begin with. Locals go from neutral or uncertain to openly hostile; after the men of Second Platoon, Battle Company go home, O.P. Restrepo and the rest of the Korengal are abandoned to the Taliban.

Context, goals and accomplishments are deliberately withheld in a cinéma-vérité film like this one -- meaning a documentary with no narration or interviews with outside experts, and minimal interpolated information -- but they are crucial to understanding war, and to understanding why "Restrepo" paints a very different picture from Kathryn Bigelow's Oscar-sweeping "The Hurt Locker," although the movies are superficially similar. Both pictures are concerned with capturing war as soldiers live it in intimate and visceral detail -- the camaraderie, hilarity and boredom, along with the terror and death -- but of course Bigelow's film is a lavishly constructed fiction, while Hetherington and Junger spent a year with the men at O.P. Restrepo, putting their own lives at considerable risk. (As you can see below, "Restrepo" will be playing in several smaller, military-oriented cities that independent films don't often reach.)

Jeremy Renner's character in "The Hurt Locker" is presented as the modern equivalent of a medieval knight, a man who finds his sense of self in combat. His tasks are unambiguously brave and noble -- disarming bombs that are likely to kill soldiers and civilians alike -- but the movie comes very close to suggesting that war and violence are in themselves an ennobling activity, a necessary hardening agent in masculine identity. This is a powerful idea in human history, and especially in the most mythological version of American individualism. It would be a great mistake to assume it has lost its power over us now that allegedly civilized people largely agree that war is evil.

I don't see Bigelow's film as political in the narrow sense. She's not interested in categories like left or right, or in the specific moral calculus behind the Iraq conflict. As always, she is mesmerized to the point of obsession with masculine codes of behavior. "The Hurt Locker" is not pro-Iraq-war propaganda -- but it might be understood as pro-war propaganda, in a more general sense.

In one male-bonding interlude in "Restrepo," two new arrivals, or "cherry bitches," are pitted against each other in a wrestling match. As another soldier remarks about one of these guys, "He's not just cherry in the Army, he's cherry at life. We're turning him into a man -- that's what it's all about." That episode is almost puppy-dog innocent, at least on its face, but "Restrepo" isn't. Junger and Hetherington take our conflicted ideas about war and its let's-make-a-man-out-of-you purpose and throw them in our faces, in a way "Hurt Locker" never does.

As one of several firefights in "Restrepo" winds down, one soldier, exhilarated by survivor's adrenaline, remarks that being shot at is like a drug high. "It's better than crack," he jokes. How will he readjust to civilian existence when he goes home, someone asks? "I have no idea." Now, the only way to defend the entirely pointless and destructive campaign these men waged in the Korengal is to say that sending young men around the world to experience that drug high -- the high of shooting, and killing, and possibly dying, as about 50 Americans did in that valley -- in the name of vague notions about honor and patriotism and sacrifice is a good thing in itself. Because they sure as hell didn't accomplish anything else.