Is the USDA adding justice to the basic food groups?

For the first time ever, our official dietary guidelines might address access to healthy food for poor people 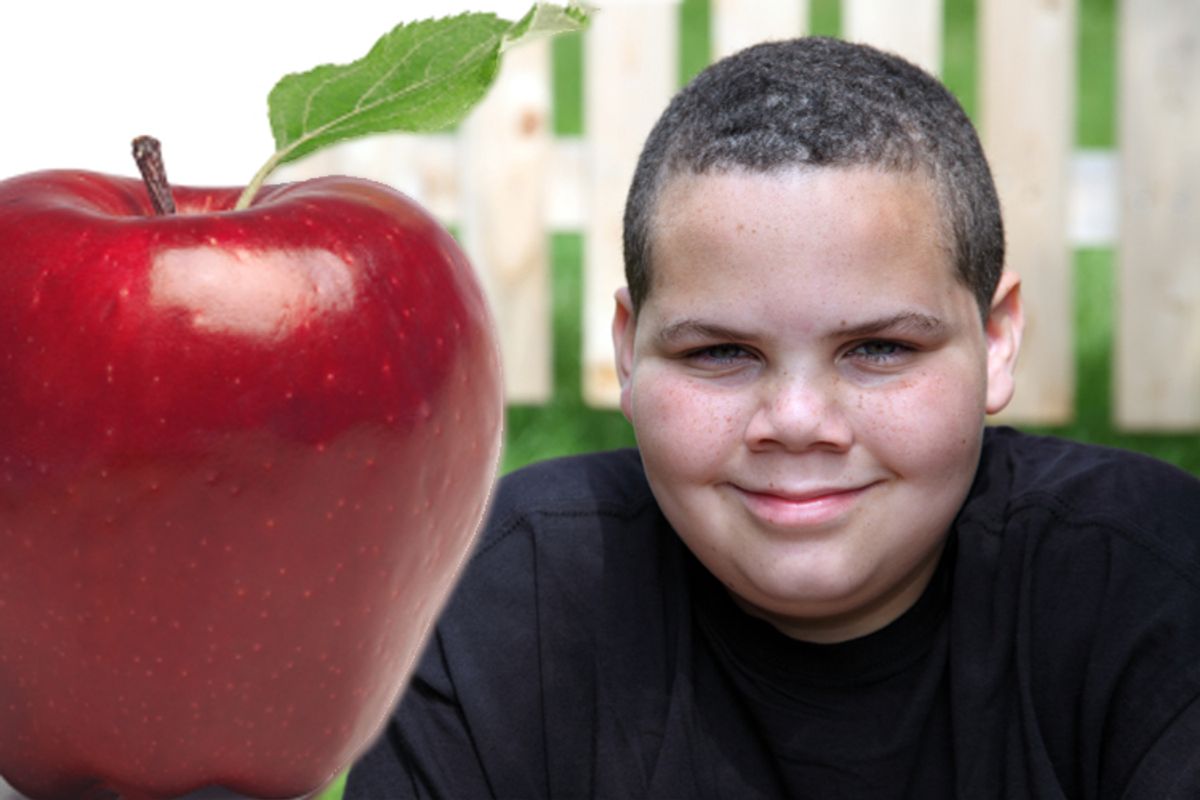 First, the good news: The Dietary Guidelines may not mean a whole lot to the average consumer, but they deeply influence decisions made by school and institutional food services, federally funded feeding programs like Meals on Wheels, and food labeling. As our friend Dr. Ayala described in her blog, the Dietary Guidelines Advisory Committee recently released its report, officially recommending a steep drop in sodium intake; a smart, realistic move toward encouraging people to rely less on abstract ideas like recommended daily allowances (put away your nutrition calculators! Wait, you don't have one either?) and to think in more big-picture diet patterns, like Mediterranean or vegetarian diets; and, most intriguingly, it actually addresses the systemic access issues behind much of our obesity problem:

In order to reduce the obesity epidemic, actions must be taken to improve the food environment. Policy (local, state, and national) and private-sector efforts must be made to increase the availability of nutrient-dense foods for all Americans, especially for low-income Americans, through greater access to grocery stores, produce trucks, and farmers’ markets, and greater financial incentives to purchase and prepare healthy foods. The restaurant and food industries are encouraged to offer foods in appropriate portion sizes that are low in calories, added sugars, and solid fat. Local zoning policies should be considered to reduce fast food restaurant placement near schools.

(Elsewhere in the document, the committee recommends improving the quality of school food, including taking out soda and snack machines.)

So, could it be that the USDA is performing some kind of super-political jujitsu to turn its national-nutritionist duties into advocating for food justice? This is the first time these issues have been discussed in this process and it's certainly exciting language, but a closer look gives reason for more guarded optimism.

First, these aren't technically the USDA's new Dietary Guidelines yet. While the Advisory Committee used to actually write the guidelines, the USDA now considers the work of the committee to simply be a "report," and is not obligated to accept these recommendations, a change enacted during -- guess when? -- the Bush administration. So that political jujitsu might just be a part of the regular political kabuki.

And on her blog foodpolitics.com, Marion Nestle, chairwoman of the Department of Nutrition, Food Studies, and Public Health at New York University, looks at the report with a certain -- perhaps inevitable -- level of disappointment (though she does love the science in the report).

In her book, "Food Politics," she describes a conflict of interest inherent in the process: The government agency that is primarily responsible for handling the business of food production is also charged with telling you which foods are good and bad for you. To be fair, this wasn't a hard needle to thread when malnourishment was our country's overriding diet issue -- the message was "eat more of this" and "eat more of that," something nutritionists and industry could agree on. But since we've shifted to a culture of overabundance with enormous rates of obesity, the message is much more politically fraught. "Eat less" doesn't really sell a lot of food.

Nestle served on the Advisory Committee that wrote the guidelines in 1995 and came away with an intimate understanding of the political battles waged between advocates, scientists and lobbyists for every inch of rhetorical ground. And on the current report, she points out a common, undermining result of that political game: that when the advice is "eat more," the report refers to actual foods -- fruits and vegetables. But when it switches to the "eat less," it refers, vaguely and confusingly, to specific nutrients like saturated fat, added sugar, etc., without daring to name what foods might be high in those things. This, Nestle charges, is intentional obfuscation, a result of the food industry's thronelike seat at that table.

But, by that same view, wouldn't the Advisory Committee report's newfound concern with the overall food environment be taken as a bit of a shot across the bow to junk food peddlers, given current rates of obesity, which are over 25 percent in two-thirds of states? Even Nestle seems cautiously hopeful. When I e-mailed her to ask whether these recommendations will end up mattering, she replied, "They have to be understood politically -- as a warning to the food industry that business as usual is not acceptable." And, as Nestle notes, the report is open for public comment until July 8, after which it gets put through a bureaucratic meat grinder and emerges as our next set of Dietary Guidelines. Pity if it boils down to another serving of same-old, same-old.