This week in crazy: Gallagher 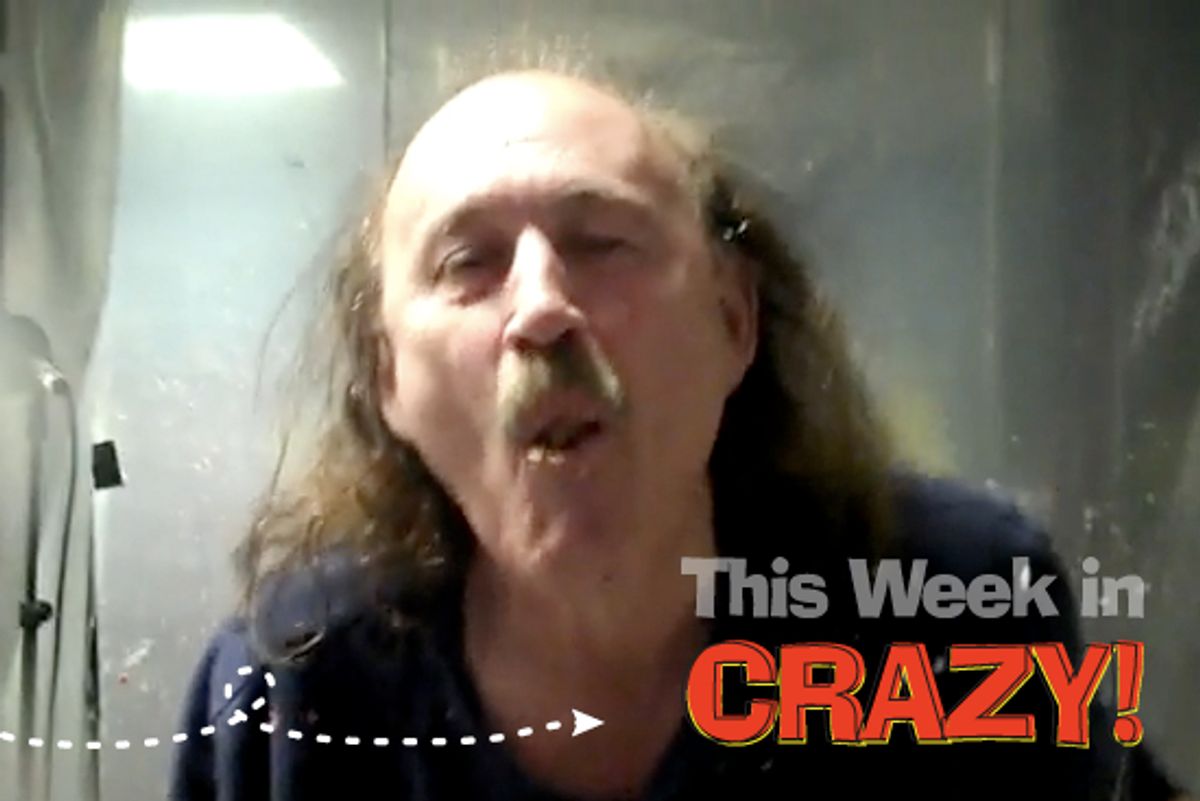 It's been a blessedly long time since we gave any thought to prop-comic and squasher of summer fruit Gallagher.

But when a story in Seattle's the Stranger this week described him as a "Paranoid, Right-Wing, Watermelon-Smashing Maniac," we here at Crazy Central were suitably intrigued.

Relating the tale of the 63-year-old comedian's recent sold-out performance at Washington's Admiral Theater, writer Lindy West goes from snarky young critic expecting fogy gags to horrified silent witness to pure unbridled lunacy. Turns out Gallagher's current act, while still relying on hammering random stuff like water chestnuts (which Gallagher puzzlingly refers to as "China people and queers") is a hate-strewn celebration of the "Anglo-Saxon Viking" and his assertion that "I am powerful, I'm an American and I'm gonna speak my mind." Look out, United States.

We're not sure how it happened, but somewhere along the way Leo Anthony Gallagher Jr. has gone from merely a comedy hack to a full-fledged hate monger. His disgust for "French fags," lesbians and Obama (about whom he sneers, "You're a latte, you're half whole-milk … you could be a terrorist!") is now bigger than that oversize couch he used to jump around on. Things Gallagher likes: America, "poor Michael Vick" and normal names that won't give your baby "little lesbian tendencies." Things he does not like: everything else.

Sure, we suspected all was not right under that beret years ago, when he let his brother become his living spinoff, Gallagher II, and then sued him over it.  And his notorious 2005 interview with the Oregonian, wherein he managed to trash Letterman, Leno, Tom Hanks, Michael Keaton and Jim Carrey, didn't make us think this was a guy with a lot of love to go around.

But someone who rides around in a giant Big Wheel and still dresses like Doug Henning just didn't strike us as someone who'd despise the Rice Krispies elves because they seem so "gay." Someone whose idea of a joke is, "Well-known ana-wreck-sick Nicole Richie had to stop trying to breast-feed her new baby when the poor little thing's cheeks collapsed and mamma was treated for a hickie on her tittie."

Speaking to the Onion's AV Club last fall, the comic said, "I think the fact that I'm still in business 30 years later proves that this is the proper way to think about things." It proves something, all right, but we think it's likelier the end of civilization. Gallagher has never been funny ha-ha. But who knew till now that the man with the mallet was so funny-horrible?