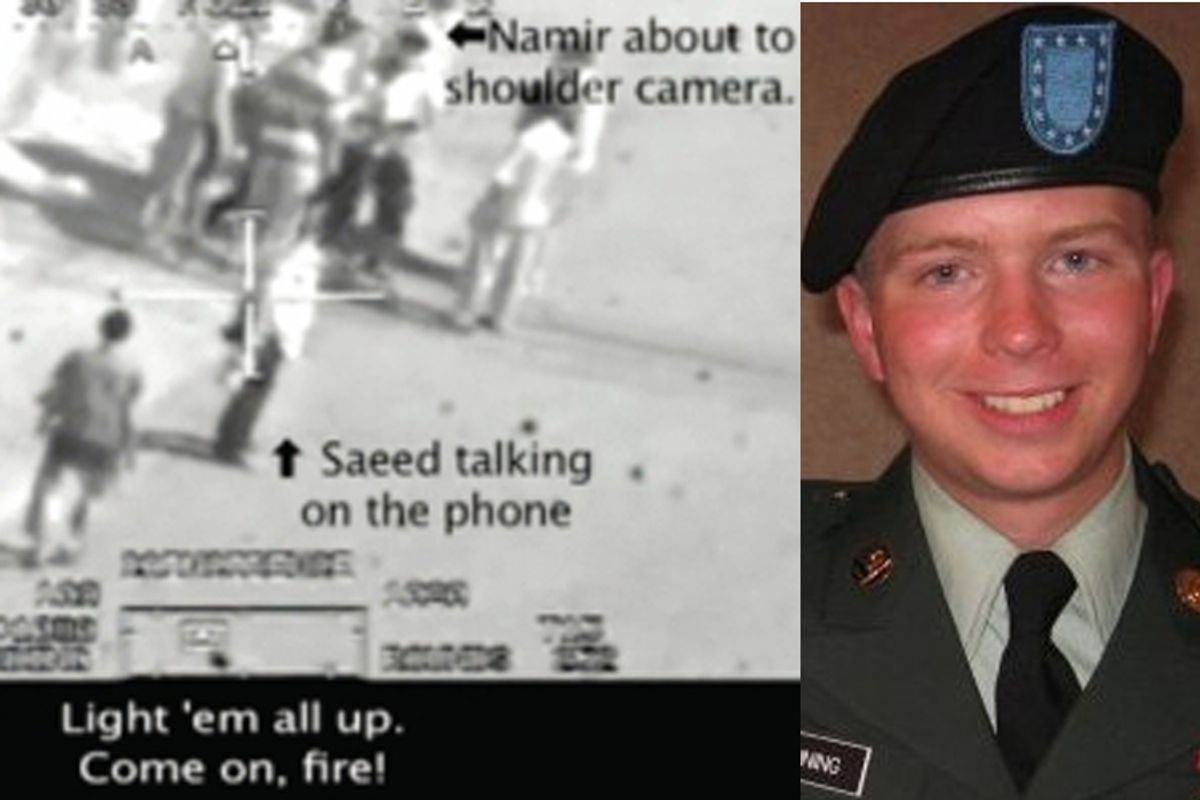 Bradley Manning and a still from the Apache helicopter attack that appeared on WikiLeaks.
--

Pvt. Bradley Manning faces criminal charges for allegedly leaking a classified video to WikiLeaks. The video showed a 2007 Apache helicopter strike in Baghdad that killed two Reuters journalists and 10 other civilians. Manning also supposedly leaked video of a civilian massacre by American aircraft in Afghanistan as well as thousands of diplomatic cables. The charges are for "transferring classified data onto his personal computer and adding unauthorized software to a classified computer system."

It's never been clear how Manning gained access to all the classified material. Also still unclear are the roles and motives of self-promoting hacker Adrian Lamo -- whom Manning "confessed" to -- and Wired magazine's Kevin Poulsen, who published the Lamo/Manning chatlogs. For background on the case you can't do better than this comprehensive post from Glenn Greenwald.

The full charges -- including espionage -- are here.