After a NSFW picture of the pop singer leaks, the gossip blogger pushes his ultraconservative agenda 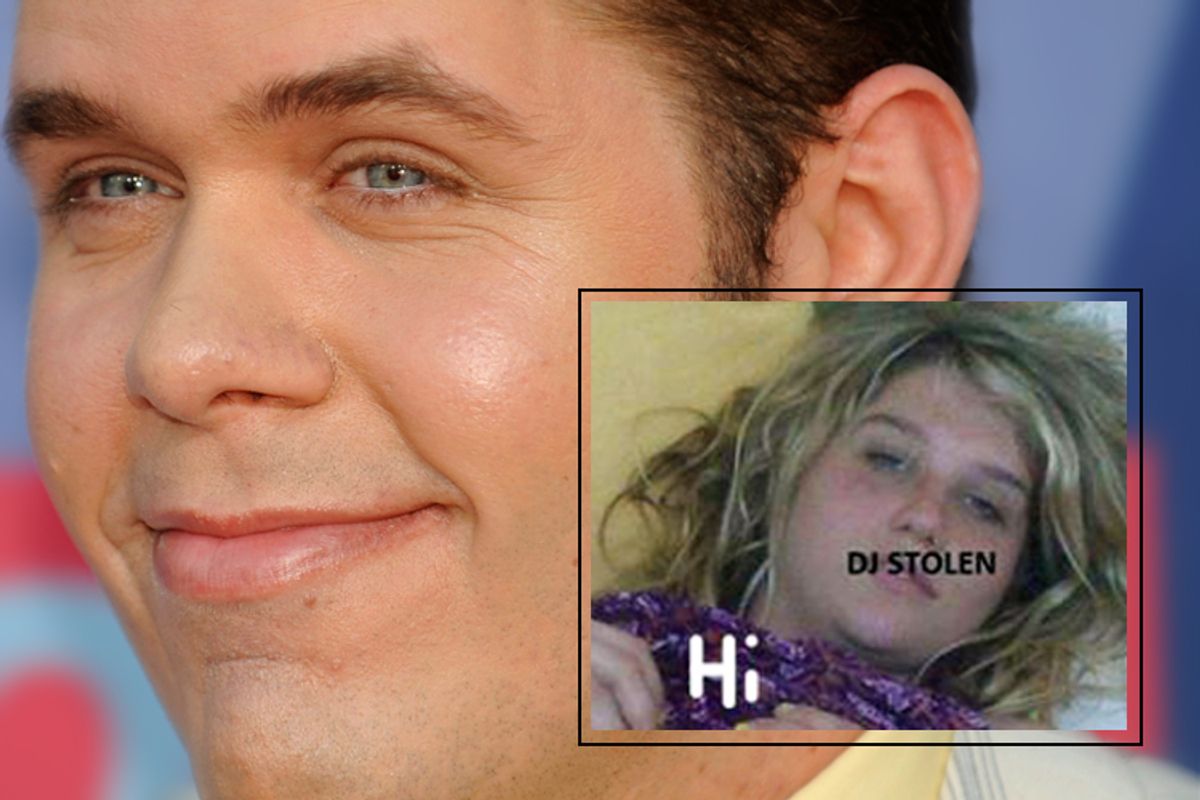 When the news broke Wednesday of a very NSFW photo of (supposedly) pop-tart Ke$ha, seemingly wearing the aftereffects of an intimate encounter, it was clear that our leading morals cop would be all over the story like, well, spunk on a porn star. To whom could I be referring, you ask? Focus on the Family founder James Dobson?  "Hooked" authors Joe S. McIlhaney and Freda McKissic Bush?  Perennially shocked-about-everything Caitlin Flanagan? Sure, they might get around to it eventually, but when the time comes, they probably won't come out and call her a "dirty whore" for her adventures. No, leave it to Perez Hilton, the most flamboyant gossip-monger ever to out-conservative the conservatives.

Considering that Hilton's favorite hobby is drawing dribbles of semen on pictures of celebrities, that authentic-looking, already jizzed-up image must have made him feel like shooting a wad of his own. Indeed, Hilton's glee was evident in his exclamation point-riddled Wednesday tweets, addressed not merely to his followers but directly to Katy Perry, Adam Lambert and Rhianna, bleating, "You must see this!" (The better, one assumes, to drive traffic from those other singers' fans to his own site.) Well, what do you expect from the man who spent the better part of June looking under Miley Cyrus' skirt?

There are certainly plenty of other sites out there willing to broadcast updates on who's cheating, who's going commando and who's just leaked another sex tape. But what separates Hilton from the Radars and TMZs of the world is his compulsion to editorialize as he shares. Proudly proclaiming his blog "Hollywood's most hated website," Hilton calls them like he sees them -- and what he mostly sees are whores. And that's why Hilton, despite his fight-picking, "I'm so naughty" shtick, isn't just a bully, he's a prude. His site may be fueled by the prurient appetites of his visitors, but his whole persona is built on finger-wagging disgust about it. Disgust at that "bitch" Dina Lohan, that "big fat cunt" Lily Allen, that "trampy" outfit-wearing Miley Cyrus, that "slut" Sienna Miller. Oh my my my, what's a "queen of all media" to do with all this rampant strumpetry? Whose slatternly behavior will give Mario Armando Lavandeira Jr. a case of the vapors next?

There's certainly room in The Dialogue for all kinds. I'm often pretty burned out on the celebrity overexposure of the week thing myself. (Money can't buy class, but it can buy underpants.) So if you want to make a case for how Ke$ha's social life says something about youth and sexuality and the decline of civilization, I might not agree, but at least I'd know you'd given the matter some thought. Hilton doesn't want to do that, though, not when he risks alienating his equally holier-than-thou audience. Not when it's easier to just assume everybody's a whore.

Instead, like an overly evangelical politician or priest (Hilton, interestingly, is an alum of the Belen Jesuit School), he spends his time obsessing on the sins of others -- but without the mannerly restraint those other guardians of our good behavior are obliged to show. He's closer in spirit to those abortion clinic protesters brandishing posters of fetuses, preferring to stomp around and wave his vivid shows of outrage in our faces. Look at this! Isn't it DISGUSTING? Here, let me get another eyeful. Still HORRIBLE!

Is Hilton's ongoing froth all just a clever act, a way of serving up smut with a cleansing side order of moral outrage? Or is that wide streak of Puritanism the real deal? Hilton's famous viciousness, his seeming delight in inspiring the loathing of his favorite targets, would suggest something deeper than the garden variety Hollywood attention-seeking he so fondly chronicles. It looks instead for all the world like ... a crusade -- a crusade awash in seminal fluid, revulsion and judgment. Way to go, sir -- Fred Phelps himself couldn't have done it better. Who, after all, enjoys making enemies more than a man with an unshakable sense of his own righteousness? It's consoling to consider that despite his daily fresh crop of censure, Hilton's victims like Ke$ha generally manage to do a fine job of going right on living their lives. But, Lord, save the rest of us from the sanctimony, Perez Hilton.