The Bush lawyer who authorized torture sees only one victim: Himself 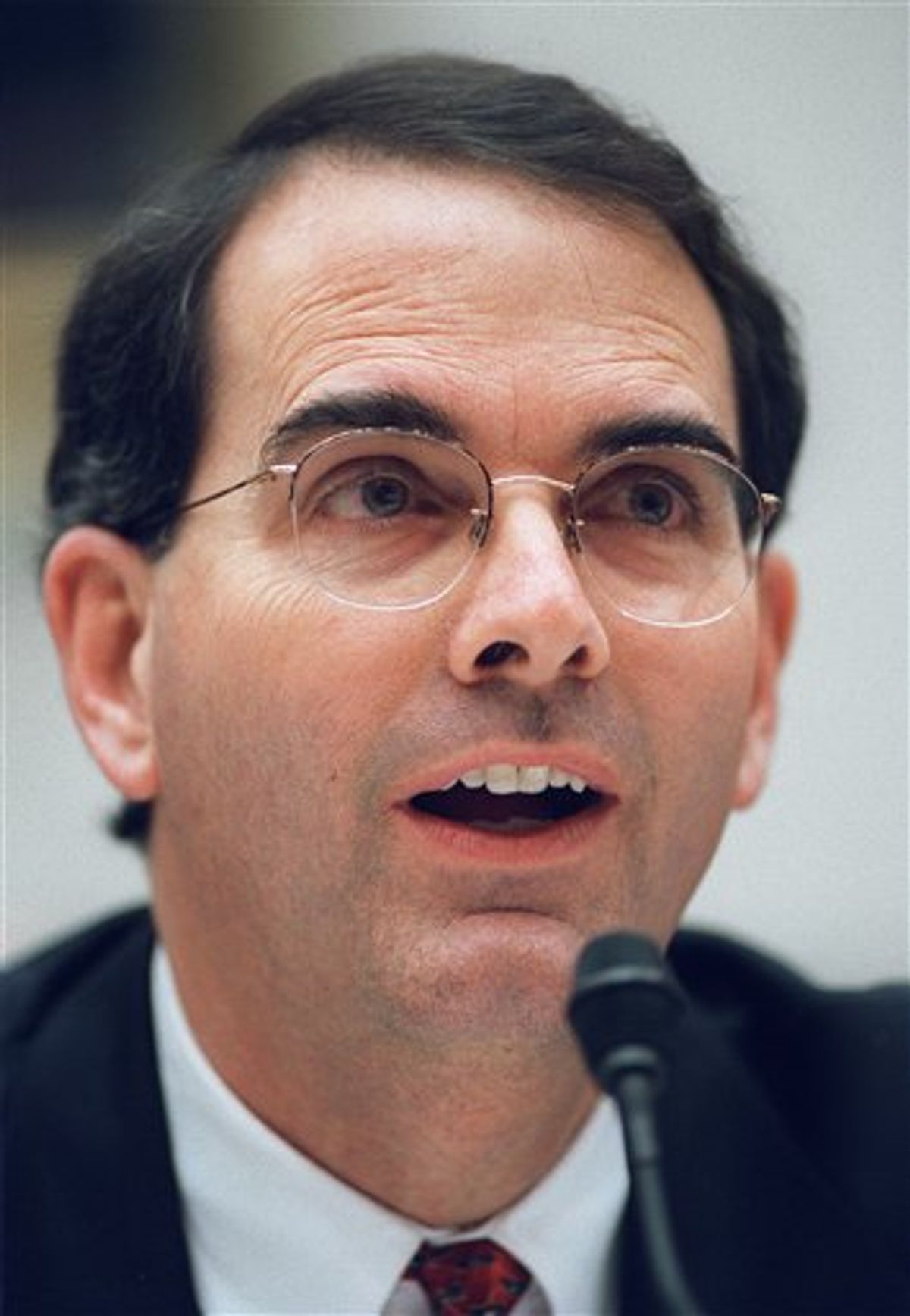 The New York Times has an article today on Jay Bybee, the torture-authorizing Bush OLC lawyer and current judge on the 9th Circuit Court of Appeals.  The focus of the article is Bybee's recent Congressional testimony that several of the torture tactics used by the CIA were never approved by the Justice Department -- which means they should fall outside the scope of the Obama DOJ's immunity shield from prosecution -- but it was the last passage that I think is most noteworthy (h/t reader rg):

[Bybee] said he was "proud of our opinions" at the Office of Legal Counsel, too, calling them "well researched” and "very carefully written."

Still, he said the controversy surrounding his tenure there had been difficult.

"I have regrets because of the notoriety that this has brought me," he said. "It has imposed enormous pressures on me both professionally and personally. It has had an impact on my family. And I regret that, as a result of my government service, that that kind of attention has been visited on me and on my family."

Just think about that.  The so-called "government service" Jay Bybee did caused countless detainees to be subjected to systematized, medieval torture techniques designed to permanently break their mind and spirit.  Innocent men spent years wasting away in a cage, with no due process of any kind, subjected to horrific and life-destroying abuse because of what Bybee authorized.  So frivolous were Bybee's opinions that they were scorned even by subsequent right-wing, Bush appointees such as Jack Goldsmith, and the DOJ's own Office of Professional Responsibility formally renounced and harshly criticized those memos.  For that work, he was rewarded with a life tenured, permanently-well-paying job as a federal appellate judge.

But the only victim Bybee recognizes in all of this is himself, and the only "regret" he has is the self-pitying objection that the dark, ugly and destructive work he did caused him to be subjected to some criticisms.  It's extremely similar to what Karl Rove identified yesterday as his "biggest mistake":  not helping to start a war on false pretenses that killed hundreds of thousands of innocent people, but rather, failing to attack war critics with sufficient viciousness.

These are individuals who destroyed the lives of countless innocent people with gruesome and lawless "policies."  Not only did they never suffer for it, they have been richly rewarded with wealth and life-long job security.  And still, the only tragedy they see from everything that happened is their own trivial "suffering," i.e., the fact that they're criticized in some quarters for what they did.  The term "sociopathic self-absorption" should have a huge picture of them next to it in the dictionary.

UPDATE:  The scoipathic self-pity exhibited by Bybee here is not uncommon.  As his company ravaged the Gulf, BP CEO Tony Hayward's complaint that "I'd like my life back" demonstrated who he thought was the real victim of the oil spill -- himself.  Bush era CIA Chief and Iraq War enabler George Tenet lamented "the toll that the Iraq War had taken," by which he meant not the hundreds of thousands of innocent dead people or the multiple tours of duty for American soldiers, but rather the teasing which his children received at school for having a father who helped unleashed that war.  And Alberto "Geneva-Conventions-are-quaint-and-obsolete" Gonzales -- in the wake of his scandal-caused forced resignation -- wasted no time publicly complaining about his inability to find a high-paying job.

That's what happens when you create a society where elites can engage in the most wretched and destructive acts with total impunity:  it engenders a blinding, empathy-free, effete sense of entitlement whereby they see themselves as the only ones who matter and their own plight as the only one worthy of consideration.  If you build a political system grounded in the premise that there's an elite caste so special and elevated that they are entitled even to hover above the laws and rules to which everyone else is subjected, the beneficiaries of that caste system are always the first to believe in its virtue.