The star's Twitter feed is all about product endorsement. Welcome to the weird world of sponsored celebrity tweets 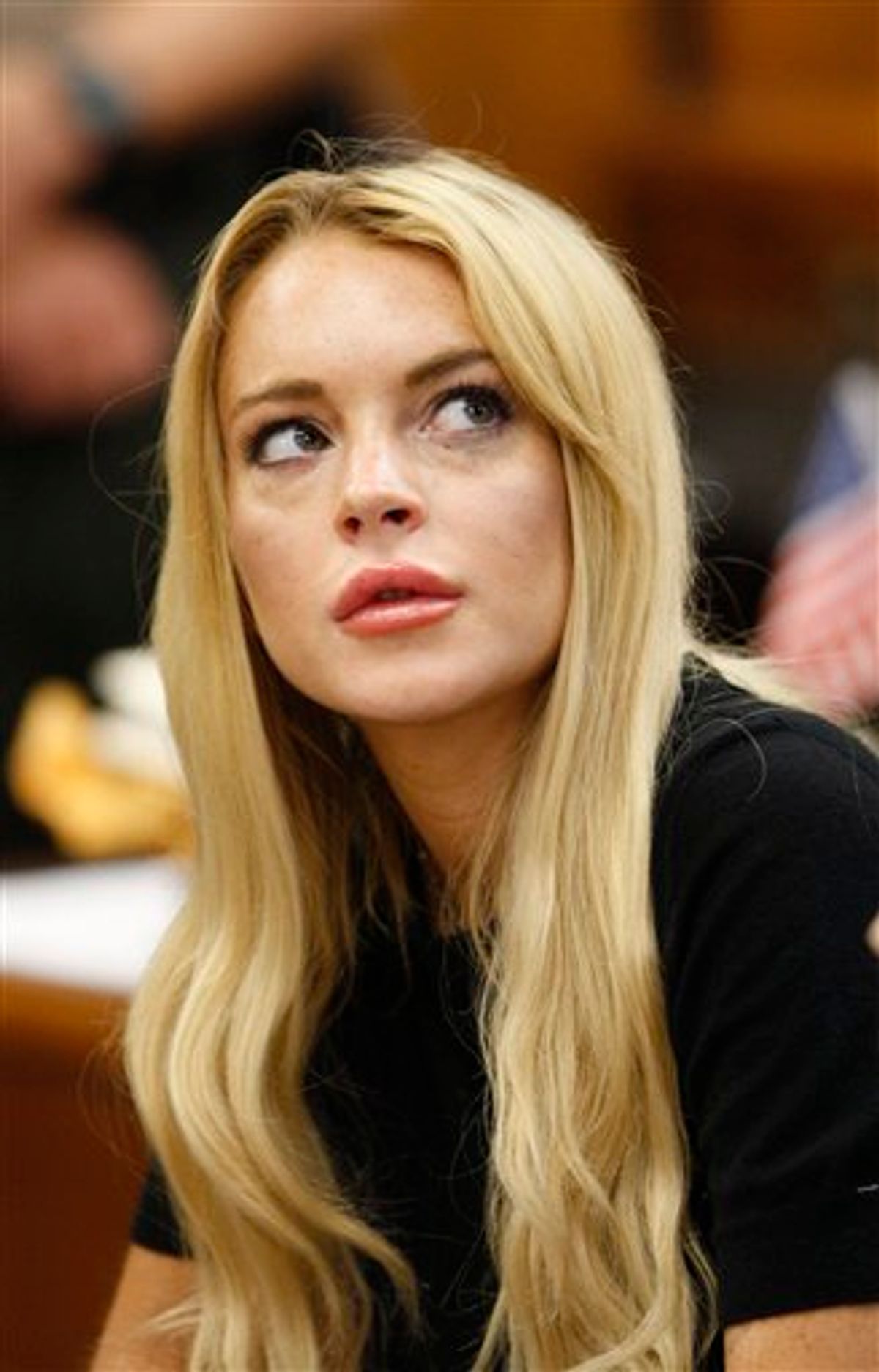 FILE - In this July 6, 2010 file photo, actress Lindsay Lohan appears in a courtroom for a probation revocation hearing in Beverly Hills, Calif. Lohan is scheduled to turn herself in Tuesday, July 20, to begin serving a 90 day jail sentence for violating the terms of her probation for a 2007 drug case. (AP Photo/David McNew, Pool) (AP)
--

As she heads off Tuesday morning to begin paying her debt to society, Lindsay Lohan is sending out a few final thoughts to her fans and followers via Twitter. She is joking that she never thought she'd get a "booking" like this. She still doesn't want anything to do with her dad, because she's "in a great place." And she would also like to remind you that Fashion Bay is the "Best, Site, Ever!" Glad to see where her priorities are.

If you can't trust the judgment of a woman currently shackled to an ankle-monitoring device to steer you to the most reliable penny auction out there, whom can you turn to? As BNETcoolly noted last week, so great is Lohan's enthusiasm for Fashion Bay that she was tweeting her OMGs about the site the same day she was sentenced to 90 days in jail. Since her sentencing, she's also tweeted her support for décor site One King's Lane and Norton's antivirus ware, scolding, "Don't be fooled!"

A girl has to eat, of course, especially when she's busily redefining the term "box office poison." And Lohan isn't the only person to leverage her platform into Twitter endorsement manna via CelebTweetAds. The company is a veritable who's who of the C-list, paying such demi-luminaries as Heidi Montag, Stephanie Pratt, and both Khloe and Kourtney Kardashian to "send an ad to your followers on behalf of brands you love." Considering how exhausting it is to type 140 characters at a time, it's nice that the stars don't even have to write their own copy. Want to get in on the hot, compensated spokesperson action yourself? Sorry, as CelebTweetAds explains, "NONE CELEBRITIES WILL BE DELETED OUT OF OUR WEBSITE." [sic] But if you're an advertiser and would like a celebrity to post about your product, you can pay for the privilege via Sponsored Tweets. Michael Ian Black will set you back the unusual sum of $5,882.50, but you can get the Fat Boys for the bargain price of $24.71.

Celebrities getting paid to put their stamp of approval on goods and services — either in the overt form of advertising or in subtler forms of public consumption — isn't new. Lohan herself has been shilling since she could stand upright. But while Lohan is in jail, will a Lindsay-bot still be tweeting about those awesome bargains?

When she finishes her sentence, she's set to return to acting, doing the "violent nudity" required for the Linda Lovelace biopic "Inferno." But today, there's something sad and shabby about watching a once-promising actress shuffle off to the pokey, her reputation in tatters, her legal team in shambles, still cheerfully trying to get her Twitter followers to give a crap about one-dollar Louis Vuitton handbags.